Calpurnia’s story is how teenage rock dreams are meant to unfold: four friends, all raised on a healthy diet of the Beatles, Nirvana and David Bowie, and a deep love for their respective instruments, retreat one day to a basement and begin jamming together. They cut their teeth on some cover songs and then, with just enough confidence and a dose of adolescent enthusiasm, they write and record their own tunes. And the results are nothing short of stunning. “It was kind of destined to be,” Finn Wolfhard says of the almost serendipitous genesis of the rough-and-tumble Vancouver-based indie-rock foursome he formed with three of his now-closest friends. “We all just really clicked. And when I’m passionate about something,” the singer-guitarist adds of Calpurnia, who this spring release their self-titled debut EP via Royal Mountain Records, “I like to get it done as quickly as I can. There’s not a lot of wasting time. I love just going for it. Go big or go home.”

Today, the band has given us a taste of what is to come from their debut EP which was recorded in Chicago this past November with Twin Peaks’ frontman Cadien Lake James serving as producer. The video for “City Boy” was directed by Josiah Marshall, bassist from Whitney, who captured the band while they were making their record.

Calpurnia will be touring this summer in support of the EP including the recently announced Royal Mountain Music Festival at Raspberry Farm in Ontario where they will share the stage with Mac DeMarco, U.S. Girls and more.

More on Calpurnia….
The band – which in addition to Wolfhard includes lead guitarist Ayla Tesler-Mabe, a six-string prodigy whose bedroom-shredding viral videos have earned her legions of fans on social media, bassist Jack Anderson and drummer Malcolm Craig – all grew up within walking distance of one another. But it took Wolfhard – best known as one of Hollywood’s hottest young actors thanks to his role as Mike Wheeler on Netflix’s hit series “Stranger Things – meeting Craig on the set of Canadian punk rockers PUP’s “Guilt Trip” music video for things to finally spring into motion. In short order, the pair met Tesler-Mabe at a music summer camp, and she quickly introduced them to Anderson, her close childhood friend and bassist. “And as soon as we started rehearsing it was just insane,” Anderson says of the quartet’s instant personal and musical chemistry. “It was kind of unbelievable. Like a gift.” Once they played their first official gig together, it was a done deal. “We had all the adrenaline we needed,” Craig says. Where they’d previously played cover songs, “after the response we got,” Craig notes, “we were like, “Let’s record some of our own music!””

For more info on Calpurnia checkout their Facebook Page at https://www.facebook.com/Calpurniatheband/

“How Did We Get So Dark”
Royal Blood
Warner Bros.
Tracks: 10

The UK Duo Royal Blood are back with their sophomore release via Warner Bros. Records titled “How Did We Get So Dark”. As the follow up to the bands successful 2010 release “Royal Blood”, the new album features 10 fresh tracks which were produce by the band along with Tom Dalgety and Jolyon Thomas.

Having caught Royal Blood when they opened for the Foo Fighters on their “Sonic Highways” tour I was instantly amazed at the sizeable sound these two guys were able produce. Needless to say I was instantly hooked. The band’s latest offering “How Did We Get So Dark” is a bit of a departure from the group’s self-titled release as I found it lacking the punch and grittiness of its predecessor. Tracks like “How Did We Get So Dark” and “Hole On Your Heart” feature much more robust instrumentation and production which I felt took away from the group’s signature bass, drums sound scape. Thankfully tracks such as “Where Are You Now” and “Hook, Line & Sinker” brought back some of the sound that originally appealed to me.

Though not an outright bad album “How Did We Get So Dark” is not what I consider a good album either. I applaud the band for stretching their legs while trying to expand on the limited possibilities of a two member group however, I think they may have strayed a touch too far from the signature sound that put them on the map making their latest offering one I just couldn’t get in to. 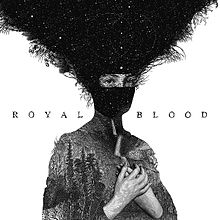 The self titled debut release by the UK based duo Royal Blood is an album you have to check out. When a traditional 4/5 piece band can make sounds as unique as those heard on “Royal Blood” that’s fairly impressive however knowing that Royal Blood consists of just two members  vocalist/bassist Mike Kerr and drummer Ben Thatcher that changes things dramatically.

The debut album is a carefully constructed wall of sonic noise that keeps the listeners attention throughout each of its 10 tracks. Songs like the albums opener “Out of the Black” and the raunchy “Figure It Out” tear through your speakers will ease as Kerr’s gritty bass sounds cover the ground quickly making you second guess the need for guitars at all. Combined with Thatcher’s spot on timing and ability to play in the pocket each performance comes off polished and professional. The duo only further confirm this with such tracks as the robotic like “Ten Tonne Skeleton” and the in your face “Come On Over

Though I found the album didn’t quite capture all the power of the groups live element it certainly comes pretty close. With each track on “Royal Blood” having a little something for everyone it makes this a great addition to any music lover’s playlist

Track Listing:
Out of the Black
Come On Over
Figure It Out
You Can Be So Cruel
Blood Hands
Little Monster
Loose Change
Careless
Ten Tonne Skeleton
Better Strangers

“Sofia the First” is currently my two year old’s favorite show. This book is also easily one of her favorite new books. “Sofia the First: Royal Prep Academy” is a life the flap book, which has been a lot of fun to play with. The book takes us into Sofia’s school and it really get  and keeps her attention. She likes being able to look under each flap and letting me what is under each one. A must for Sofia fans!

Disney has been doing this a lot recently where they shape the books like their based theme, for example with the recent “Jake and the Never Land Pirates: Winter Never Land”, which is shaped like a Christmas tree. This book is slightly shaped like, if you haven’t guess it, the Royal Prep Academy.  The book is very interactive and seems to be getting a lot of repeat business in our house.

“Disney Princess Royal Treasury: Read-and-Play Storybook” is a very pretty book. It is a 4-in-1 padded storybook that features stories for our favorite princess (or I should say specifically my daughters) Ariel, Aurora, Rapunzel, and Tiana.

Official Premise: Rescue a sacred dolphin with Ariel; go on an adventure with Rapunzel and Maximus; befriend a baby dragon with Aurora, and spend an evening with Tiana and Stella the dog in this 4-in-1 storybook

If the four stories aren’t enough to draw you in, like most of Disney’s books there is a code included to download the Disney Princess Royal Salon app. It is a very cute app and allow you to dress up and style your favorite princesses!

“The Swan Princess” started back as a 1994 animated fantasy musical film based on the ballet “Swan Lake”. Fast forward to 2014 and we get “The Swan Princess: A Royal Family Tale”, which is the fifth film in the series and which also celebrates the 20th anniversary. The film is cute but the animation is low-grade and it couldn’t keep our attention for the short 80 minutes.

Richard Rich has been behind this series from the beginning and has directed and produced each and everyone of these sequels. He is also behind the sequels in the “Alpha and Omega” series. You have to give him props for keeping it going for five films now but I think it might be time to call it quits on this series. These stories are all stand-alone, so I am sure he can keep it going for twelve movies like “The Land Before Time” but this will probably be the last one I watch.

Official Premise: Shortly after the Royal Family adopts a young girl named Alise, she is taken away into the forest. Princess Odette, Prince Derek and their woodland friends, Jean-Bob the Frog and Speed the Turtle, must work together to find a way to bring her home to the castle.

Sony delivers this film in a two disc combo back with a Blu-ray + DVD and HD Digital Ultraviolet Copy. In terms of special features, there are two bonus Sing-A-Long videos for “We Wanna Hear From You” and “Right Where I Belong”. Also included is a free, sparkly tiara for those little young princesses and a free Shutterfly Photo Book ($29.99 value) for the parents. Honestly, this is worth the purchase alone just for the photo book.

“The Phantom of the Opera” is the currently longest running show on New York’s Broadway. It is also currently has production playing London, Budapest and Las Vegas.  In October 2011, the show marked its 25th anniversary and took stage on the legendary Royal Albert Hall in London. I have seen the stage production of this show many times and this Blu-ray presentation is such an amazing representation of the show. This show features composer Andrew Lloyd Webber at the helm and really shows the wonderful scale of the stage production. Honestly if you have never seen this show, this is an amazing way to enjoy this whether it is your first time or your 10th time.

Andrew Lloyd Webber’s score on Blu-ray is so stunning boasting a fantastic DTS-HD Master Audio 5.1 surround track. Match that with an amazing HD presentation and this is one attractive Blu-ray. The video really captures the beauty and color in this show and really brings it to life in your living room. In the bonus features category, there is only one feature but it is worth watching to take a look into the shows production. “Getting Past the Point of No Return” is a very in depth behind the scenes featurette with the cast and crew.

The 25th anniversary production of this show not only looks beautiful but also includes an amazing cast and orchestra of over 200 and also features some very cool guest appearances like “Phantom” originals, Michael Crawford and Sarah Brightman. Taking on the role of the Phantom is Ramini Karimloo and the role of Christine is portrayed by Sierra Boggess, both who are know for their roles in “Love Never Dies” (the sequel to “Phantom of the Opera”). They both do such an amazing job and really bright their own unique specialties to the characters. Speaking of the sequel if you enjoy this Blu-ray do not forget to also check out “Love Never Dies”, which will be released on Blu-ray as well on May 29, 2012.