Meet the Mikes of MediaMikes.com

Meet the “Honorary” Mikes of MediaMikes.com 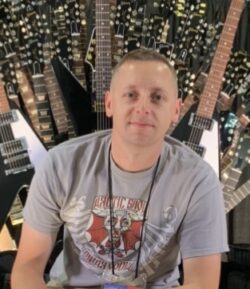 Adam Lawton came on board in the fall of 2010 conducting interviews with celebs and writing movie reviews featured on the site. Since the change from MovieMikes.com to MediaMikes.com, Adam has become the sites Music Editor conducting interviews with musicians and reviewing albums/concerts. Adam is also the eye behind MIA Photographs. In 2017 he and his son Ian began reviewing toys for the site as well. When he’s not covering live music or playing with toys he keeps busy by performing around the Tri-State area with his own band TAKE TWO. 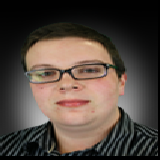 Jeremy Werner still smirks like an immature nine-year-old every time he tells people he has a BS degree. He spent five booze-filled years at Northwest Missouri State University, majoring in Broadcast Communications, with a minor in Advertising. Don’t let that fool you though; before coming to Media Mikes, Jeremy has worked at four radio stations, including a short lived Internet radio station and an NPR affiliate. When he’s not breaking his ankle, Jeremy is reading a good true crime novel, horror story or fantasy book. He also enjoys drinking craft beers unpretentiously and trying new food on his meager budget. When he has the time, he’s going to metal concerts and enjoying the Kansas City nightlife. Despite his jokes in poor taste, and the awkward silences that follow, Jeremy hopes you’ll enjoy what he writes and the people he talks to. Also give that podcast he helped start a listen. It’s pretty badass. Jeremy is a member of the Kansas City Film Critics Circle 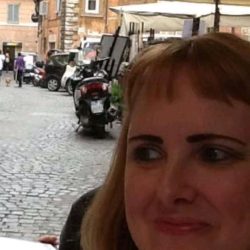 Loey Lockerby spent 20 years as that rarest of creatures – a paid film critic for print publications. Since losing her freelance gig with the Kansas City Star in 2017, she is content to talk about movies for free on Behind the Mikes, where she marvels at Jeremy’s youth and occasionally exploits Mike’s crippling fear of clowns. Loey has a degree in Film History and American Studies from Bard College, so she can use fancy terms like “dialectical montage” and “primary source historiography” in casual conversation (she just chooses not to). Her cinematic tastes are extremely eclectic, but given a free day and a couple of beers, she’ll happily watch cheesy horror flicks on Shudder for 8 hours straight. 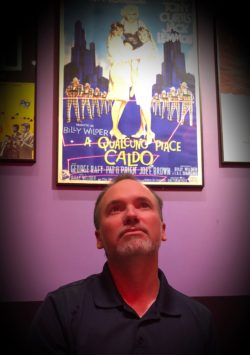 Michael D. Smith, with a passion for movies that began when his parents would take him when he was a kid to the local drive-in theater, and inspired by critics Gene Siskel and Roger Ebert, Michael started reviewing works of cinema in 1992 for his college’s student-run newspaper. Two years later he returned to the Kansas City area where he convinced the editor of his hometown newspaper, the Democrat Missourian in Harrisonville, Missouri, to publish his reviews. In 2000 he joined Sun Publications in Overland Park, Kansas where he served as film critic and A&E Editor. During his tenure there, he was also the film critic for the “Fine Arts Radio Hour” and “Celebrity Scoop” radio shows on KXTR in Kansas City. After three years at the Sun he became the A&E writer for the Olathe News in Olathe, KS while also working as a freelance writer for The Squire in Leawood, KS, Showcase Publishing in Lake Ozark, MO, and the Kansas City Star. Most recently, Michael served for almost 10 years as the film critic for the Kansas City arts-oriented Web site KCMETROPOLIS. Michael, who holds a B.A. and M.A. in American history, is a long-standing member of the Kansas City Film Critics Circle, a professional film critic organization established in 1966 by the late Dr. James Loutzenhiser. 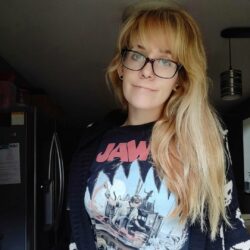 Becki Reiner is a teacher, freelance genre movie writer, pizza snob and parent to one small human and two annoying cats. Her areas of expertise are Academic Horror and 80s Schlock (in no particular order.) She was raised at a Drive-in outside of Detroit, Michigan and has spent her entire adult life on Long Island, living in a cul de sac as an amalgam of the characters from “The Burbs.”  She co-runs the Teenage Werewolves Horror Film Fiend Club which programs a weekly extracurricular, after-school film screening exploring the History of Horror for middle and high school students. Winston Zeddemore is her favorite Ghostbuster and she thinks movie theaters should have breakfast time appropriate concession snacks. 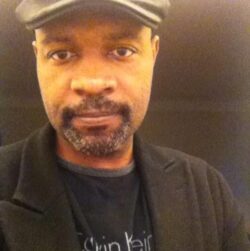 Keith Stevenson An avid fan of cinema since the age of 7 when his dad would take him to see Bruce Lee films, nothing prepared Keith for a little film that opened in the summer of 1975 called “Jaws,” which he still considers one of the greatest films ever made.  His love for films continued when he got a job at a local movie theatre in Bloomfield Hills, Michigan, working his way up to manager/projectionist.  His love of cinema continues to be fueled today by the almost 20 film groups he administers on Facebook.


Click Here to read our PressRelease from August 30, 2011, announcing the expansion of MovieMikes.com to MediaMikes.com.


Click Here to read our Press Release from February 23, 2010, that announced the start of our site.