In 1980 and 1981, The Damned went to Rockfield for a series of sessions that eventually became The Black Album, The Friday 13th EP, and Strawberries. Their time there produced some of The Damned’s greatest musical moments and memorable stories of horses, cows, vampires, rifles, and Lemmy.

In 2019, The Damned returned to Rockfield studios to record the first new music since 2018’s Top 10 Evil Spirits album.

The new The Rockfield Files EP will be released on October 16 via Search And Destroy Records/Spinefarm/UMG. Pre-orders are live here.

“Keep ‘Em Alive,” the first single from The Rockfield Files EP, is available now with an accompanying music video shot from the perspective of a bee going about its business. Watch it here.

Bees are essential for pollinating crops, and in turn, human survival; 17 species are reportedly endangered in the UK — keep ’em alive!

During the recording of the EP, the lineup included three out of the four The Damned members that were at the original sessions — David Vanian, Captain Sensible, and Paul Gray. There was also Monty Oxymoron on keyboards and Pinch on drums. Unbeknown to the band, this was to be the last recording with the long time drummer Pinch, who departed The Damned after their legendary show at The London Palladium last Halloween.

For the first time, Tom Dalgety (Royal Blood, Rammstein, Ghost) took over the producer duties for the EP. He also mixed the tracks at his studio in Bath.

“Black Is The Night”

The EP will be available in Black & Psychedelic Swirl Limited Edition Vinyl.

I remember when I first started watching “Phineas & Ferb” and it hadn’t caught one yet with audience. But now it is just amazing how much “Phineas & Ferb” has blown up for Disney. Perry the Platypus has become a high-profile brand name and the fan-favorite of the show. One thing I noticed in these episodes is that Vincent Martella, voice of Phineas, voice is definitely changing as he sound quite different. Dan Povenmire really steals the show as usual as the voice of Dr. Heinz Doofenshmirtz. He is one of the best and funniest characters that Disney has ever branded. He is funny and his antics never get old. This DVD contains 12 very funny episodes dealing with Perry and the Animal Agents of the O.W.C.A. (Organization Without A Cool Acronym). If you are a fan of this show, do not miss the chance to own this fantastic release.

The episodes including are: “Journey to the Center of Candace”, “Traffic Cam Caper”, “Bowl-R-Rama Drama”, “Vanessasary Roughness”, “Isabella and the Temple of Sap”, “Cheer Up Candace”, “Robot Rodeo”, “Lotsa Latkes”, “Agent Doof”, “Where’s Perry Part 1”, “Where’s Perry Part 2” and “What’d I Miss”. They are a great collection of episodes showcasing Perry and his band of animal agents. The two part episode “Where’s Perry” could have been released as a DVD set of its own. But Disney delivered not only those too great episodes but many more greats.

Official Synopsis: Join Perry the Platypus – a.k.a. Agent P – and his fellow operatives as they team up to thwart Dr. Doofenshmirtz and his dastardly “Inators.” Be they furry or feathered, scaly or slimy, these fearless agents roll over for nobody when it comes to crushing evil in the Tri-State Area and beyond. Fully loaded with over two hours of animated animal-themed adventures, including the exciting, two-part “Phineas And Ferb” cliffhanger “Where’s Perry?”, “Phineas and Ferb: Animal Agents” is a fun-filled, action-packed laughfest that will drive audiences wild!
“Phineas and Ferb: Animal Agents” includes a cool activity spy kit complete with a set of paper binoculars, trading cards and O.W.C.A. I.D. Badge.

The special features included are a collection of “Take Two with Phineas and Ferb” shorts, which features the duo with cameos from real-life celebrities. That is all the actual bonus footage but there is a bunch of extra cool stuff included. There is a foldable spy kit with binoculars included inside. But that is not all, Disney took the time to take it one step further. If you check out the cover inside art, it includes a game to use the binoculars for. This is very clever and a nice way to use an otherwise back side of the cover art. Congrats Disney delivering not only a great disc but also a nice goodies.

I am not sure what it is about serial killers but the topic always sparks America’s interest. “The Jeffrey Dahmer Files” is a documentary/re-enactment film about Jeffrey Dahmer during the summer of his arrest. Andrew Swant plays the serial killer in those segments and that footage is mixed in with real interviews with Jeffrey Jentzen, the medical examiner from the case; Pat Kennedy, the lead detective; and even Dahmer’s actual next door neighbor, Pamela Bass. I loved the way that the real and new footage that was created and is blended almost seamlessly. Even though this film is just a documentary, it still disturbing and creepy.

Official Synopsis: In the summer of 1991 Jeffrey Dahmer was arrested in Milwaukee and sentenced to 957 years in prison for killing 17 people and dismembering their bodies. ‘Jeff’ explores the city of Milwaukee by meeting those surrounding Dahmer during and after his hidden spree. Recollections from Milwaukee Medical Examiner Jeffrey Jentzen, Police Detective Patrick Kennedy, and neighbor Pamela Bass are interwoven with archival footage and everyday scenes from Dahmer’s life, working collectively to disassemble the facade of an ordinary man leading an ordinary existence.

When you see the re-enactment footage with Andrew Swant playing Dahmer and then the actual court footage of Dahmer it is very disturbing and at first almost hard to tell the difference. As a film, I think this word be better suited as a TV special then a feature film. But nonetheless, it was interesting and definitely grasped my attention for the near 80 minutes. In fact, I actually learned a few things about this notorious serial killer. If you are interested in serial killers, then I would recommend checking this out. 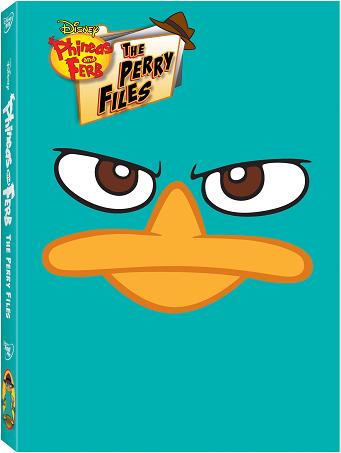 To celebrate the DVD release of “Disney’s Phineas and Ferb: The Perry Files”, Media Mikes would like to giveaway 10 copies of the DVD. If you would like to win one of these great prizes, please leave us a comment below or send us an email and let us know your favorite Phineas and Ferb character. This giveaway will be open until Friday June 22nd at Noon, Eastern Time and is only open to residents of the United States. Only one entry per person, per household; all other entries will be considered invalid. Once the giveaway ends, Media Mikes will randomly pick out winners and alert the winners via email.

While Phineas and Ferb do it all to make every day the best day ever, evil lurks just around the corner! But there is hope for the unsuspecting citizens of Danville. Now, for the very first time, crack open the top- secret archives of O.W.C.A. (Organization Without a Cool Acronym) to expose… THE PERRY FILES!

Join Perry the Platypus–a.k.a. Agent P.–on his most exciting adventures as he thwarts his nemesis, Dr. Doofenshmirtz, at every turn. With groovy gadgets, mad skills and his trademark brown fedora, this semi- aquatic, egg-layin’ mammal of action is unstoppable! Experience the hilarious havoc as he defends the Tristate Area against Doof’s “inators,” battles rogue agent “Dennis the Bunny,” and much more. When it comes to secret agents, Perry’s not only the real deal, he’s real teal!

DVD bonus features:
– Nerves of Teal: Do you have nerves of teal? Then OWCA (Organization Without a Cool Acronym) wants you! See if you have what it takes to become like Agent P in this spy recruiting video.
– Platybus Tour: Take a look inside the Platybus, the traveling Phineas and Ferb exhibit that toured North America. 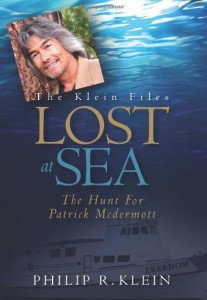 If I asked you about the “Patrick McDermott Case” you might not recognize what I was talking about. But if I added “Olivia Newton John”s missing boyfriend” before the name you’d certainly understand.

In the summer of 2005, while on an overnight fishing trip, Patrick McDermott vanished. A quick and hasty search by the Coast Guard, as well as investigation “experts” on land, concluded that he must have fallen overboard and drowned.

In the search for the ever popular ratings, the television program “Dateline N.B.C.” contacted famed investigator Philip Klein and asked him if he would take one of two cases they had been following. Intrigued by the celebrity aspect, and the fact that nothing seemed kosher in the information presented to him, Klein took the McDermott case. For over two years he and his team interviewed witnesses, checked alibis and investigated leads previously dismissed. And they got their man!

A true storyteller (I would love to just sit down at a table with Mr. Klein and hear some of his exploits), Klein begins the book in the middle of a harrowing plane ride. With his wife, Inga, he is escorting a suspected kidnapper and the young child she abducted back to Texas. Approaching the runway at 200 MPH the front landing gear fail to lock, causing the plane to skid. Cool heads prevail, thankfully, and everyone gets off safely. But those few minutes inside the plane are riveting. Once Klein accepts the case he and his team begin to systematically follow the clues. And there are many. Most of them point to McDermott’s horrid ex-wife, described by anyone that would talk about her as a bitch. And that was the polite word. As the case progresses Klein and his team literally travel the globe, setting traps and beating bushes. Taking advantage of the world wide web they set up a “spider” web site, one that captures the IP address of everyone that visits it. They also set up a public web site which, within 48 hours of the first “Dateline N.B.C.’ show airing, crashes 39 times and gets over 2 million hits!

While Klein is the lead investigator he also praises his “team,” from his office workers to his field men. And to Inga! It’s clear that she is the force which guides him, both personally and professionally, and his words of appreciation ring true.

If you’ve ever wanted to get inside a missing person case…and I mean INSIDE…then “Lost At Sea” is a fine entrance.