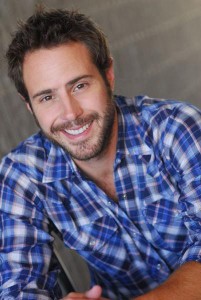 Peter Cilella stars in the upcoming film “Resolution” which will be part of this year’s Tribeca Film Festival. Media Mikes talked with Peter recently about his role in the film.

Adam Lawton: Can you tell us about the film “Resolution”?
Peter Cilella: This film is about a guy who goes out to a cabin in the middle of nowhere to get his friend clean from drugs. My character takes drastic measures to get him clean. Throughout the course of the movie we each deal with personal demons and without giving too much away there is something else out there. The movie is about different controls in our lives. I think this is something everyone can relate to even when it veers off onto an odd path.

AL: What drew you to the role?
PC: I am friends with Justin Benson who wrote and co-directed the film. I had done a bunch of short projects with him and I had also worked previously with Vinny Curran who is the other lead actor in the film. We felt that we had a good chemistry and everything worked. Justin had wanted to do a feature and I suggested to him about setting this film out in the middle of nowhere. A couple months later he had the script and money. It’s really nice to get to work with people who actually walk the walk. I am very fortunate to have 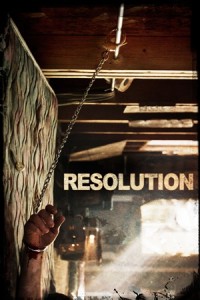 such a good friendship with these guys.

AL: I know you have done a lot of stage work in the past. Did you find it difficult transitioning from stage to screen work?
PC: I think the length of time we were away on location was the hardest part. We shot the film in about 20 days. Being immersed to that degree was different. I had done shorter commercial shoots and short film shoots but nothing like this. We had a pretty lengthy rehearsal process for the film which was pretty unique. Usually that doesn’t happen. I found there were a lot of great skills I could take from theater and apply them to film. It’s really a work ethic. The more you do it the better you get. If you are going to be a professional actor you have to do your training and work at it.

AL: Are there any other plans to take the film to more festivals after Tribeca?
PC: This is just the beginning. However I don’t know anything that is really concrete of where or what the film will be doing next.

AL: What other projects are you working on?
PC: I have co-written an action comedy with one of my good friends. We are shopping that around right now. I am also working through my first solo full length script. That has been a challenging process. I am actually trying to finish the first draft 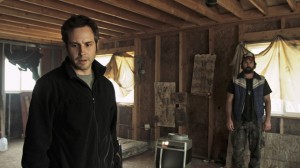 before the Tribeca Festival. Writing is really challenging but also very rewarding.

AL: Do you see yourself going more towards writing than acting?
PC: I would love to balance both. That is when I am the most happy. If I am only doing one or the other I feel like I am neglecting a side of me that needs to be fed. When I started writing years ago it was more out of frustration. I needed a creative outlet. I was between jobs and I had some down time. I needed to express myself and I really got into writing. I love story telling and it’s something that I don’t think I would ever want to abandon.