Amy Sorlie is the writer of the new shark thriller “Dark Tide”, which stars Halle Berry. “Dark Tide” was the first screenplay from Amy and she took out some time with Media Mikes to discuss working on the film.

Mike Gencarelli: Tell us about the origin of the project “Dark Tide”?
Amy Sorlie: From a very young age, I was always very fascinated with sharks, especially Great Whites. They’re extremely mysterious creatures and provoke a fear unlike anything else. Like so many others, I was deeply affected by Spielberg’s JAWS and wanted to try and tap into the fear and write a really authentic shark film.

MG: What did you do in order to research sharks?
AS: Halle Berry plays a shark biologist who studies Great Whites. Through knowing their mannerisms and behavior, she has cornered the market on being able to swim outside the cage with them. I did quite a bit of research in the first initial drafts, but it 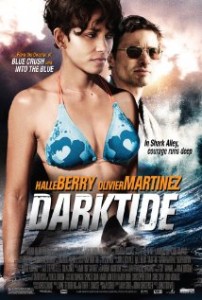 was fun research for me and something I’ve always been interested in. I did a cage dive at the Farallon Islands and that was an amazing experience. I already had a lot of shark knowledge, so most of the research was in dealing with the locations and setting of the film.

MG: This was your first script, what was your biggest challenge?
AS: I think the biggest challenge was just taking it all in when Halle came on board and wrapping my head around the movie actually happening. The ramp up to production was really difficult because it fell apart a number of times and then everything happened so fast. That age old saying is true – once they pay you, they can do whatever they want. I think something that’s hard about the first one is that you’re trying to please everyone while attempting to protect the script, which is a balancing act. In the end, you just have to let go because some things are just out of the writer’s control.

MG: How do you feel the script was represented in the film?
AS: Ya know, this is a tough one. On one hand, I ‘m happy the film got made, but on the other, it’s always really difficult to see your work changed. It’s something every screenwriter will experience in their career and it would be dishonest to say I’m 100% 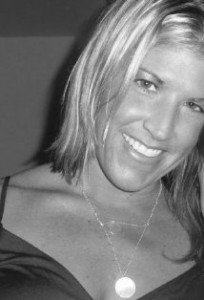 happy with the final script. I think it had a lot of problems and the writer they brought in to do the production rewrite really didn’t have a strong understanding of the material. And unfortunately, some of the financial people involved were making creative choices and that’s always kind of a recipe for disaster. That said, it’s my first produced movie and I learned a great deal of what to do, what not to do and what’s out of my hands. I get compliments on my original screenplay all the time, so at the end of the day, that makes me really happy.

MG: What do you have planned next?
AS: I’m about to hit the market with a new script I just finished. It’s a really fun heist in the vein of Mr. & Mrs. Smith. I’m also shopping a cable pilot and working on a wilderness thriller with producer Matt Baer.