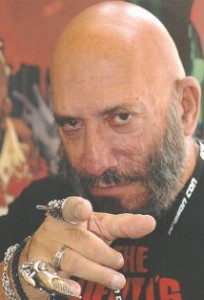 Sid Haig has been appearing in over 100 films since the early 1960’s. More recently he has appeared in the new Fred Andrews film titled “Creature”.  Media Mikes had a chance to speak with Sid recently about his role in the film as well as his role in the upcoming Rob Zombie film “Lords of Salem”.

Adam Lawton: Can you tell us about your role in the film “Creature” and how the role came about?
Sid Haig: I play a wacked out, maniacal religious type fellow by the name of Chopper. My character worships this “Creature” who lives out in the middle of a swamp and is well fed. Someone stumbles across our path and decides they are going to come check things out. It’s your pretty standard formula for when people start to run into creature. (Laughs) I became involved with the project through the most simplest of ways as my manager submitted me for the role. The people running things said “Hell Yes!” and away we went.

AL: How was it working with Fred Andrews?
SH: Working with Fred was very cool. Fred has been in the business for a long time and has gotten to observe how different things are done when it comes to making a film. He really had a good idea of how he wanted things with this film which made the situation very easy to work in.

AL: Can you tell us about your work on Jesse Dayton’s film “Zombex”? 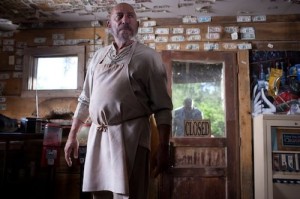 SH: I’m not too sure what the status of that project is right now however, I have seen some poster work for the film on the internet. It’s kind of strange sometimes when people want me to do a film but they feel they can’t afford me. I often will get brought in for a day and end up doing 3 days worth of work. I was in a number of scenes very briefly with people like Malcolm McDowell and Cory Feldman. We pretty much did our thing and got out. Jesse gave us an idea of what he wanted and we just went from there. There was quite a bit of improvisation work which I very much enjoy. Everything went smoothly.

AL: How does working on recent independent films compare to working on independent films from earlier in your career?
SH: When I first got involved in films around 1961 there was a lot more time as the budgets sort of matched the scripts. Nowadays a lot of films have been written that have more to them than the budget will allow. You often will be racing through stuff. It’s very similar to television where you have to do 20 plus set ups a day or your dead. You really don’t get time to interact with most of the cast. You are working with a small number of people for just a day or two. You often times will not know what happens before or after your scenes take place. I am usually just given the pages of the script that I am involved in. In my earlier films everyone got a full script. That just doesn’t happen that much anymore.

AL: What can you tell us about Rob Zombies new film “Lords of Salem”?
SH: I am sort of in the dark on that. I went in and worked on my scenes and that’s all I really know about the film. I didn’t get the 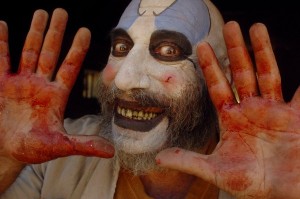 immersed story but I have a feeling it’s going to be something very special. The entire look of the film is very different. There is a much more gothic look to everything. The section of the film that I was involved in could be considered the prologue.

AL: Can you tell us about any of your other upcoming projects?
SH: I have a variety of projects that are all in different stages of production. I have been a very active boy. My publicist who is also my wife keeps a lot of the stuff about me on the internet updated so if you see my named attached to a project the chances are pretty good that things are under way. She has a good lock on that stuff.

One Reply to “Interview with Sid Haig”