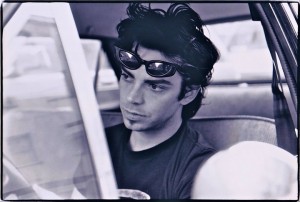 Will Keenan is the star of the new horror/comedy “Chop”, in which he delivered a great performance. He is also starring in a new film called “The Ghastly Love of Johnny X”. He started his film career with Troma film’s like “Tromeo and Juliet” and “Terror Firmer”. Media Mikes had a chance to chat with Will on his various recent and upcoming projects.

Mike Gencarelli: I thought you channeled your inner Bruce Campell in “Chop”, how did you prepare for the role?
Will Keenan: The Bruce Campbell will stop after “Johnny X”. First it was Richard Grieco, after that it was Tim Curry, then Robert Downey, and now Bruce Campbell? Why can’t I just be me, ppl? What/Who’s next? Kidding aside, I’ve only recently starting watching a lot of movies and I haven’t seen most of the films that people often cite when discussing my performances. Some day a star may be told he channeled his inner Will Keenan. When that happens, I suspect they’ll mean the way he “made odd look cool” (a quote from a fan).

MG: How was it reuniting with Trent Haaga on this project?
WK: Trent and I have a love/hate relationship. I love him and he hates me. But I gave him his first job in movies and since I’m a genius performer he weighed the pros and cons 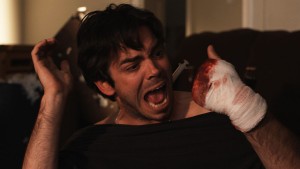 carefully for his directorial debut. (It was his wife Lynh who actually proposed I play the lead in Chop. And they’re still happily married, so, go figs.) Trent hasn’t gone so far as to block me on twitter (Will’s twitter: http://twitter.com/nuclearmango) but we just may be the new, funnier version of the relationship that director Werner Herzog had with star Klaus Kinksi.

MG: What was the most challenging aspect of working on “Chop”?
WK: The schmacting. Making it crazy-funny but with real feeling. The hardest part was memorizing (and Will Keenan-ifying) my lines of dialogue the night before the shoot days. I had just finished shooting another film, Politics of Love, on which I was a producer as well as performer (under the pseudonym Trillionaire) when we started shooting Chop so there wasn’t any rehearsal time before the shoot. Directly after Chop I starred in The Ghastly Love of Johnny X. I wasn’t able to work on the Johnny X role at all, but for that particular character it was probably a good thing.

MG: Why did you take the credit of Billy Bakshi on “Chop”
WK: It’s been reported that I announced on Facebook my official retirement from acting (Will’s fb: http://www.facebook.com/WilliamSeesKeenan) but alleged I continued performing in films under pseudonyms, and I won’t deny that. I think Trent believes I was credited as Billy Bakshi in his directorial debut Chop because I thought it may turn out bad and wouldn’t want my name on it. I have other reasons which I won’t go into because although I star in 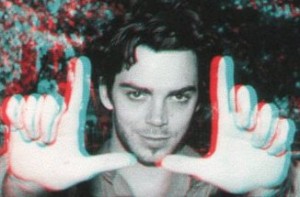 films and am considered famous, I highly value my eccentric privacy. When I look back, though, it might give me pleasure to see my filmography with a few movies under fake names. I’m that prolific.

MG: We recently interviewed Mallika Sherawat, you produced “Hisss” and co-starred in “Poiltics of Love”, tell us how that came about?
WK: After the economy crashed in the U.S., I decided that to finance films I had to believe that “International” was the new “Independent” and working with stars in foreign based film industries was the new “foreign presales”. I worked with Mallika and other Indian (Bollywood and Tollywood) stars, producers, directors and composers for the past handful of years and have had incredible experiences. Because the finance was from India I was able to hire a lot of Americans which I called “reverse-outsourcing”. It made me feel very patriotic.

MG: You started off with Troma on “Tromeo and Juliet” and “Terror Firmer”, any memorable experience from those films?
WK: Whereas on most films the craziest drama happens behind the scenes/off-camera, it actually works the opposite with Troma. Those guys have put the most insane things in their movies under the guise of comedy. Starring as Tromeo I was able to perform Shakespeare on film (I studied at NYU, after all;) and for Terror Firmer I was the star and a producer who gave cinema its first hermaphrodite serial killer. 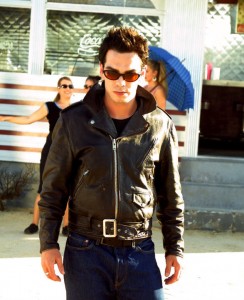 MG: Tell us about your upcoming film “The Ghastly Love of Johnny X”?
WK: Johnny X is a very fun film (PG) and I predict now I’ll be named as the star of the very last wide-screen feature film musical shot on black and white film stock. I also starred in the first fully digital feature film (Love God ’97). So, my career bookends modern American film history.

Tell us about the upcoming musical “Glease”?
WK: “Glease” is an online musical series I produced for Maker Studios for a new network I developed with them called PoliPop which launches March 2nd. Glease is the first time online stars Obama Girl and Alphacat (Obama on YouTube) appear together. And I get hit by a car at the end of it (my 23rd time getting hit by a car on camera. Will’s stunts: http://www.youtube.com/hoverground). Everyone is saying Glease is going to make viral video history but I’m just very happy with the way it turned out. It’s really gorgeous and a whole lot of fun.