Acclaimed rock duo and basically everyone’s favorite band ever Tenacious D — comprised of Jack Black and Kyle Gass — will release not one but TWO incredible works this fall. Both are called Post-Apocalypto. Both are amazing. Here’s what you need to know:

Post-Apocalypto – THE SERIES – is an original, six-part animated video series from the minds of Tenacious D. Each frame of every episode was hand-drawn by Jack himself, with every character voiced by Black and Gass. The series begins rolling out on September 28th, 2018, via Tenacious D’s YouTube page, with a new episode every Friday after that.

WATCH THE TEASER FOR POST-APOCALYPTO HERE

All six episodes feature new Tenacious D songs, culminating in a new Tenacious D album — also called Post-Apocalypto — released on November 2, 2018. As each episode goes up, a song from that episode can also be heard via all DSP’s. Produced by John Spiker, and featuring long-time collaborator Dave Grohl on drums, Post-Apocalypto – THE ALBUM – is a genius addition to The D’s already scintillating catalogue of rock greatness.

True to the title, Post-Apocalypto finds Tenacious D thrust into a world of complete and utter destruction following the drop of an atomic bomb. Surviving the attack in classic cinematic fashion (a good old imperishable 1950’s refrigerator), the duo quickly learns that new forms of evil have spawned from the blast. One thing becomes apparent — for humanity to prevail, Tenacious D must save the world.

With unimaginable twists and turns, an insane visit to the White House, a time machine, a space adventure, and the help of some tried and true daddy issues, Post-Apocalypto is as hilarious as it is political, and as brilliant and multi-faceted as its incredible creators. The songs are damn good, too.

Tenacious D will be playing sold out shows across the country this fall. Tour dates are below. 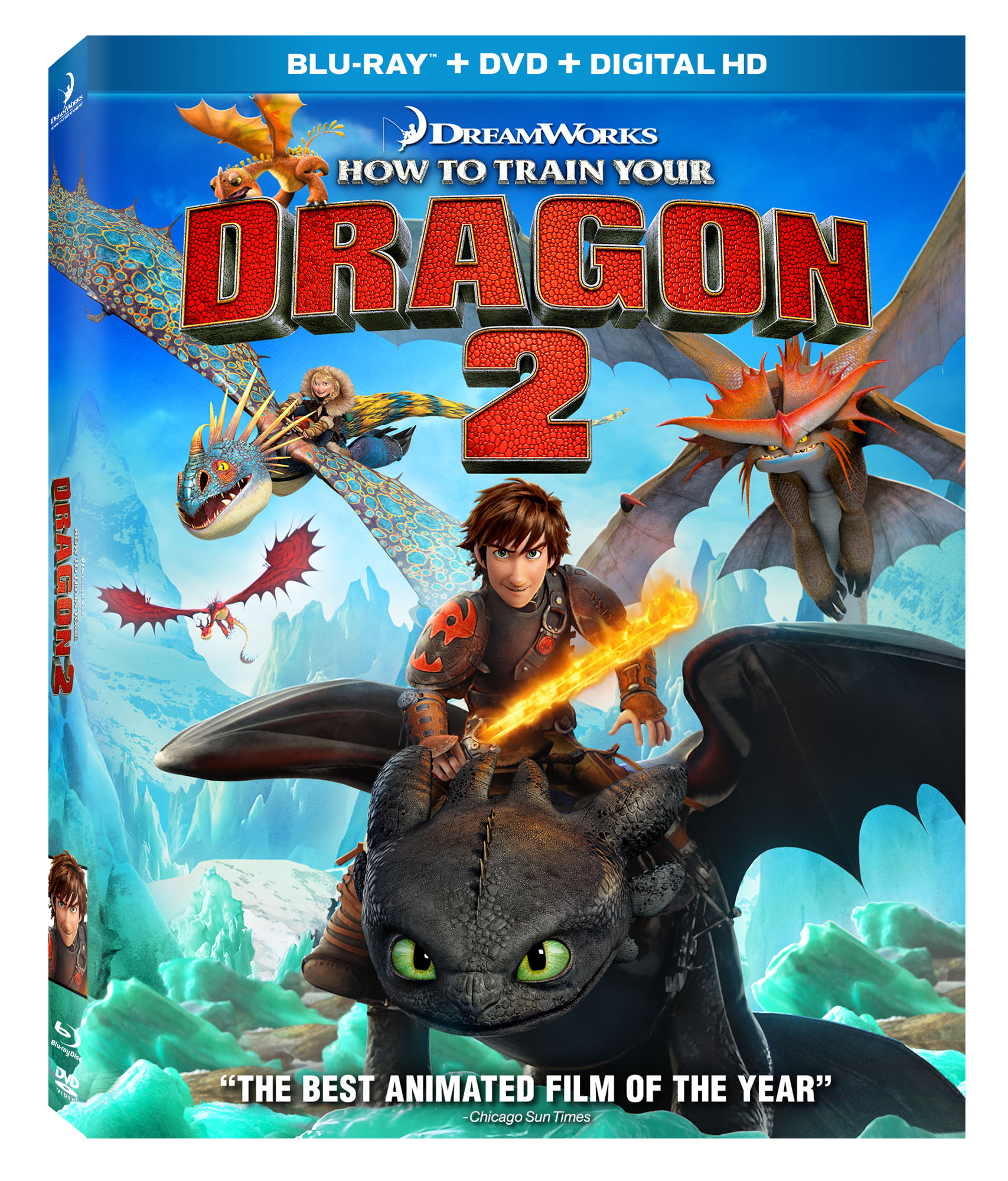 LOS ANGELES, CA (August 29, 2014) – Soaring past the $500 million mark at the global box office, DreamWorks Animation’s HOW TO TRAIN YOUR DRAGON 2 is not only one of the best reviewed films of the year, but also 2014’s highest grossing animated film to-date and one of the top ten grossing films of the year in any genre.The thrilling second chapter of the epic HOW TO TRAIN YOUR DRAGON trilogy returns to the fantastical world of the heroic Viking Hiccup and his faithful dragon Toothless. The inseparable duo must protect the peace and save the future of men and dragons from the power-hungry Drago when Twentieth Century Fox Home Entertainment releases DreamWorks Animation’s critically acclaimed HOW TO TRAIN YOUR DRAGON 2 on Digital HD October 21 and on Blu-ray™ and DVD November 11.

HOW TO TRAIN YOUR DRAGON 2, the next chapter to the Academy Award® nominated film released in 2010, is “sensational…an instant animated classic,” proclaims Access Hollywood. A hit with audiences and critics alike, the film received an outstanding audience reaction with a coveted “A” CinemaScore® and certified 92% fresh on RottenTomatoes.com. Variety’s Peter Debruge declares the film is “Braver than ‘Brave,’ more fun than ‘Frozen’…Dragon delivers.” It’s a must-own title for the whole family!

Fans will get even more excitement, adventure and, of course, more dragons when DreamWorks Animation releases DRAGONS: DAWN OF THE DRAGON RACERS, an all-new animated adventure featuring the original voice cast. A hunt for lost sheep soon turns into a high-flying sprint in the all-new epic adventure as Hiccup and friends battle to become the first Dragon Racing Champion of Berk! DRAGONS: DAWN OF THE DRAGON RACERS will be available exclusively on the Blu-ray™ combo pack, DVD double pack and Digital HD.

The Blu-ray™, DVD and Digital HD feature hours of bonus materials that explore the world of dragons and more. Furthermore, the Blu-ray™ and Digital HD contain four exclusive featurettes, deleted scenes and a 60-minute behind-the-scenes documentary about the making of the film, shot and created by the film’s writer and director Dean DeBlois.