GWAR are currently in the midst of the 30th anniversary celebration of  “Scumdogs of the Universe.”  That celebration also consists of you, the human scum purchasing special 30th anniversary editions of the album, so once again you can worship at the feet of your masters, while listening to this glorious aural masterpiece, the way it was meant to be heard.  The album is available on CD, Double LP, Cassette and digital and is available for pre-order HERE.  The limited edition box sets are nearly sold out and the last few are available exclusively at http://www.gwar.net

Don’t forget, you can help decide who GWAR will kill on stage for the NEXT 4 years!! Register and VOTE in November.Check your registration at:https://www.headcount.org/verify-voter-registration/

Revealed During the Nintendo Direct Livestream, Players Can Experience the Ultimate Driving Playground Online or On-The-Go for the First Time on a Nintendo Platform

Fully optimized and enhanced for the Nintendo Switch in 60 FPS, including pinch-and-pull map control for ease of navigation, Burnout Paradise Remasteredtransports players back into the world of Paradise City to tear it up in the ultimate driving playground online with friends or on-the-go. Alongside the original base game, players can also enjoy the eight add-on game packs released during the Year of Paradise*, including the extension to the drivable world with Big Surf Island.

“We want to give players more choice by delivering games they love to the platforms they want to play on,” said Steve Pointon, SVP, 3rd Party Content. “Burnout Paradise Remasteredis a high-octane, action-packed experience for a whole new generation of players on the Nintendo Switch who can soon experience the excitement of an open world racing game anywhere, anytime.”

Burnout Paradise Remastered delivers the complete original game and all additional main DLC packs ever released, including the Cops and Robbers pack, Legendary Cars, Burnout Bikes, and Big Surf Island, with new locations, challenges, and vehicles to discover. Send cars launching, spinning, and scraping through the city, and wreck friends online or join forces to demolish hundreds of online challenges.

Burnout, Command & Conquer, EA SPORTS, Battlefield, Apex Legends, The Sims, Need for Speed, Titanfall and Plants vs. Zombies are trademarks of Electronic Arts Inc. FIFA, John Madden and NFL are property of their respective owners and used with permission.

The Hit Ghostbusters Adventure Returns in HD on Oct. 4, 2019, for PlayStation®4, Nintendo Switch, Xbox One and Windows PC

Fans can pre-order Ghostbusters: The Video Game Remastered today for $29.99 via the PlayStation®Store, Nintendo eShop, and Microsoft Store, as well as $24.99 via the Epic Games store. Physical copies of the game can also be pre-ordered on consoles exclusively at GameStop in the United States, EB Games in Canada, and a variety of retailers in Europe.

Ghostbusters: The Video Game Remastered delivers a unique story from Dan Aykroyd and Harold Ramis that captures the supernatural comedic fun and fright fans love from the franchise, celebrating its 35th anniversary this year. As the new rookie on the Ghostbusters crew, you’ll team up with your favorite characters from the films, reunited by the voices of Aykroyd, Ramis, Bill Murray and Ernie Hudson as Stantz, Spengler, Venkman and Zeddemore, alongside Annie Potts, Brian Doyle-Murray, William Atherton and Max von Sydow.

Manhattan is overrun once more by ghosts, demons and other paranormal creatures unleashed by a mysterious force, and only the Ghostbusters can drive this evil back to whatever dimension it crawled from. Hunt and trap a variety of new and infamous ghouls and phantasms — all remastered in HD resolution — with cool gadgets, upgradeable weapons, thrilling boss fights and widely destructible environments. Scan and analyze targets with the P.K.E. Meter and Paragoggles, then use your Proton Pack’s blast and capture streams to wrangle them into submission.

Based in the U.S., Russia and Spain, Saber Interactive is an independent developer whose credits include the 2019 hit World War Z, Quake Champions, Halo: Combat Evolved Anniversary, Halo: The Master Chief Collection and others. Saber’s NBA Playgrounds is one of the best-selling digital console titles of 2017. The company has multiple development studios across the world making great games and bringing fun interactive experiences to life. 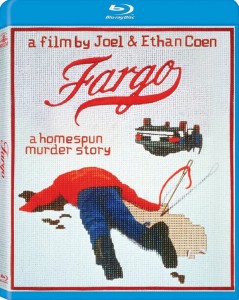 Anytime, I watch “Fargo” it never ceases to amaze me. The film is so dark, yet at the same time SO funny. You are just sitting on your couch going “What the hell just happened”, disgusted yet laughing. It has been a few years since I saw it but it is still as good as always. Since MGM is celebrating its 90th Anniversary, they are re-releasing this Blu-ray but as a brand new remastered edition. If you are not aware this was already released on Blu-ray in 2009 and 2011, but with great results. But this new remastered edition looks even better. Now, if you compare it to MGM’s also recently re-released “Robocop”, it is not as impressive since that was a 4K transfer upgrade. If you never owned this film before, this version is definitely the edition you want. If you already own this I would really run out unless you are a HD video junkie and need that perfect transfer.

Official Premise: The “middle of nowhere” has never looked better in this new edition, now remastered for the best high-definition picture yet! In this film Nominated for seven Oscars things go terribly awry when small-time Minnesota car salesman Jerry Lundegaard (William H. Macy) hires two thugs (Steve Buscemi and Peter Stormare) to kidnap his wife so he can collect the ransom from his wealthy father-in-law. Once people start dying, the very chipper and very pregnant Police Chief Marge (Frances McDormand) takes the case. Will she stop at nothing until she gets her man? You betcha.

When I looked back at my old 2009 Blu-ray, I did realize quite the improvement with the new remastered 1080p transfer. You can tell right from that amazing opening shot. The snowy world that engulfs the film looks much clearly and also sharper. When it comes to The Coen Brothers, you should expect specific choices for cinematography, kudos to  Roger Deakins. This film is really a great example of a fantastic well-shot film presented perfectly on Blu-ray. In terms of audio tracks, this Blu-ray re-uses the same DTS-HD Master Audio 5.1 track from the previous disc, but that doesn’t mean it is bad. The previous releases have sounded quite amazing, specifically Carter Burwell’s score which is outstanding.

I was hoping for something new in the special features department but what we get here is the same extras from the previously Blu-ray’s, which then was also a straight port from the DVD version.  There is an audio commentary track from director of photography Roger Deakins, if you enjoyed the cinematography like I did then this is a great track. There are a few featurettes “Minnesota Nice” and “Trivia Nice”. Lastly, there is an “Article from American Cinematographer” and a theatrical trailer, TV spot and photo gallery included. If there was a little more in this department, this would would have been a must-upgrade for any fan for sure. 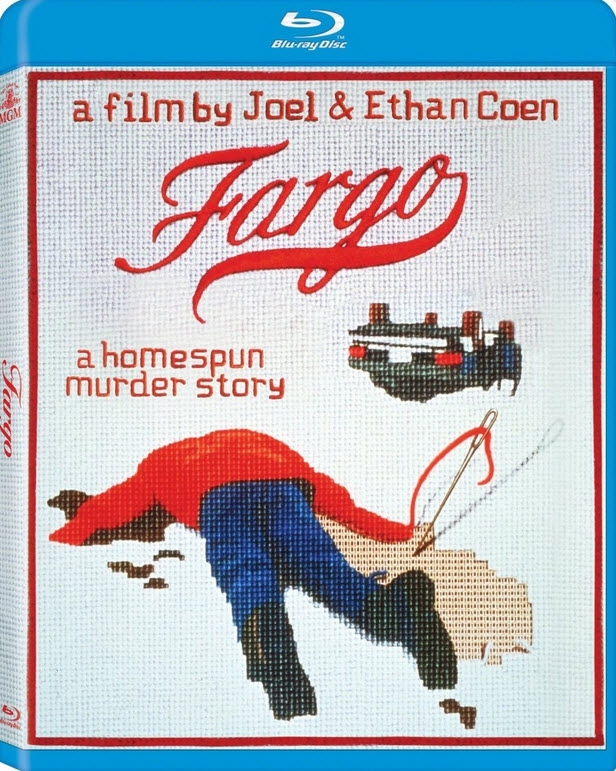 Check out MGM 90th tumblr – http://www.mgm90th.com/ also. There are tons of great gifs from MGM films, including Fargo, if you want to check it out.
Read Complete Article
Filed Under: Giveaways Tagged With: bluray, brothers, coen, enter, fargo, remastered, ...
Page 1 of 1