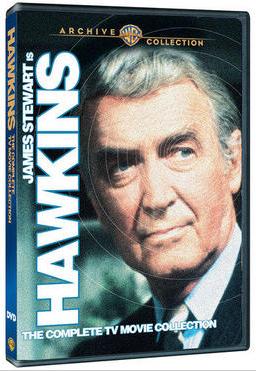 When I think about Christmas, I can’t help it but think about Jimmy Stewart in “It’s a Wonderful Life”. With the holidays just around the corner, I am excited to get a chance to check out a maybe lesser-known collection of work from Mr. Stewart. I think I can listen to his voice for hours, especially later in his career. There is nothing like it. Jimmy Stewart is perfectly cast as the slow-drawling Southern lawyer Billy Jim Hawkin. This mystery TV series aired for one season on CBS from 1973 and 1974 and was created by Robert Hamner and David Karp. Even though it was cancelled after one season Jimmy Stewart ended up winning a Golden Globe Award for Best Actor in Television Drama Series. If you are a fan of his work, this is a must purchase!

This 4-disc set consists of an eight film collection including “Death and the Maiden”, “Murder in Movieland”, “Die, Darling, Die”, “A Life For a Life”, “Blood Feud”, “Murder and the Slave Trade”, “Murder on the 13th Floor” and “Candidate for Murder”. There is something special about watching these classic TV movie adaptions.  “Hawkins” used to air during The New CBS Tuesday Night Movies back in the day. I think if they gave this show a bit of a chance it could have been the a very long running and successful series. He reminds me a pre-dated “Monk”. Each film stands alone and delivers some classic murder mystery. This is the first time that this has ever been released on DVD, thanks to Warner Archive. This release is presented in 4X3 full frame with the its original aspect ratio of 1.37:1. The audio track is the original mono audio, which works perfectly within the legalese dialogue. 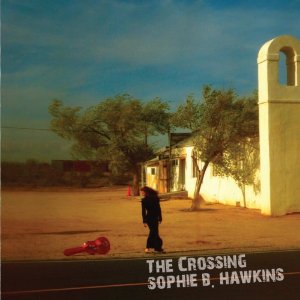 Whew, this CD was hard to get through just one. I don’t know how they let this one be released. I am definitely a fan of Sophie B. Hawkins’ earlier work. I mean who doesn’t like “Damn, I Wish I Was Your Lover” or “As I Lay Me Down”. But I was cringing at her voice in these songs. The album feels like a 90’s pop star that is trying to stay in the 90’s…oh wait a sec it’s exactly what this is. Stay away for this if you don’t want to shatter your memory of Sophie B. Hawkins.

“The Crossing”, the latest studio album from legendary singer/songwriter really takes her far from her past success. If I was her I would have liked to be remembered the way I was. The only real draw of the album for me was the acoustic version of her classic songs but Damn, I Wish I Was Your Lover” or “As I Lay Me Down”, though the vocals are still painful. But if I had to comment on the new songs, I guess “Betchya Got a Cure for Me” was ok and “Missing” was also ok but definitely not the acoustic version…Yikes.