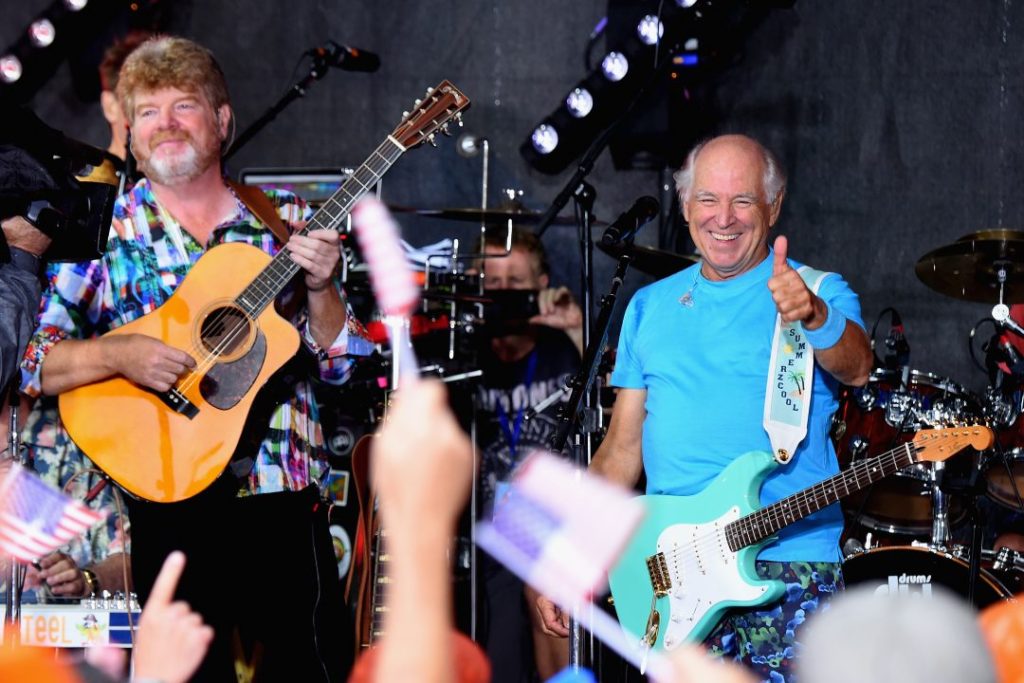 Jimmy Buffett and the Coral Reefer Band – “Son of a Son of a Sailor” Tour 2018
Sprint Center – Kansas City, Missouri

When you see people wearing grass skirts and coconut-shell bras, parrots on their shoulders or over-sized Cheeseburgers and Shark Fins on their heads, you can only be in one place:  Margaritaville!  This weekend, Margaritaville was located inside the Sprint Center in Kansas City as Jimmy Buffett and the Coral Reefer Band debuted the “Son of a Son of a Sailor” tour. 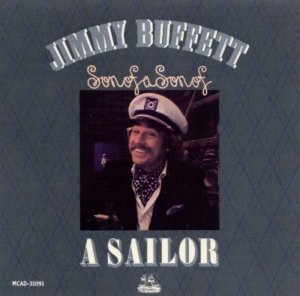 Has it really been 40 years since Buffett released “Son of a Son of a Sailor?”  This is my favorite Buffett album and it solidified Buffett as one of my favorite songwriters.  Like another one of my favorites, the late Harry Chapin, Buffett wrote amazing “story-songs” that took you to places you never imagined you would travel to.  I knew that the night’s events would not disappoint.

Caroline Jones was the opening act.  A very talented singer and musician, she treated the crowd to a small set of songs that showed off both her vocal range and musical talents.  She would later come out during the main show to accompany Buffett  and the band on a couple more numbers.  I have to admit that, though I’ve heard Ms. Jones on Sirius Radio (she hosts a program known as “the Coffee House) I wasn’t aware that she was also a singer.   I recommend you give her a listen, 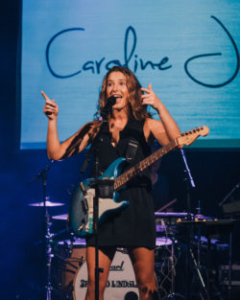 Finally it was showtime.  Buffett and the band hit the stage and kicked off the show with a rousing “Livingston Saturday Night,” one of seven songs from the “Son of a Son of a Sailor” album he would play tonight.  Afterwards he addressed the crowd, informing them that this was the inaugural show of the new tour and that he and the band had been practicing in Texas for a while.  He also noted the Fin Men, a group of gentlemen that had been patrolling around the venue with illuminated 6-foot shark fins on their heads.  This group of Parrotheads made the show even more entertaining, especially when they circled during the song “Fins.”  My understanding is that they are just a group of fans and aren’t officially part of the show but my advice to Mr. Buffett would be to fly these guys wherever you’re playing.  They are true ambassadors for your music as well as the great time experienced at your shows.

Besides the enthusiasm of Buffett, the show also includes the Coral Reefer Band, made up of some amazing musicians.  Chief among them is Mac McAnally, who has been chosen  the Country Music Association’s “Musician of the Year” an amazing 10 times.  McAnally is also a member of the Nashville Songwriters Hall of Fame, thanks to his having written or co-written such songs as “Down the Road” for Kenny Chesney, “Old Flame” for Alabama and “Thank God for You,” one of many hits he composed for Sawyer Brown.  At the concert’s mid-point – an energetic “Cheeseburger in Paradise” – Buffett left the stage “for some refreshments.”  In his absence, the audience was treated to an amazing mini-concert by steelpan player Robert Greenridge, who performed a beautiful rendition of the Beatles’ “Eleanor Rigby.”

The audience was not only treated to a barrage of Buffett’s music, but were also entertained with covers of songs by the Beach Boys “Sail On, Sailor”), Alan Jackson (“It’s Five O’Clock Somewhere” – a song on which Buffett also appeared on) and Crosby, Stills and Nash (“Southern Cross”).  The band was in top form.  It is hard to believe that this was the first show of the tour, so easily did all of the pieces work.

After a rousing three-song encore, which included Van Morrison’s “Brown Eyed Girl,” Buffett said his good nights to a crowd that had hardly sat down all evening.  If you’ve never experienced the magic that is a Jimmy Buffett concert, I urge you to catch him and the Reefers as soon as possible.  For a list of tour dates, or to learn pretty much about everything Buffett, click HERE

Brown Eyed Girl, Love and Luck, One Love/People Get Ready