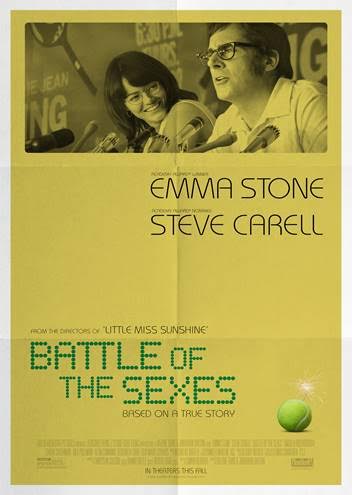 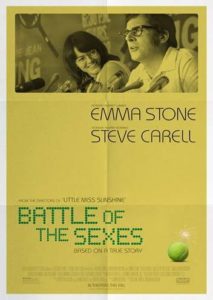 Do you remember where you were 44 years ago?  I do.

On Thursday night, September 20th, 1973 I was at my friend Mike Schwartz’s house (my parents had gone out that night) and, along with his family, sat down in front of the television to watch what was being billed as “The Battle of the Sexes,” a tennis match between reigning superstar Billie Jean King and former champ Bobby Riggs. Having just turned 13-years-old the week before, I had no idea who Riggs was and the only thing I knew about King was that her brother, Randy, was a pitcher for the Giants and I owned his baseball card. Thankfully there was much more to the story.

Depending on your age you probably can’t believe that there was a time where it not only seemed like a joke to suggest a woman could run for President, it was news any time a woman was elected to office. In 1973, there were 16 women in Congress (out of 433 members) and a grand total of ZERO in the Senate. Any woman who showed any gumption was looked down upon by a very chauvinistic male society. One of these women was Billie Jean King (Stone). The #1 ranked women’s tennis player in the world, King was very vocal in getting the prize money paid to women at tournaments raised to the same amount as the men. Learning that, for winning the US Open, the winning man would receive $12,000 while the woman champ took home $1,500, King not only boycotts the tournament but convinces the other top female pros on the circuity to join with her and form the Women’s Tennis Association (WTA).

Meanwhile, Bobby Riggs (Carell) is now married to a socialite (Elizabeth Shue) and pushing papers in an office. Always a hustler, Riggs hates being behind a desk and often leaves the house to run errands, which mostly consist of him playing tennis against his friends for money. He also attends Gambler’s Anonymous, though he’s not a good disciple. He reminds his fellow attendees that the reason they are there isn’t because the ARE gamblers, but because they are BAD gamblers. One night, while watching King on television, Riggs comes up with the ultimate hustle – a tennis match between he and King. “The Battle of the Sexes.”

An entertaining and charming film, “The Battle of the Sexes” is just the backdrop in a look at the life of one of sport’s greatest figures. The film looks at King’s home life; her marriage to Larry King (Austin Stowell) (not THAT one) seems happy but when she meets a young female hairdresser (Andrea Riseborough) she realizes that maybe she’s not. There is also the constant bickering between the WTA members and tennis honcho Jack Kramer (Pullman at his pompous best).

Not only is the film fun to watch, it handles it’s subject matter (both the tennis and the unexpected love story) with reverence. Both Stone and Carell give standout performances, and they are aided by quality performances from Pullman, Riseborough and an incredibly funny, but serious, Sarah Silverman. Look for the film to garner an Oscar nod of two come January 2018.