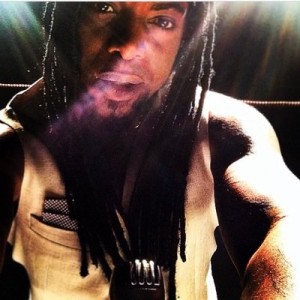 Heavy Metal group Sevendust is back with a brand new album titled “Kill the Flaw”. The album which is being released on October 2nd will be the bands 11th studio album and their third since joining Asylum/7Bros. Records. Media Mikes had the chance recently to discuss the new release with the groups lead vocalist Lajon Witherspoon who detailed the bands solid work ethic and its upcoming plans in support of the album.

Adam Lawton: With “Kill the Flaw” being the bands third album in three years do you ever find it hard to keep up with the one album a year pace or is that something that the band has come a custom to over time?
Lajon Witherspoon: For us this is what we were born to do. We were blessed with the energy and the passion to make music so once we all get in a room together things just start to happen. The days of putting out an album and going on to tour in support of that album for a year or two is gone. To remain relevant you have to keep putting out new material in order to keep things fresh. Even if you had an album that had a bunch of hit singles if you are not out there with something new it’s easy to be forget these days.

AL: Like with previous release from the band you guys handled not only the music side of things but also the albums production. Do you find it hard balancing both of those roles in the studio?
LW: With all of us being in this band since day one we look at one another as artists, producers, singers and writers. Because of that it’s easy to have that respect for one another in the studio. It’s never been a big deal for us to work like that. We all know this band like a book and have been together for so long that there are no egos when it comes to this type thing.

AL: What do you find to be the benefits of keeping things internal as opposed to bringing in someone from outside the group and, is this way of working something that has evolved over time for the band?
LW: Sometimes we do feel like we need to bring in someone from the outside to sort of police what is going on but more so lately we like to just be able to go in and see what we can come up with as a band. It’s a friendly affair when we work like this and we are a band throughout the whole process which is something we really enjoy. I think it is something that has evolved over time. You work on different albums in different ways and over time you find you niche in what works and what doesn’t. Me personally I think we work best when we go into a room with no plan and maybe Morgan starts by laying a drum beat down or Clint starts with something on guitar and we just go from there. That’s where the magic starts.

AL: What led you guys to choose the song “Thank You” as the albums lead single?
LW: That was a song that I didn’t really see as the first single but afterwards I am glad it was. When you put out an album you want all the songs to get their due but “Thank You” is an incredible, inspiring song that turned out great. I am super proud to have it as our first single but again I really feel that this album has 9 other singles people need to hear along with this one. These songs are our babies and we want people to hear them all.

AL: The album can be preordered at www.sevendust.com with a couple different bonuses. Can you tell us about some of the things your guys are offering to the fans who pre-order the album?
LW: We try to do different things which we hope will make people feel more a part of what we have going on. We have packages where you can get limited edition t-shirts, signed copies of the album to actually getting to listen to album in the studio with the band.  We try and make things more personal and take away some of the machine like elements.

AL: What type of tour plans do you guys have in place to support the release?
LW: We start rehearsals in about 2 weeks and after that we will be hitting the road with Godsmack. That’s going to be a great time as we haven’t toured with those guys in quite some time. It also has been awhile since we haven’t done a tour where we headlined. It’s going to be great to just go out there each night and rock a 45-50 minute set. When that run wraps up we have another list of shows in the works prior to my new baby being born in December and then after a little break we will be back out there. We are just really excited with everything we have going on and can’t wait for people to hear this new album. 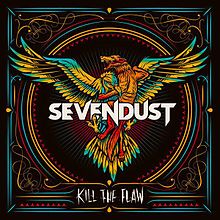