To celebrate the release of “Master of the Drunken Fist: Beggar So” & “Master of the Shadowless Kick: Wong Kei-Ying”, Media Mikes would like to give our fans a chance to both of these films on Blu-ray. If you want to win this great prize, please leave a comment below your favorite martial arts film. This giveaway will remain open until September 8th at Noon, Eastern Time. This is open to our readers in US only. One entry per person, per household. All other entries will be considered invalid. Media Mikes will randomly select winners. Winners will be alerted via email.

Considered to be the best fighters in southern China during the 19th century Qing dynasty, each of the “Ten Tigers of Canton” was a master of a unique martial arts style, from the “Hap Family Fist” to the “Bone Melting Palm.” Their stories have been embellished by folk legends and passed down from generation to generation, and now two of their stories will be brought to American audiences when HBO releases Master of the Drunken Fist: Beggar So and Master of the Shadowless Kick: Wong Kei-Ying on Blu-ray™ and DVD August 8th.

Filmed in Hengdian, China, these films are HBO Asia’s very first Chinese-language productions and their first approach to the martial arts genre. The films are executive produced by acclaimed Hong Kong director Corey Yuen (The Transporter) and directed by Guo Jian-Yong, who previously choreographed the action sequences for Cradle 2 the Grave, Red Cliff, and the first three films in the Transporter franchise.

Master of the Drunken Fist: Beggar So
Born to a wealthy merchant in Canton, So Chan is pampered—but smart and ambitious—and about to become the Emperor’s top Martial Arts Warrior. But when he finds himself dragged into a conspiracy between two political powers in the imperial court, he loses everything, including his family and almost his life. With the help of the beggar gang chief and his daughter—plus a healthy dose of Chinese liquor—So Chan grasps the full essence of the long lost martial art skill the Drunken Fist to become a proud and driven Beggar So, determined to get his revenge and find the love of his life.

Master of the Shadowless Kick: Wong Kei-Ying
A quiet and honest physician, Wong Kei-Ying spends his life upholding medical ethics and saving lives while avoiding conflicts and politics until he finds himself tricked into assisting Wei, the ruthless and treacherous new governor of Canton, in a bid to wrest control of the city’s opium business from a local gang. When his mentor leaves him with illustrations of the legendary martial art skill Shadowless Kick, Wong must master the skill and use it in a final attempt to take down Wei. 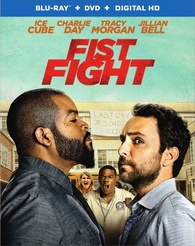 The combination of Ice Cube and Charlie Day should be an instant winner for “Fist Fight”…but something is missing here. There are some funny moments in the film for sure and both guys bring their A-game but the film itself just feels lazy like they just assumed having them together would be enough. Like I said a few solid laughs but overall, I can’t really see myself bragging about this film and recommending it to everyone I speak with. Feels more like a one-timer.

Official Premise: Ice Cube and Charlie Day star as high school teachers prepared to solve their differences the hard way. On the last day of the year, mild-mannered high school English teacher Andy Campbell (Day) is trying his best to keep it together amidst senior pranks, a dysfunctional administration and budget cuts that put jobs on the line. But things go from bad to worse when he accidentally crosses his much tougher and deeply feared colleague, Ron Strickland (Ice Cube), who challenges Campbell to an old-fashioned throwdown after school. News of the fight spreads like wildfire and ends up becoming the very thing this school, and Campbell, needed.

Warner Brothers is delivering this film in a combo pack with a Blu-ray + DVD + Digital Copy included. So, you are getting a nice return for your money. We all know that teachers are under paid, so if you want to avoid fighting and save some money places like CouponGrind are a good solution to find some savings. The A/V is typical for a comedy, I don’t see this film getting high merits for either but they also have no issues either for sure. Solid video and a nice DTS-HD Master Audio 5.1 track are included here. Special features are big let down though delivering about 15 minutes of deleted scenes and a short featurette about filming in Georgia. 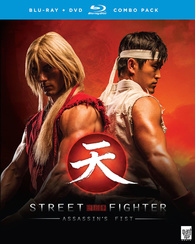 After the success of “Mortal Kombat Legacy”, the video game world scrambled to find the next big web series to deliver a live action version of classic video games. After the disappointing second season of “Mortal Kombat Legacy”, I that would be the end…until creators Joey Ansah and Christian Howard gave us “Street Fighter: Assassin’s Fist”. This is a 13-episode web series based on the popular Capcom videogame franchise. This release is not the web series though it is something much better. This Blu-ray contains an uncut 146 minute feature film and is absolutely awesome. If you love the web series, then you need this Blu-ray. If you think you can just watch it online and don’t need to own it then you are missing out.

Official Premise: The genre defining, most successful and most loved fighting video game franchise of all time, Street Fighter, is finally given the epic, faithful treatment it deserves in this hotly anticipated live-action series. Following up from the sensational YouTube pilot, Street Fighter: Legacy, which received critical acclaim by press and fans alike, the series takes fans back to the formative years of iconic characters, Ryu and Ken, as they live a traditional warrior’s life in the secluded, mountain wilderness of Japan.

The 1080p transfer is fantastic and works perfectly with the action sequences. The Dolby TrueHD 2.0 is not a 5.1 track but it still packs a solid punch to it. Much better than my crappy computer speakers, that’s for sure. FUNimation is releasing this as a combo pack also with a Blu-ray and DVD included. If you want more also get ready because there is already a sequel in the cards titled “Street Fighter: World Warrior” and is aiming for release in late 2015 or early 2016.

The special features are also quite awesome. There is a great audio commentary track with the director Joey Ansah talking about all aspects of the web-series turned movie. There is “Ken’s Video Diary”, which follows the actor around the shoot. There is a solid “The Making Of…” featurette looking into the production of the series. If the additional uncut footage isn’t enough there are still additional extra scenes included, as well as outtakes. Lastly there are some trailers included.

If you are a fan of Kenshiro and the “Fist of the North Star” franchise, then you know that this release is nothing new and has been released before. But since it has been long out-of-print, Section23 has given life to this OVA yet again. This is the complete OVA collection and contains all three episodes; “The Cursed City”, “The Forbidden Fist” and “When a Man Carries Sorrow”. I really enjoyed this series and it has been a while since I last saw them but they have held up well. It is crazy to believe that it has been almost 10 years since these were first released. Wow, time sure does fly. I still wish that this series will be rebooted or continued in the future cause Kenshiro is such an awesome character and he needs to continue kicking ass (and blowing people’s heads up).

Official Synopsis: A twist on the classic favorite that begins in the aftermath of the great apocalypse. Across a barren Earth, chaos is the rule and order, the exception with bandits and enterprising overlords terrorizing the survivors of the holocaust. Will a hero rise from the ashes and cut a swath of justice across the Earth’s ruined landscape?!

I was just thinking that since this was previously released on DVD, I would have loved to seen it cleaned up and coverted to Blu-ray format. That would have been ideal for this release. The DVD contains two audio tracks both English & Japanese with English Subtitles. So you have the option to watch whichever you want but of course we know that the Japanese track is the way to go. Lastly, There are no additional special features available on this release. This release is also timed perfectly with the new release of Tecmo Koei’s “Fist of the North Star: Ken’s Rage 2” available on XBOX 360 on February 5, 2012.