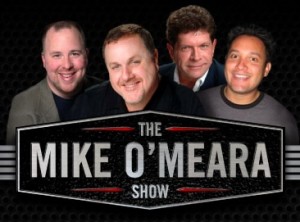 Craig Kish: Throughout your careers in broadcasting you were just a W-2 employee of a major corporation, and now you guys are co-owners of your own small business. How has that transition been, going from just worrying about your day to day duties as compared to being concerned with about all aspects of the show?
Mike O’Meara: I can’t speak for Rob, but I had an experience on my own for a very brief period of time back in the 1980’s when I left a small radio station company to run my own production company. I did contract production actually before I started working with Don. So I had a taste of it and I liked it. I liked the fact that I was independent of a corporation, but unfortunately that did not allow me to continue because the money just wasn’t there. So I ended up getting back into radio on the talent side; I had it on the management side. So, I had a taste of it – but this is much different because we are able to do it on our own but still as a collaborative effort. We have such a great group of guys and we kind of narrowed it down in the last year. We have more of a little circle but we all know what are jobs are and our responsibilities are and it’s just a lot of fun. Watching it grow is even more fun because we know that the circle is small – that if the show does well that we are all going to do well. So it’s a tremendous thrill for me.
Robb Spewak: And to add to that. It’s always been an exciting job for me; I love what I do. I think Mike will agree with me that in the past four years it’s probably been even more exciting because we are working so directly with our partners. It’s not diluted by the fact that before we make a decision we no longer have to go through three levels of management in New York City. It’s three guys making a decision and is much more immediacy, much more excitement, and it’s been a lot more fun than the last year we had on the terrestrial side.

CK: How has the change from being just co-workers previously to now being co-owners and running the show yourselves changed your relationship between each other?
Mike: Well, Rob talked about the fact that we don’t run things up the flag pole with management and all the different layers, but at the same time the three of us – Mike, Rob and Oscar – when we come in every morning anybody that had anything that’s great material that they think – not that I think but they think – is great material, it gets on the show and if It doesn’t it’s an oversight on my part because I just forgot it. But there is total creative flexibility with these guys as well as myself. We bring whatever we want into the show on a daily basis and if it’s good material we try to get to it. Sometimes I am guilty of not getting to everything in the 79 minutes or so we do the show. I really love it when one of the other two guys comes in with something special and we can go in a totally different direction. But as far as the content for the bulk of the show, now it really is a collaborative effort as well. 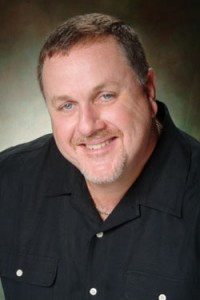 Rob: Having worked with mike the past 20 years I’ve gotten to know him better the past 4 years because of the freedom we have in the show. Sometimes we can really spin out and really be ourselves and show different sides of us that you never saw before.
Mike: It’s not like on the old radio show we didn’t have to pre-approve content. But after the fact you would never know where the fallout was going to be and if you said something. Especially after the whole Janet Jackson incident we were so scrutinized and we had meetings about standards in what we could say and what we couldn’t say and once your trained that way you never forget it and our shows are inherently broadcast friendly. But with just a little more freeform that allows you to relax. We relax; we work hard and always thinking about creating good content. It’s a relaxed atmosphere and we have confidence that the material we are providing is being well received by our audience and that is the most important thing to us.
Rob: It’s almost impossible to be spontaneous and funny when you have to second guess yourself before you say something. That was the environment we left when we left terrestrial. We probably didn’t have to be that way but it was so drummed into us like Mike said and now we are a little more relaxed with our presentation because we are just being ourselves more the less. I think the show is funnier because of it.

CK: We talked about how you guys go through the show day to day and how it’s been a change versus terrestrial radio. I know your broadcast on 1630 (A.M.) in Iowa, and you had another station you were broadcast on and the station just recently dropped off, right?
Mike: That was WTNT here in Washington D.C. The show is formatted for radio so if there is a fit out there that wants us and we felt it would be good for us we would do it. So we tried an experiment with WTNT that was not a fit basically because of the absolutely abysmal signal at WTNT. They had a format change coming up at the same time and they had overtures to go bring us to this other signal they had. I think we are done with that experiment. If we are going to be on in a market I’d rather be on in a market that has better coverage. We tried it with WTNT and do we regret it? No, but I also thought when they said that they wanted to make a change as far as moving us to another signal, I said, “Yea I think that experience is over now.” We always keep the door open to get this particular incarnation of the show on radio. I like radio, but the show from this point forward will pretty much be “they will take what we give them and if they don’t want it, oh well.” There are not a lot of program directors out there that like to do that. They want to do their own thing, and it’s tough to find a fit in this day of right wing talk and sports talk, too. It’s very tough to find the right station, but I am always curious about it and I will always entertain it. We will never shut the door on that at all, but at the same time our primary audience is our online audience and that is the foundation of the show and the way it works now.

CK: So you don’t actively shop the show to terrestrial companies?
Mike: I don’t actively shop the show, but at the same time I am connected, Rob has connections in the business, and you never know – but I can see the show sometimes being on some radio station. If someone got creative again then it becomes a possibility, but as far as actively pursuing – no. The active thing we are focused on is our online following and catering to the online following. That’s why we developed a new website in November and we restructured how we deliver our premium content as well. And, we focused on our business operation – making that better and more customer friendly and improving our customer support. The online community is we really were making most of our efforts.
Rob: To take a step back, I think for myself I was pleasantly surprised after launching the show. My thought was after launching the podcast the next natural step would be to be picked up on radio station. After we stayed at it for a couple of years we realized how much passion and support we received from the online community. The radio tie-in seemed to me anyway less important because the passion that existed for the 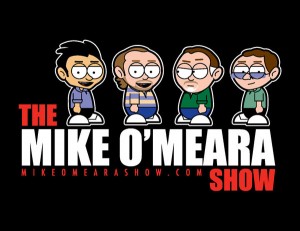 show was more that I could have imagined. Something that I really come to love and enjoy about doing the show is that being online allows a, for lack of a better word, more “intimate” relationship with the listener we never had a chance to have before. Like Mike had said before, we will never shut the door to radio – but I am much more enthusiastic about our internet presence than I was when we launched the show. I just didn’t realize the passion was there.
Mike: Going forwards in a perfect world I would love to gather more listeners on a daily basis. We are always looking for new and innovative ways to do that. As we move forward we are continuing to focus on doing that. We know we have a great product and we want to expose the product online to as many people as we possibly can and set the hook in as many mouths as we can too. We know we have a fun thing and if we can hook you on it we can make you part of the family. That is really the way we see our listeners – as one big extended family. People communicate with us like we are relatives, not like we are doing a radio show – so that’s what we want to do. We want to try and get the word out, if we can get more and more people to get involved we can keep this thing successful for a long time and keep doing it for a long time.