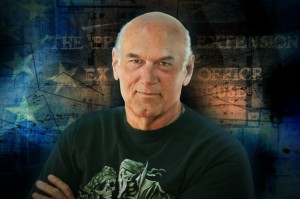 You might know him by the name Jesse “The Body” Ventura or Governor Jesse Ventura, the former pro-wrestler and Minnesota governor has a new online TV series on Ora.TV called “Off the Grid”,a daily political news show, starting January 27th, 2014. If you want to know what happens when the mainstream media is owned by the corporations and isn’t diligently investigating or reporting the news? Then you are going to want to turn in to this show at www.ora.tv/offthegrid. Media Mikes had a chance to ask him a few questions about the show and about the rumors of him running for President in 2016.

Mike Gencarelli: Tell us what we can expect from your online TV series “Off the Grid”?
Jesse Ventura: Tune in to find out! Every episode will feature news you won’t hear anywhere else. Mainstream media is too focused on entertainment. We hear more about when an actress trips in a dress during an award show than the fact that the majority of Congress only works three days a week. The main focus of my show is the hypocrisy of America’s political leaders – nothing and no one is off limits. I am “Off the Grid” in the sense that I don’t have anyone telling me what to report or how to report. All I am interested in reporting is the truth.

MG: How did you end up getting involved with Ora.TV?
JV: Through Larry King. After I went on Larry’s show [Politicking] he told me that Ora TV gives him the freedom to report what he wants and that greatly appealed to me.

MG: What do you think the benefits are of working in internet TV?
JV: My show is being produced at undisclosed locations in Mexico, so I can avoid any threats of 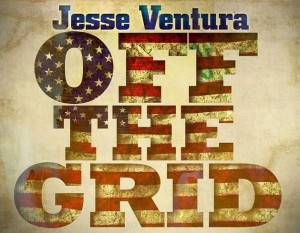 government censorship. That’s the true benefit of internet TV. I give the people the news they want to hear and I don’t have to worry about corporations or big brother getting in the way and censoring me.

MG: Tell us how you plan to interact fans on social media like Facebook and Twitter?
JV: The show will have several features which will allow me to answer questions from Facebook and Twitter fans. There will be an #AskJesse segment where I’ll answer any questions fans have and they’ll also be able to suggest questions to ask my upcoming guests too. There’s more information about this on my blog: http://OffTheGridBlog.ora.tv

MG: Can you talk to us about the rumors of you running for President in 2016?
JV: I’ll be addressing those rumors on my show, but again, running for president as an independent comes down to two things: ballot access in all 50 states and participation in the debates. Like I say, if I can debate ’em, I can beat ’em.

Here is some Media Mikes exclusive content from “Off the Grid”

Here is the first episode of “Off the Grid”

One Reply to “Jesse Ventura talks about his new show on Ora.TV, “Off the Grid” and 2016 Presidential election rumors”