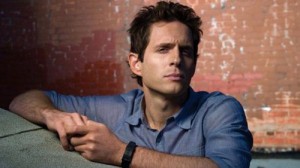 Glenn Howerton can usually be seen on FX playing the slightly diabolical Dennis Reynolds on “It’s Always Sunny in Philadelphia”, on which he also writes and executive produces. However this spring he’s joined the network’s newest drama, Fargo, based on the critically acclaimed Coen brothers film. Howerton plays Don Chumph a gullible personal trainer out to blackmail his client’s wealthy ex-husband with the help of Lorne Malvo (an intense Billy Bob Thornton). The multi-talented Howerton joined MediaMikes on a call to discuss Don, Fargo and was more than happy to field a few ‘Sunny’ questions as well.

What originally attracted you to the show and playing Don?

Glenn Howerton: I didn’t know a whole lot about it when I said yes to it if I’m being honest. You know, television moves at a different pace than film. I knew that the Coen Brothers were involved, I’ve been a big fan of FX dramas for a while, and obviously I’ve been a part of the family for many many years and the president of FX John Landgraf called me and you know, he knows my background is not really in comedy. A lot of my background is actually in a lot more dramatic stuff, weird. You know so he threw it out there, ‘would you ever want to be on one of our dramas?’ and I said absolutely. So it just came along and even though it’s kind of a comedic role, he felt like it was something I hadn’t really done comedically before and it was part of a drama and he explained the concept to me, who the character was, what the tone of the show was. I’m a big fan of the movie Fargo. Basically without ever even seeing the script, I said yes just because of all the people that were involved.

Howerton: I assumed the same thing you did when I read the script, that it was a pretty clear homage to that character. I don’t remember ever actually having that conversation with Noah [Hawley] but I know that he definitely wanted to distinguish it enough from that character. Which I think is something that happens naturally when you cast two actors. He and I are always going to have a different take on it. So yeah, I think the homage was clearly there but I certainly tried to stay away from anything Brad did in the movie. It was nice because I actually did rewatch a lot of Coen Brothers movies including Burn After Reading and I was like my god, Brad Pitt’s performance in that is so brilliant…I don’t even think I could match that even if I wanted to.

Your character is not exactly the sharpest tool in the shed, how difficult is 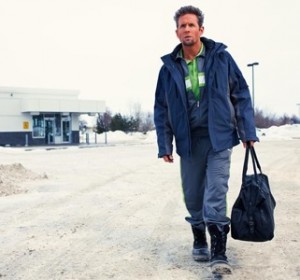 Howerton: Well some of the tools are not meant to be sharp. So I’ll start with that, you know, you’ve got a lot of instruments in the tool shed…It’s kind of a difficult question to answer only because I’m one of those guys that I have to just kind of feel it. Otherwise it becomes a very intellectual exercise if I start thinking about it too much. So I think it’s more getting into a very open minded mindset where for me, I felt like this was the kind of guy who is very easily influenced. Especially by someone with such a presence as Lorne Malvo has. Obviously there is the threat of violence behind it all. But I think this guy’s not so much afraid of any kind of violence against him as he is of sort of getting caught. I don’t know, it’s sort of just the feeling of being innocent again. I mean it is a very different character than the character certainly I play on ‘Sunny’, who thinks he knows everything. I think this guy thinks he doesn’t know as much as he needs to know. But I don’t know…I think it’s just bringing a real openess to the role. More listening than demanding or saying.

How was it sharing scenes with Billy Bob Thornton as Lorne?

Howerton: Billy’s great. I’m always a little concerned any time I get into a scene with somebody who I–you know someone I have so much respect for as I do with Billy. Just because they say never meet your idol, you know, so…I don’t want to meet this guy and have him be a son of a bitch or something. But he could not be a nicer, easier person to work with. He’s extremely open to suggestion, very easy to work with. Very professional, being on set knowing all of his lines, clearly is listening. I’m a big fan people who I feel like when I’m talking to them in the scene, they’re actually listening to what I’m saying. So even if I did flub a line, he was listening to me, he’d pick up on it. So it was a lot of fun. It kind of became like a really weird sort of Abbott and Costello-y kind of relationship where I kind of end up becoming his lackey. It was a lot of fun and you know, I’m not accustomed to usually playing the, for lack of a better word, the dumb one in the comedic relationship. I’m usually the straight man so it was a lot of fun not playing the straight man.

Did you have a favorite scene while shooting Fargo?

Howerton: I’m thinking the scene that I did in the closet with [Billy Bob] was a lot of fun which in the script was actually a little bit of a longer scene with more in there. But as I’m well versed with ‘Sunny’, you only have so much time to tell the story so you gotta cut out anything that’s not absolutely essential. But I had a really good time shooting that scene.  It’s almost awkward to be literally inches away from someone’s face doing a scene. But I think that’s part of why it’s so awkward and funny to shoot.

Coming from writing and acting on It’s Always Sunny in Philadelphia, is it hard to resist coming up with input on this character?

Howerton:  It’s not hard for me to resist it because it’s not something that, this is going to sound weird, I’m not compelled often to be a writer. I would much rather as an actor get something that’s so well written that I don’t feel the desire to write it or rewrite it. And that was certainly the case with Noah’s writing. I think he strove for a certain amount of excellence in his writing where you said things pretty much word for word that would convey exactly the message that it needed to convey. So I really stuck pretty closely to the script on this one, but to Noah’s credit, there were certain sections where my character was sort of fumfering through a moment where he was absolutely open to me changing or altering things in any way that I saw fit. But to be honest, most of the time I stuck pretty closely to the script. 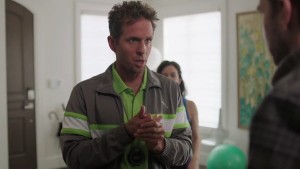 How would the ‘Sunny’ gang cope with the situation that Don’s found himself in?

Howerton: I think that’s a difficult question to answer certainly because…most of the guest star roles we have on Sunny are sort of mowed over by our extremely energetic, forceful characters. You know, in season seven we actually did have a similar situation of being trapped in a closet…so I think the difference between Don and Dennis, Dennis would have spent the entire time trying to get out of that closet. Whereas Don just you know, just spent the night eating whatever he had in the cabinet and peeing into his shoe. Or whatever the hell he did, I don’t know. I think he’s a much more thoughtful, trusting character, Don. Whereas Dennis is you know more cynical and untrusting.

There’s a rumored Lethal Weapon reboot happening, how would the Always Sunny Gang react to that news having made their own sequels?

Howerton: My god. I didn’t hear that. They’re talking about remaking Lethal Weapon?