If you’re a fan of classic animation you surely are a fan of Ralph Bakshi. In his five decade career he has created such seminal animated features as “Fritz the Cat,” “Heavy Traffic,” “Wizards,” “The Lord of the Rings,” “Cool World” and many more. This week at the Kansas City Film Fest a retrospect of his work will be shown, featuring screenings of “Heavy Traffic,” “Coonskin” and “Wizards,” culminating in a Q&A Skype session with the director after Saturday’s screening of “Coonskin.”

Introducing the films this week will be another filmmaking member of the Bakshi family, Ralph’s son, Eddie. Eddie caught the filmmaking bug at a young age and is finishing up his animated producer’s debut, “Last Days of Coney Island.” While waiting for the Fest to begin, Eddie Bakshi spoke with Media Mikes.:

Mike Smith: Can you give the readers a little inside introduction to the upcoming retrospect of your father’s films at the Kansas City Film Fest?
Eddie Bakshi: The festival is presenting screenings of three of his films: “Heavy Traffic,” “Coonskin” and “Wizards.” There will also be samples of the original art – the original animation cells used to make the film. They 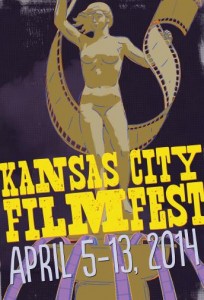 will be on display and some will also be available to purchase. In addition, he will be Skyping in to the festival after the Saturday evening screening of “Coonskin” for an audience Q & A. The audience will have a chance to ask him a question about any of his films, be it “Coonskin” or his latest film, “Last Days of Coney Island.” He’s currently editing that film right now and will actually be Skyping in on the same computer he’s editing on.

MS: Can you talk a little about “Last Days of Coney Island?”
EB: “Last Days of Coney Island” is a project that we’re both working on. He’s directing and I’m producing. We’re currently in the middle of editing it. It’s an eighteen-minute featurette. When we announced it on Kickstarter we had said it would be a five to seven-minute short but now it’s a bit longer. Actually, we may continue the project and turn it into a full length feature film. If we can get the funding we would like to tell the entire “Coney Island” story, which takes place in the 1960s and involves cops and a whole lot of seedy characters…the inhabitants of Coney Island. It will be a classic Bakshi film in the vein of “Heavy Traffic.” It has a lot of strange characters and they’re all interlinked. He’s very happy with what he has done now but he would love to turn it into a feature. He’s very happy with the story and how it’s going. He’s been very involved the past several months lengthening the story to eighteen-minutes. The art style is very interesting. 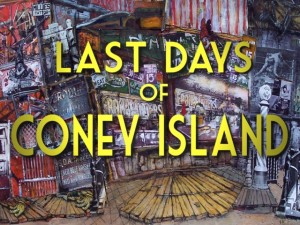 MS: You will be offering some of his original art and cells to the public?
EB: Yes. It’s a great way for his fans to own a piece of his work.

MS: Is this retrospect a way to introduce his work to new fans as well as letting old fans know about his newest project?
EB: It’s a new way to promote Bakshi Productions. It’s really the first real chance people will have to ask him about the project directly. There has been a real spike in the increase of interest in his work since the advent of outlets like Twitter and Instagram. Many new fans are being exposed to his work. An outlets like Facebook these fans are finally getting to see the images from his films and it generated a lot of interest in the new film. We’ve been getting offers from all over the country to attend film festivals to not only talk about “Last Days of Coney Island” but to show his older films as well. It’s kind of like a bundle package. Once “Coney Island “ is ready we can take that to festivals, or show a trailer for it with some of the older films.