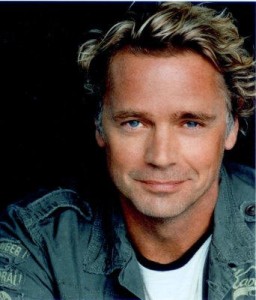 John Schneider is best know for his roles like Bo Duke in the 1970s–1980s TV series “The Dukes of Hazzard” and Jonathan Kent in TV series “Smallville”. In the last few years, John has worked on several films including “Super Shark”, “October Baby” and his most recent “Doobny”. Media Mikes had a chance to ask John a few question about the film and what he has planned next.

Adam Lawton: What can you tell us about your new film “Doonby”?
John Schneider: Doonby is a movie that will keep you thinking from beginning to end. It is a puzzle with a high impact solution.

AL: What was it that interested you in the role?
JS: I was very impressed with Peter’s passion for the project. I also like the idea of the drifter who comes in to town and, even though he tries to do the right thing and make it a better place, he causes ripples in the community that have sever implications on the status quo. I also like the mysterious part of who Sam is.

AL: We’re you allowed to be pretty free with the character of Sam or did you stick more to the written script? 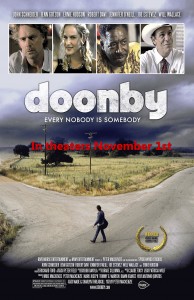 JS: Peter allowed the scenes to take their own shape. We stuck to the dialogue mostly, because it is really good dialogue, but the intent is where we got to play around a bit.

AL: You have a bar scene with Scotti Hill of Skid Row? How did he become involved and what was it like filming that scene and the others where you get to sing and play guitar?
JS: Scotti was great. What a talented guitar player and performer. I believe he is Peter’s friend. Having toured with music for years in the 80’s it felt get to get back on stage with my guitar again.

AL: Do you have any other projects coming up that you would like to mention?
JS: We start another film in Baton Rouge in January in Louisiana called Useful People. My hope is to stack it full of wonderful older names like Dick Van Dyke and Ed Asner. It’s about a group of terminally ill poker players with a legitimate ax to grind against someone who took a loved one from them years ago and got away with it. The group of older gentlemen get together once a week and occasionally have one of the offenders taped to a chair in the closet. If you want to know what happens next you’ll have to come see the movie!