In Your Eyes held it premiere at this year’s Tribeca Film Fest and fortunately for viewers became immediately available to stream thereafter. This intimate romantic comedy was directed by Brin Hill working from a script from none other than The Avengers’ Joss Whedon. Hill attended the festival in New York and sat down with me to discuss this unique, genre-blending story.

The film stars Zoe Kazan and Michael Stahl David as two complete strangers, Rebecca and Dylan, who find themselves beginning to literally see out each other’s eyes. The unexplained connection—they can hear eachother as well— bonds the pair who use it to help each other navigate trying times in their respective lives. Casting the lead couple, Hill said, came about from discussions with producers and Whedon. 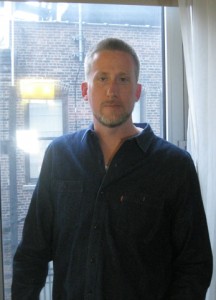 about her was she’s quirky, you know, she brings a lot of range to her stuff so that was exciting.” As for Michael Stahl-David, Hill said “he just came in auditioned and I was like this is the guy…[he] was just charismatic and he just got it. He was just great in the read.”

The mysterious connection between Rebecca and Dylan manifests itself in the film as superimposed imagery in their shared vision, a decision Hill called intentionally “low-fi” adding “I wanted them to feel like an old bolex camera like when I read it I was like ‘Oh you shoot it once and then you roll the camera through and then you shoot it again’ and I wanted these two images on top of eachother. That was how I saw it…I tried to embrace it like something that was really happening to them.”

The result of the distant connection in the film is that Kazan and Stahl-David don’t actually share much screentime together. However to keep their relationship feeling natural, Hill had both the actors on set. “They both had to be there run-of-show so when we shot Zoe’s side in New Hampshire, [Michael] was there…They didn’t want to look at each other necessarily but he would be there. I mean like literally. Like I would have him under the desk. And so the idea was to build that chemistry and build that emotion between them and I think it worked.”

Although there’s a sci-fi conceit at the center of the film, Hill and Whedon didn’t trouble themselves too much with the exposition as to why or how the Rebecca-Dylan connection is established.  “They almost manifested it for themselves when they needed it” Hill said of the conclusion of the story. “I said to Joss, you know, to me what’s most important is that these people need this connection…they need this connection in this moment in their lives and that’s why it’s happening. And it doesn’t need explanation beyond that. It’s just like these people, when they need it, it shows up in their life and they need to find each other. And if they can find each other, they can break free. And it goes under that whole thing of sort of what Joss is dealing with in this movie —and all his movies sort of—is loner heroes that have to figure out a way to band together to overcome adversity. And eventually hopefully find their fate or their destiny…You can’t go it alone.” When asked if Hill would ever seek this particular brand of connection with another person given the choice, he wasn’t sure “I never asked that. You know, it’s a mixed bag I bet.” 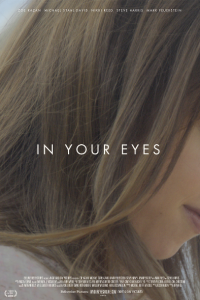 Speaking of Whedon’s other work, while filming Avengers he went and made the lovely lower budget Shakespeare adaptation Much Ado About Nothing. I asked Hill if doing that and then scripting In Your Eyes was for Whedon to avoid being pidgeonholed as the big sci-fi director.

“I think so.  I think there’s a little bit of, I mean the notion with [Bellwether] I think, to some degree, was just trying to do stuff differently and kind of trying to put stuff out there that was just different. And in a weird way experimental. I mean I know it’s not an ‘Experimental Film’ but it’s like we’re trying an experiment…Even in how they’re distributing it.”

Of the distribution, which was announced by Whedon during Tribeca, Hill was glad, saying  “It’s exciting to me. I like the idea of trying to get it out there to as many people as possible. I mean I’ve made stuff that’s been seen by a lot of people and I’ve made stuff that nobody’s seen yet and stuff that got released widely that not that many people saw. So for me, like casting the widest net with indie film is really exciting. We all independently have had different experiences with different sort of release strategies. Obviously this is sort of an extension of what they did with Dr. Horrible and you know, Much Ado had its own version. I think it services the film really well because I feel like it’s a fun sort of infectious movie. And I feel like people being able to consume it however they want to consume it is really kind of interesting to me.”

In Your Eyes, as noted above, is now available to stream online.