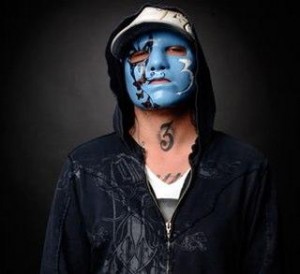 Johnny 3 Tears is the vocalist for the rock/rap group Hollywood Undead. The group is set to release their third full length studio album via A&M/Octone Records in early January titled “Notes From The Underground”. Media Mikes had a chance to talk with Johnny recently about working on the album as well as what it was like shooting a video for the song “We Are” with Slipknot percussionist “Shawn “Clown” Crahan directing. Be sure to check out our review of Hollywood Undead’s latest album “Notes From The Underground”, here.

Adam Lawton: Can you tell us a little bit about the groups writing sessions for the new album?
Johnny 3 Tears: Some of them were fun and some of them sucked! (Laughs) It’s always an up and down process with moments of glory and moments of pure panic. I enjoy writing records in general because all of the moods and things that happen during that time. We usually work with more than one producer which adds a little bit of flavor to things. We always try to keep things that way as it’s very easy by the 10th or 11th song to get repetitive. Recording 3 or 4 songs with different guys keep us honest and working hard. It was a lot of fun and writing is my favorite part of being in the band.

AL: What type of steps do you take personally when writing?
J3T: I always write a hook or a melody first. Often I will have words to the melody as well. Typically I think a lot of people write a guitar part and then sing to it. People think I am weird because I do things the other way around. I have just always done things that way especially since I can’t play guitar worth a crap. Songwriting I think is very individualized. 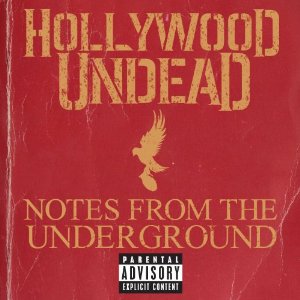 AL: Did you guys try anything out of the box during the sessions that maybe you have tried before?
J3T: We get pretty extreme during our sessions. It is not uncommon for us to have a 48 hr. recording session where we don’t sleep. Guys start to get to the point where they are starting to lose their minds. For me those are break through moments where you are so off your rocker that you try something you would never do with a sane mind. Producer wise some of them will do whatever we want and are willing to go deep in to the project. Other guys have other priorities and don’t want to live that life. We sometimes will have to be at the studio at 10am instead of 10pm drinking Starbucks instead of Jack Daniels but it works. The power is very balanced out.

AL: How was it working with Danny Lohner again?
J3T: We worked with him on first record but weren’t able to on the second as our schedule’s didn’t match up. Lohner is one of those outside the box guys like us and we love working with him because of that. He is more of a friend than a producer to us now as we have become really close. I am a huge Nine Inch Nails fan so when we first started with him I was a little gun shy. Once we got to know him we saw he’s a really cool guy. Danny brings some great ideas to the table.

AL: Can you tell us about the two version of the album that are being released?
J3T: With a regular record you are allotted a certain number of songs. If it was up to us we would have 30 songs on every record but I understand how things work. The deluxe version of the album is a chance for us to get more material out. It has 3 more songs than the standard version and for me it is the complete record that should be there. We always try to do different things that allow fans to get tracks that don’t make it on to the album. The deluxe album is one way and also if you buy the album off of ITunes you get a track that is exclusive to there. 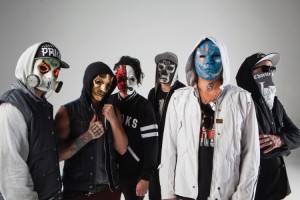 AL: Can you tell us about working with Shawn Crahan on the video for “We Are”?
J3T: The video came out a few weeks ago and it turned out really cool. Working with Shawn was really awesome. I had no idea what the guy was going to be like when we first met. Slipknot is one of those bands that are more of a movement than a band as they represent a lot. You just don’t know what to expect. When we finally met Shawn we found he is one of the most down to earth, cool, creative guys you will ever know. We have done a lot of videos with other people who are strictly video directors but it was cool to work with a guy who has been in a band as well. I think he understood the other side of things and he really made us feel comfortable. It was a very smooth and fun process.

AL: What are the tour plans for the coming months?
J3T: January 8th we start a major market 12 date tour. It’s a promo tour where we will be playing some smaller venues that will allow us to get back to the basics of where we started. The shows will be intimate gatherings for people who have listened to us since we started. After that I think things will be pretty non-stop.