With almost six decades in the film business, it would be hard for Joe Alves to pick his favorite project. Alves, an Oscar nominated and BAFTA award winning production designer, is responsible for the look of such classic films as “Jaws,” “Close Encounters of the Third Kind,” “Escape From New York” and many others. Recently Alves decided to offer to fans the opportunity to purchase autographed copies of some of his story boards from “Jaws” at his new site – www.joealvesmovieart.com

Alves is also offering an exclusive autographed compilation of some of his conceptions for “Close Encounters” as well as a composite of his visions of the ID from “Forbidden Planet,” one of the first Hollywood features Mr. Alves worked on.

With this year marking the 35th Anniversary of “Close Encounters” please take a moment to revisit my interview with Mr. Alves in which he discusses his amazing career.

Mr. Alves has graciously provided Media Mikes readers a chance to win an autographed “Jaws” illustration of their choice. All you have to do is let us know your favorite scene from “Jaws.” One random winner will be picked from all comments and that winner will be notified by email. Contest ends at Midnight EST on December 16. 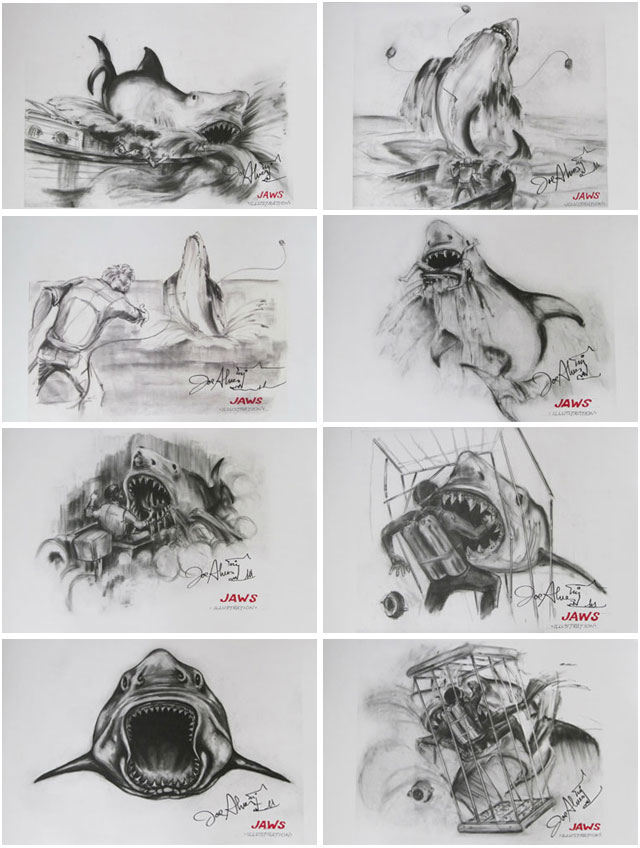 22 Replies to “The Art of Joe Alves, Production Designer of “Jaws” and “Close Encounters,” Now Available to Fans”