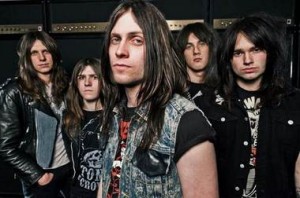 Matt Jones is the vocalist for the British rock band The Treatment. Media Mikes talked with Matt recently about the band’s debut album titled “This Might Hurt” and what they are most looking forward to this summer touring with Motley Crue and Kiss.

Adam Lawton: Can you give us some background on the band?
Matt Jones: Dhani Mansworth our drummer started the band when he was 14 and still in school. He kind of brought us in from all different areas. He found Ben Brookland our guitar player first and then it was like a snowball effect after that. Ben knew Rick and then Rick knew Tag Grey. They found me on Myspace when that was still doing stuff. Over the last couple years we have just gone from there really.

AL: How would you describe the band’s sound?
MJ: We are a straight up hard rock band. You can kind of here some of our influences like Judas Priest and AC/DC in our sound. People call us classic rock all the time which is fine. That is a great genre of music and it’s what we all listen to.

AL: Can you tell us about the band’s debut album?
MJ: We released it here in England last September. It took about a year to record prio 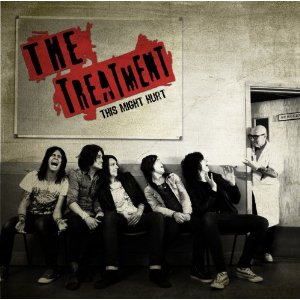 r to that. It has been a long going thing for us. It will be brand new for those people in the States which is great. The album has been well received so far and we have been having a lot of fun playing the tunes.

AL: What type of writing approach does the band generally take?
MJ: We all kind of work as a group. Ideas seem to come from everywhere and we actually record as we are writing. When someone has an idea we press record on the computer. We will record the guitars and then just build up from there. When we listen back to it is when we may decide to make changes. It is a really sort of slow building process.

AL: What are the video/single release plans for the album?
MJ: We just released a video for the song “Nothing to Lose”. Fans can check that out on YouTube. The video is a bit of a performance piece as we rented out a recording studio and gave the video a real old school vibe. We wanted it to look like when all the 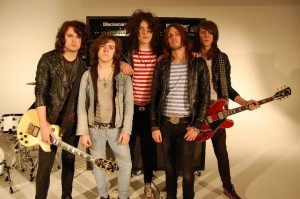 bands that we like we’re doing things. It’s a real fun video.

AL: What can you tell us about your upcoming tour with Motley Crue and Kiss?
MJ: This will be the bands first trip to the U.S. and we are really excited. This is a huge tour. For us being an English band that gets to come to the U.S.A. it’s just amazing. Bands from the UK have been going over to you guys for some time now. It’s kind of like the promise land. (Laughs) Nikki Sixx has been a massive supporter of ours even though we don’t know how he really came across us. Ever since he did he has been very good to us. We are really grateful for all of his support. It’s going to be great playing our songs and getting to see Motley Crue and Kiss every night.