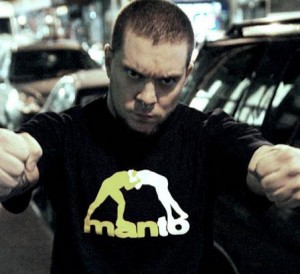 Mark Hunter is the lead vocalist for the Cleveland, Ohio based band Chimaira. The band recently released their 6th studio album title “The Age of Hell”. Media Mikes had a chance to talk with Mark about the new album, life on the road and what it was like touring with Slipknot.

Adam Lawton: Can you give us some background on the new album “The Age of Hell”?
Mark Hunter: Where do I begin? For those that follow the band they may know that we have had a couple line-up changes over the past year and half to two years. We were forced to go into the studio a couple guys down and make the album. We tried to not let it cramp our style too much and we used the energy that came from it to make something great. We started in January and came out a few months later with “The Age of Hell”. It was a great experience working on the album as there were a lot of things both good and bad that led up to it.

AL: Did being two members down impact the recording process at all?
MH: It’s a mixture of two things. When it comes to writing the music for Chimaira, Rob and I have been the guys who usually deliver the base of the song. From there everyone else comes in and adds their character to it. Sometimes we would write so much that there wouldn’t really be much room for people to participate and other times it would be very open. We knew with our approach to writing an album technically we could do the work other than the fact that we were tripling the work load for 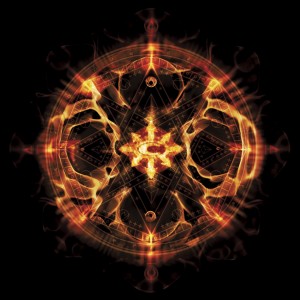 everyone. Of course there is some impact on an emotional level as well whether it is confusion or anger or excitement. All the things that come with a relationship ending were present. It was almost like a divorce as we had been with the guys eight or nine years so it was a little difficult. We didn’t necessarily write specifically about the guys leaving but those events did affect the energy.

AL: Had you written any of the songs prior to the guys leaving?
MH: Everything had been unfolding over time and we chose to keep things internal until we felt it was appropriate to discuss. We tried to do our thing and make the album and music our focus. We had written something’s as early as 2010. Leading up to January 2011 when we began pre-production on the album we had about 15 songs written. I remember not being very satisfied with those songs as a whole and I knew that there was going to be a lot of work in front us. I have said before in interviews that we scrapped everything which wasn’t really the case. What I had meant to say is that those songs didn’t really get used and after everything happened we started writing and those new songs seemed to have what I was looking for that the previous demos did not.

AL: Do you have a favorite track of the new album?
MH: Yes and No. I like to listen to the album as a whole. I find that this album more so than our others feels like a journey of some sort.  So it’s hard for me to pick a favorite track from this album. Our previous albums it was a clear cut case for me but if I had a gun to my head I think I would choose the song “Powerless”. I really like to just hear the whole album and reflect on what it took to make it. I 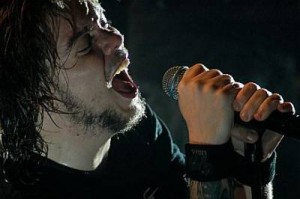 have taken more out of this album than all of our other albums combined.

AL: Can you tell us about the upcoming fall tour?
MH: This is going to be our first full U.S. headlining tour in almost four years. We have been out but most of it has been supporting other bands. We had some real great opportunities to go out with Disturbed on the Mayhem Festival as well as the other tours we have been a part of. It’s cool to go back out and headline. We get to play 14 or 15 songs a night which really pleases the fans, which is something that we love doing. It’s a great package that features Impending Doom, Revocation and Rise to Remain. This will be one of two U.S tours that we are going to be doing. We will also be going overseas and we are booked solid through April. I have been home for a year so it will be good to get back out there.

AL: Is there anything you like or dislike about being out on the road?
MH: I think Rob Zombie said it best when he said “You don’t get paid for the hour you are on stage. You get paid for the other 23 hours leading up to it”. I think that’s a pretty accurate description. The best part is playing the gig and the worst part is waiting around prior to the show. It’s an interesting life. You are camping with your friends but instead of being in nice scenic places you’re in shitty parking lots.

AL: What was it like when you guys were touring with Slipknot a few years back?
MH: Slipknot is a great band that we learned a lot from. They were always down to earth and treated us great. They were very thankful to have us on the tour with them. The first night we played 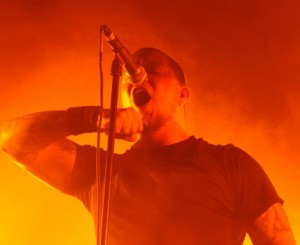 together I was in the dressing room waiting for them to go on. I am a big fan of theirs and actually saw them on their first tour. So we were sitting there and a couple of the guys came into the room in full costume and in character. These guys were not the same guys once they had transformed into their roles. There was this feeling that things were about to get real serious! I was actually terrified.  Out of all of the bands I have seen live Slipknot is definitely the most intense.

AL: Are there any other things going on besides the tour for yourself?
MH: The touring is definitely going to preoccupy all the energy we have. However to keep busy I met a band from the Cleveland area called Ohio Sky. Musically they are in the vein of the Deftones or Mastodon. I describe them as space rock. Their keyboardist helped us out a lot on the album and we have become real good friends. I am trying to help them and share my knowledge of the business to help them get their foot in the door. It’s a good project to spend my free time with. Working with them has been different and a nice change of pace. This business and climate right now is like walking into a lion’s den, so I am glad to share my experience and insight.