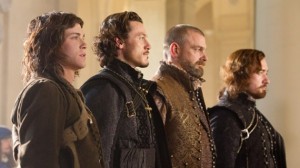 So this isn’t the first time we have seen an adaption of “The Three Musketeers”. This updated version is nothing revolutionary either but it is damn well entertaining. Plus we have never seen these swashbuckling musketeers kick butt in 3D. The 3D is very fun and recommended but the 2D version is actually equally as great. The film has some of the year’s best art direction and costume design. My main issue with these films have always been why are they called The Three Musketeers when there always are four? Nonetheless, this is a fun time overall and worth checking out for a good time and mindless fun.

This film is a stylized update to classic swashbuckling novel, “The Three Musketeers”. It follows the young hero D Artagnan (Logan Lerman) and his joining sides with the Three Musketeers. They take battle against Europe’s most elite warriors on a mission uncover a conspiracy that threatens to overthrow the king and push Europe into war.

The Blu-ray presentation is quite impressive. The video resolution looks sharp with its 1080p 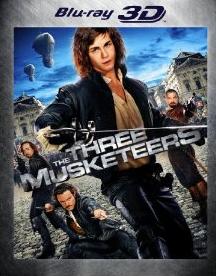 transfer. The audio was very impressive with the film’s action scenes and music boasting a great DTS-HD Master Audio 5.1 track. This releases comes with the 3D Blu-ray and the 2D Blu-ray. All of the special features are found on the 2D-only release, There are no 3D or exclusive extras included in this release.

The special features are packed with great content. There is an interesting audio commentary from Director/Producer Paul W.S. Anderson and Producers Jeremy Bolt and Robert Kulzer. They discuss the films production in depth. “Access: Three Musketeers” is a picture-in-picture that provided great behind the scenes features you can watch during the film. This is my favorite feature on this release. “Paul W.S. Anderson’s Musketeers” is a short feature focusing on the cast and rebooting the story. “Orlando Bloom Takes on the Duke” is self-explained from the title. “17th Century Air Travel” talks about the film aerial ships. “Uncovering France in Germany” talks about shooting in Bavaria. There are about 15 minutes of deleted & Extended Scenes, mostly hit and miss. but worth checking out.