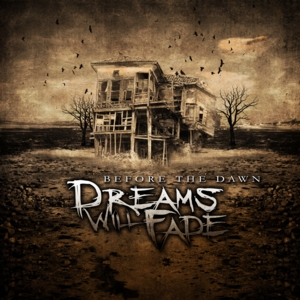 “Before The Dawn” was a fairly decent listen as the album had several high lights. I felt the band did a good job of blending melodic vocal lines with heavy riff driven instrumentation. Tracks such as “Before The Dawn”, “Watch You Fall” and “Whatever” were personal highlights and in my opinion and featured some great arrangements and performances. I would have liked the overall mix of the album to be a little more up front and in your face however each track still sounded good.

Dreams Will Fade’s “Before The Dawn” as a whole is a good album. I could have done with a little less screaming as I don’t think it’s the bands strong suit. If you are a fan of bands like Killswitch Engage, Breaking Benjamin and Pierce The Veil then you will definitely want to check out Dreams Will Fade’s debut album.

Track Listing:
• Against a Wall
• Before The Dawn
• Hard To See
• Last Time
• Losing It
• On The Edge
• Pressure
• Swallow
• Watch You Fall
• Whatever