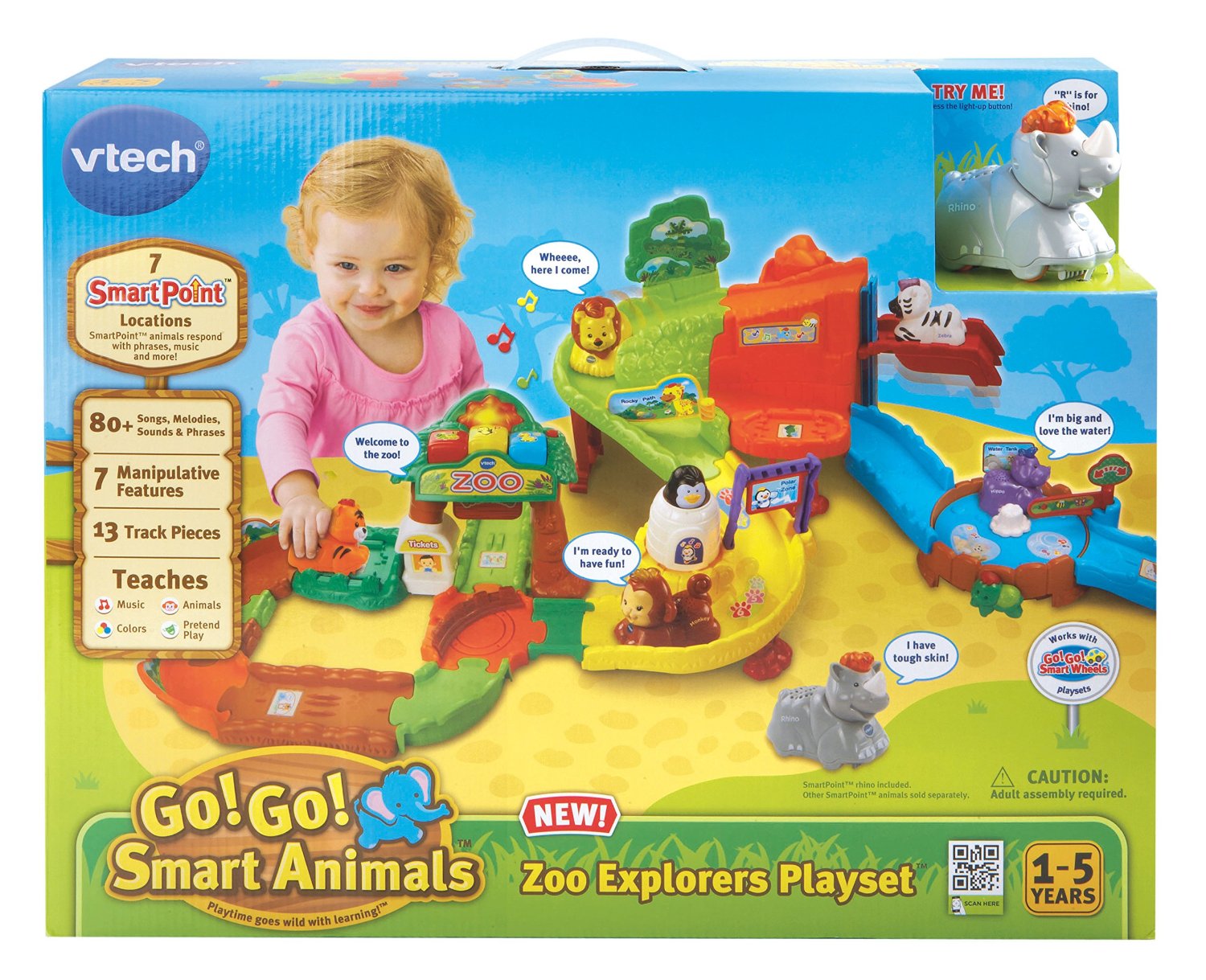 When you have a kid, it is very important for parents to buy them the right toys. You want toys that are going to challenge your kid and also teach them in the process. Enter VTech. They are responsible for tons of great learning products for kids. Their products are fun and yet just drive the kids to the next level and keep their minds thinking. Their latest product that I came across is the Go! Go! Smart Animals™ Zoo Explorers Playset. With this playset, you are able explore and learn about animals, colors and more.

There are SmartPoint locations for the rhino and this also recognizes other SmartPoint locations as well. This helps to teaches your child not only the respective animals name but also the colors and additional fun facts. Plus this is also able to be connected to other playsets including Go! Go! Smart Wheels, so it is expandable for your kids. I hope you have a big spot for it though because without being connected to other playsets it already takes up a nice chuck of space.

There are 80+ sing-along songs, melodies, short tunes, sounds and phrases. There are 13 track pieces, which can be put together in multiple configurations. In the week that we had had this, I have reconstructed it twice so far. So you are able to keep it fresh for your kids and they don’t get tired of the same thing. The playset comes with the rhino but there are a bunch of other animals you can purchase including a lion, monkey and zebra to expand this playset.

Parents if you are concerned about putting this big playset together, relax cause is very easy to do and because like I said it has different ways to be setup…you really can’t screw up too bad. I would have liked VTech to have listed a few different ways to setup since the box shows one way and the directions show another. I just winged it. My daughter still has not stopped playing with this playset and I have a feeling we are going to be adding on some of the other sets very soon. 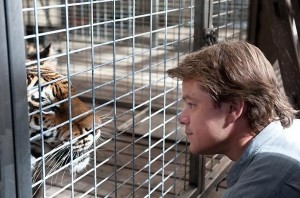 Matt Damon can do just about anything. He ranges from kicking ass as Jason Bourne to father who buys a zoo, and he does it really well. Maggie Elizabeth Jones definitely is the cutest thing ever and easily steals the show though. The film is from writer/director Cameron Crowe (“Jerry Maguire”) who really knows how to take a film and make it booth funny/dramatic and also inspiring. Though not the best movie of the year and easily the worst titled film of 2011, this film still has a lot finds a way to warm up your heart. Too cheesy? Oh well, I don’t care…I enjoyed it.

This inspirational true story is based on the memoir by Benjamin Mee. Matt Damon stars as Ben Mee, a man who’s wife recently passed away decided to take his two kids and move into a new house. Of course it happened that where they move just happens to be a zoo. With the help of the zookeeper (Scarlett Johansson), Mee and her family get the zoo from rundown to operational in order to get a fresh start. Notable performances from Thomas Haden Church, Colin Ford and Elle Fanning as well.

The Blu-ray release of “We Bought a Zoo” is fantastic. The 1080p transfer looks great and really sharp picture. The DTS-HD Master Audio 5.1 surround track is subtle but showcases Sigur Ros’ Jonsi score very well. Besides the Blu-ray, this also includes a DVD version of the film and bonus digital copy disc as well. To top it all off this release comes with a free child’s Zoo admission coupon, thanks to the Association of Zoos & Aquariums.

The special features are extremely impressive. There are a crap load of deleted & extended scenes, almost running 40 minutes. Crowe is known for his alternate shots, ever see the extended cut of “Almost Famous”? “We Shot a Zoo” is an amazing 75 minute comprehensive five-part making-of documentary. It covers just about ever aspects of the production. There is an audio commentary from director Cameron Crowe, editor Mark Livolsi, and actor JB Smoove (who if you blink you’ll miss in the movie). It is no the most exciting commentary but I enjoyed Crowe’s comments. “Their Happy Is Too Loud” focuses on the score from Sigur Ros frontman, Jonsi. “The Real Mee” talks about the real Benjamin Mee. There is a Gag Reel included which is also set to inspirational music by Jonsi. Lastly, there is Photo Gallery and Theatrical Trailer included. 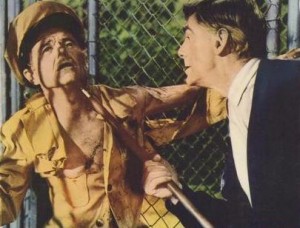 “When Creature Attack” movies are always fun especially ones that are from the 50’s and 60’s. This one is a little different since they are being controlled by a human. I enjoyed the film quite a bit and I am surprised I have never seen this film in the past. The animal to human interactions are fantastic and probably and also very risky since it looks very real and up close. What drew me most to the film was the amazing old fashioned poster art. Such a classic! The plot is a little cookey with the main baddie being involved with a animal cult…besides that this is a fun romp.

We meet Michael Conrad who is a zookeeper but also leads a cult group who worship animals. Michael cares for the following animals in his zoo: a lion, a lioness, a pair of cheetahs, a tiger, and a black panther; as well as a gorilla but he also uses them to kill anyone who gets in his way. Things get out of control when the cops and his wife catch on to plans and he gets a taste of his own medicine.

This is the first time that this film has been released on DVD, thanks to Warner Bros. Archive Collection. They are responsible for releasing some really great gems and this is definitely one of them. Unfortunately there are no special features on this disc but at least we have a decent transfer to DVD on this disc. 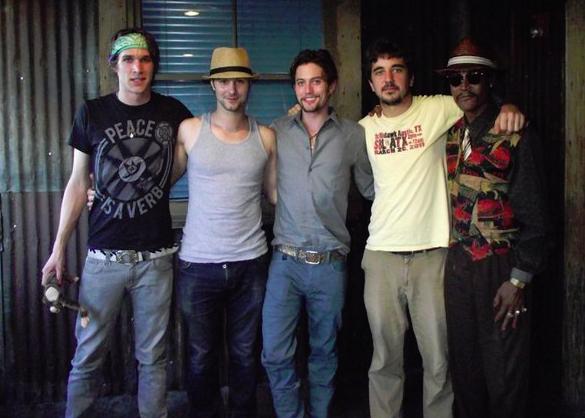 100 Monkeys is a funk rock band featuring its members Ben Graupner, Ben Johnson, Jackson Rathbone (“The Twilight Saga”), Jerad Anderson and Lawrence Abrams. Check out our interview with the band, 100 Monkeys here, Media Mikes would like to giveaway ONE COMPLETE BAND SIGNED CD of their latest album “Liquid Zoo”. If you would like to win this amazing prize, please leave us a comment below or send us an email and let us know your favorite 100 Monkeys song. This giveaway will be open until Friday August 26th at Noon, Eastern Time. Only one entry per person, per household; all other entries will be considered invalid. THIS GIVEAWAY IS OPEN WORLDWIDE TO ALL OF 100 MONKEYS FANS!! Once the giveaway ends, Media Mikes will randomly pick out winners and alert the winners via email.