To celebrate the release of the DVD “Sonic Boom: Go Team Sonic!” and the new “Team Sonic Racing” Video Game, Media Mikes would like to give our our fans a chance to win these. If you want to win this great prize, please leave a comment below your favorite Sonic game or character to date This giveaway will remain open until June 15th at Noon, Eastern Time. This is open to our readers in US only. One entry per person, per household. All other entries will be considered invalid. Media Mikes will randomly select winners. Winners will be alerted via email.

It’s a Sonic you haven’t seen before – an ensemble comedy that pokes fun at action-adventure storytelling, but still manages to deliver plenty of adrenaline! Wherever he goes and whatever he’s up against, Sonic the Hedgehog is aided by his sidekick, Tails, and his friends Knuckles, Amy, and Sticks and, of course, attacked by his arch nemesis, Dr. Eggman.

On this action-packed DVD, join Sonic and the gang as they accept a dare from Dr. Eggman. Tag along with Sonic and Knuckles as they enter a game show. And find out what happens when Sonic’s status as the town’s biggest hero is threatened. And so much more! 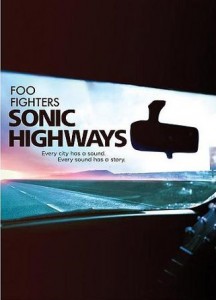 “Sonic Highways” directed by Foo Fighters front man Dave Grohl is an 8 part series devoted to various musical landmarks from around the United States. While documenting these sites Dave and his band would record one song in each location while utilizing the artists and scenes that developed out of the areas they were in. Over the course of the 9+ hour series the viewer is taken to places such as Chicago, Washington D.C. and Nashville to Austin, Los Angeles, New Orleans, Seattle and New York City. The mini-series not only documents one bands attempt to make a new album but it goes much deeper than that. Through candid interviews and a mixture of both new and archival footage “Sonic Highways” makes the viewer feel like they are actually there with the band during this tremendous undertaking.

Whenever I hear the word “concept” in relation to a music album or film I tend to shudder a little bit as more times than not these concept ideas don’t fair to well often  leaving the listener/viewer severely underwhelmed with the end results. This couldn’t be further from the truth with the latest documentary from former Nirvana drummer/Foo Fighters front man Dave Grohl. “Sonic Highways” not only captures the bands creative process in a way we have never seen but also showcases the idea of this “concept” based album. Over the 8 episodes you gain an in-depth appreciation for each city visited and the musicians who have come from those places while at the same time seeing how these places impact the creation of a specific track that the band works on throughout the episode. As the band zigzag’s across the country Grohl digs deep in to the memories of artists like Dolly Parton, Rick Neilson and Joe Walsh to help paint a picture of just how important an artist’s surroundings are and how those same surroundings directly influence/impact that artists sound and/or style. This common theme is something that is carried on throughout the 8 episodes. Though this gives each episode a touch of redundancy each episode is unique and somewhat different.

If the mini-series wasn’t enough to keep your interest peeked then tap in to the Special Features portion of the release. Here you will find a treasure trove of extended interviews and never before seen footage not included in the initial release of the film on HBO. The over 3 hours of footage in this section alone made the purchase of this DVD extremely worth it.

From start to finish “Sonic Highways” is everything I want from a documentary of this type. You get stories and experiences directly from those who lived them along with new footage which in this case all add up to the creation of new material. Coupled with a great accompanying soundtrack, this is a film I will certainly be watching multiple times. 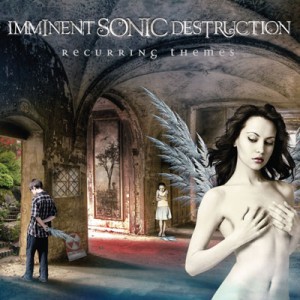