Previously, we have received the Ear Force PX4 wireless gaming headset from Turtle Beach, which was a great product…that is until I saw Turtle Beach’s Ear Force Stealth 500P Premium Fully Wireless Gaming Headset with DTS Headphone:X 7.1 Surround Sound…drool. This is the ultimate gaming headset and this all-new headset design features 50mm Neodymium speakers. Not only just does it just look snazzy, this beautiful device also delivers some epic sound.

The Ear Force Stealth 500P, along with the Elite 800, is the first DTS Headphone:X 7.1 Channel Surround Sound headset for PS4 or PS3. Since this is said to be fully wireless, that is no lie either, you are able to enjoy this without the need for an adapter or wire to the controller. You are also able to setup custom DTS Surround Sound modes, each with four EQ Presets.

What strikes me as odd though is that the Stealth 500P is much much better than the Ear Force PX4 except that for some strange reason it dropped compatibility with Xbox 360. It works perfectly though with PlayStation 4, PlayStation 3, and Mobile Devices though. This latest model also has a great battery life lasting over 15 of gaming per charge.

After using the Ear Force PX4, I noticed that there was some interference between the wireless but this device has crystal clear wireless surround sound. It also has intelligent channel-hopping in order to achieve that interference-free wireless. I can’t wait to see what Turtle Beach comes with with next but it is going to be quite hard to top this one guys! 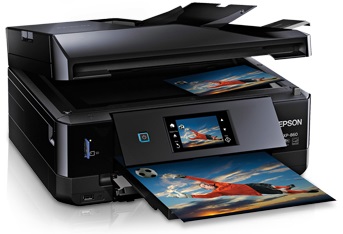 Last month, we were given the chance to do a feature review on Epson’s back-to-school printer, Epson Expression Home XP-410 Small-in-One Printer, now this month we step things up a bit with their BRAND NEW latest Epson Expression Photo XP-860 Small-in-One. I was blown away by the XP-410 but wow this XP-860 is absolutely phenomenal. Being in the IT business, I have a lot of exposure to printers and this is easily one of the finest printers that I have recently come across. The XP-410 is definitely still an amazing printer but it is a good option for kids in school etc. This is smart and bold choice for any moderate user.

The Expression Photo XP-860 Small-in-One printer still features that slim space-saving design. It print absolutely stunning, professional-quality borderless photos up to 8″ x 10″ with 6-color Claria® Photo HD Inks. The colors are mind-blowing. I did a comparison between the XP-410 and this one and wow, what a difference. The color is so vibrant and clear. The device comes with a 4.3″ color touchscreen, 30-page Auto Document Feeder, and auto 2-sided printing, copying, scanning and faxing.

I used to have a real snazzy printer back in the day that printed photos right at home, which was new and great…but you used to be able to go out for coffee and dessert before it was done printing…then it had to dry. This crazy amazing printer can knock out 4″ x 6″ photos in as fast as 10 seconds. I am amazed at the speed of this device. With the inclusion of another ink cartridge, the photo quality dramatically increases, while it does not compromise on the features included in the Premium XP-820. It also comes equipped with Epson Connect, which allow access to print and scan documents, photos, emails, and web pages from a tablet, smartphone or computer from literally anywhere in the world.

This device also features a dedicated photo tray, a rear paper feed for specialty media, and direct CD/DVD printing. This allows your the creativity to kick in as you can really do some cool things with these features. One of the coolest features though as to be that the XP-860 enables users to edit, scan and share photos directly to Facebook or the cloud with the touch of a single button. With today’s social media obsession, this is a real amazing feature for anyone with a Facebook account. I am going to make it my duty to spread the word about this printer. If I know anyone that needs a printer, this is going to be the one that I recommend.

Elvis: That’s The Way It Is – Two Disc Special Edition, which was re-edited and remixed for its acclaimed release in 2000, will now debut on Blu-ray™ as a Premium Digibook, newly remastered, and with DTS-HD Master Audio 5.1 soundtrack. In celebration of its 50th Anniversary Viva Las Vegas will also be offered as a Premium Blu-ray Digibook. These Premium Digibooks include rare behind-the-scene photos and are available for $27.98 each (SRP). 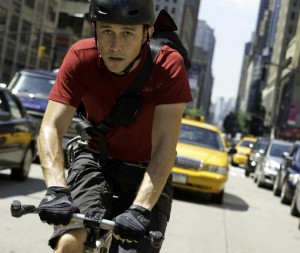 There are 1500 bicycle messengers on the street in Manhattan every day. At least that is what we’re told in the opening narration of “Premium Rush.” If you’ve ever been to Manhattan (guilty) you can’t help but marvel at how these two-wheeled delivery boys (and girls) risk serious injury to speed through some of the most congested traffic in the world. Wilee (Gordon-Levitt) is one of those delivery boys. A former BMX/trick rider he zooms through the streets on a bike with one speed and no brakes. When a last minute delivery order comes in,with instructions to get the package to Chinatown before a certain time, Wilee jumps at the chance to get the gig. But when he finds himself being chased and harassed though rush hour traffic, for the envelope he’s carrying, he may decide to quit his day-job!

An almost thrilling 90 minutes, “Premium Rush” begins very slowly to set up the speed in which director Keoepp’s cameras speed recklessly through the streets. As the audience goes along for the ride you’ll marvel at how our two wheeled heroes maneuver around cabs and pedestrians to ensure they’re packages arrive, be it rain, sleet, snow or maniac.

The cast is so-so, with Gordon-Levitt having nothing more to do then ride a bike through traffic and antagonize the police. The first cop (Michael Shannon) was apparently told to do a comical yet serious imitation of Christopher Walken, which is a shame because when necessary Shannon is one hell of an actor. Here he bugs his eyes and whines his dialogue as he tries to recover what he thinks is his. He is truly one person to avoid on the streets, this current film included.

There is also a romance and scenes of what may or may not be human trafficking but unless the action is happening on the back of a Schwinn it pretty much is only hinted at on screen. The story is also very reminiscent of a 1986 film entitled “Quicksilver,” which starred Kevin Bacon and Jami Gertz. “Premium Rush” only comes to life when Gordon-Levitt plays “what if” – imagining the outcome on his person depending on which route he takes before he takes it. Clever, yes, but not enough to rescue this package!