Elvis: That’s The Way It Is – Two Disc Special Edition, which was re-edited and remixed for its acclaimed 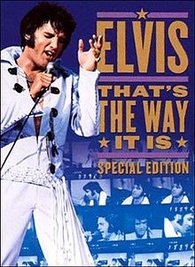 release in 2000, will now debut on Blu-ray™ as a Premium Digibook, newly remastered, and with DTS-HD Master Audio 5.1 soundtrack. In celebration of its 50th Anniversary Viva Las Vegas will also be offered as a Premium Blu-ray Digibook. These Premium Digibooks include rare behind-the-scene photos and are available for $27.98 each (SRP).