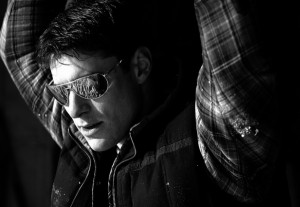 Singer/Songwriter Chad Kichula’s latest album “A Fire” was released in May of this year and Media Mikes had a chance recently to ask Chad a few questions about the new album and about his writing process.

Adam Lawton: What sparked your interest in music?
Chad Kichula: As far as I can remember I’ve always been interested in music. As a kid, I’d play old records that I’d find around the house, and I’d always have a radio on in my room. As I got older, I tried to figure out how to write and play my own music.

AL: Can you tell us about your new album?
CK: The new album is a mix of rockabilly and rock influences. It is mostly about my working life and what drives me. The album is a very blue-collar record.

AL: What is your writing process like?
CK: My process starts with an inspiration, which can come from any where these days. Sometimes good things happen, and the music meshes with the lyrical side. If it doesn’t, some parts get used later for future songs or it all gets thrown out. It’s kind of like spare parts from a car. After releasing 5 albums, I find that the more songs that I write, the harder it is to come up with something new.

AL: Do you have any music video in the works?
CK: We created some videos in the spring and then I started working on a new project. I do want to get some more live videos from shows this summer up on YouTube.

AL: Do you have any other thing in the works you can tell us about?
CK: We’re recording a new EP that should be ready for a late fall release. It’s pretty exciting. The single from this new EP is sounding really good.

MG: How did you prepare for your role in “I Spit on Your Grave”?
CL: I was cast about two weeks before we started shooting. I don’t know how we prepared for that. I just tried to keep things close to heart and represent the character the best I could. The character is mentally challenged and I wanted to do that role honestly. I also wanted the audience to feel compassion for the character as much as they could. When you are shooting material like that there is not a lot of acting involved. You are just reacting to the craziness that is going on around you. Everyone is just feeling each other. Hair was standing up on the backs of our necks. You don’t get that feeling every time you work on a project. We were highfrom the work.