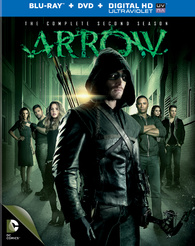 “Arrow” is a show that has certain gotten much better as its progresses. I originally stopped watching this show a few episodes into the first season since I figured it wouldn’t last and now today it is easily one of the smartest and coolest shows on the air. Plus superheroes are kinda hot today and this show is really showing its aces bringing out some great superheroes and most importantly solid villains. Based on the characters from DC Comics, “Green Arrow”, “Arrow” stars Stephen Amell (Private Practice), Katie Cassidy (Gossip Girl, Melrose Place), David Ramsey (Blue Bloods, Dexter), Willa Holland (The O.C.), Emily Bett Rickards (Flicka: Country Pride), Colton Haynes (Teen Wolf, The Gates), Manu Bennett (Spartacus, The Hobbit), with Susanna Thompson (Cold Case, NCIS) and Paul Blackthorne (The River). Can’t wait to see what they have planned for season three and of course the spin-off series for “The Flash”.

Official Premise: Billionaire archery enthusiast Oliver Queen (Stephen Amell) returns for another season in Starling City. Sworn to fight crime and corruption in his city, Oliver (aka the Arrow)  with the help of the tech-savvy Felicity Smoak (Emily Bett Rickards) and his iron-fisted right hand, John Diggle (David Ramsey), and the occasional, reluctant assistance of former police detective Quentin Lance (Paul Blackthorne)  has been waging a one-man war on crime. But in all wars, there are casualties. To honor his fallen friend, Tommy Merlyn, and protect the people he loves, Oliver must rededicate himself to his mission and be more than just a vigilante. He must become a beacon of hope for the citys most vulnerableand a weapon of justice against those who prey upon them. Malcolm Merlyn (aka the Dark Archer) rocked Oliver Queens world in the first season finale of Arrow, but whos going to pick up the pieces?

“Arrow: The Complete Second Season” comes as a combo pack including Blu-ray + DVD + UltraViolet copy of all 23 episodes from season two, plus the season one bonus recap episode. The 1080p transfers are nothing short of awesome. The show has really stepped it up from the first season and these transfers benefit from that. There is a nice style to this show and I love the way it is shot. Same goes for the DTS-HD Master Audio 5.1 surround track, which nails it with the shows action. The special features are a bit a let down for such a great season. There are three featurettes included. “From Vigilante to Hero” is a look into Oliver Queens journey from fighting crime to being Starling Citys savior. “How Did They Do That?!” looks into the show’s visual effects. “Wirework: The Impossible Moves of Arrow” dives into the fight sequences. Lastly there is the Arrow 2013 Comic Con Panel, some deleted scenes and a gag reel included. 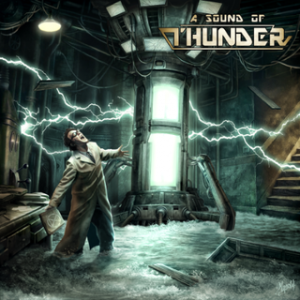 Holy shit! Those are the first words that came through my head when listening to this album. “Time’s Arrow” is A Sound of Thunder’s third full-length album.  I was a huge fan of 2012’s “Out of the Darkness” and this year’s “Queen of Hell EP” but this one really raised the bar again! The band in the last two years have quickly become one of my favorite metal bands in the business. There music is heavy, original and very well-written.  Each song is unique and yet still fits perfectly as a whole into the album.  If you haven’t heard of the band, this would be an perfect way to get introduce and I guarantee you will become an instant fan for life!

Guitarist and composer Josh Schwartz is absolutely insane on this album and really gives his all into each track. Frontwoman Nina Osegueda has never sounded better.  Between you and me, I am usually not a fan of female lead metal bands, don’t hate me, but goddamn from the first time I heard her voice on “Out of the Darkness”, I couldn’t stop listening.  On this album, she is fierce and really just nails it with song after song. What I like about this band as a whole is that they have range.  They definitely know how to bring the metal, get those devil horns ready, but on this album they also explore other genres with the classic rock-inspired “End of the Road” or the space-rock tribute “Reign of the Hawklords”.  These tracks just show how diverse this band is and how they are going to become one of the top bands in the business.

I have to say it is rare when you find an album that you literally love every song but this is definitely one of those albums.  Let me focus on the title track for a minute, “Time’s Arrow”.  This song is nearly 10 minutes long and it is easily one of the most epic tracks that I have heard in the recent years! It is heavy and also well-paced.  When you are listening to a 10 minute you expect the song to feel like a 10 minute song. That doesn’t happen with this track, you go off on this journey and it literally just drags you along like a cartoon character being dragged through mid-air by the smell of food. Sorry I watch a lot of cartoons. METAL! Anyway, this track really shows that this band packs a lot talent, since a 10 minute track is not easy to pull off. I can’t wait to see this performed live, it should be extremely epic!

Another aspect of this this album that I love is that “Time’s Arrow” is released by Mad Neptune Records, which is the band’s own record label that was just started for this release. This just shows that the music comes first for this band and they would rather not sell out to some big label and have their sound molded into “what the label thinks we want to here”.  This takes balls and the band sure down how a lot of that, sorry Nina – you still rule! Trust me, take out the 65 minutes and listen to “Time’s Arrow”.  It is one of those albums that when you hear it you will be unable to speak until there is a break in the track.  Yes it is that epic!

Join the Legion of Thunder and help “A Sound of Thunder” complete our next epic full-length album TIME’S ARROW…11 new tracks of classic metal! Click here to see how you can help them out on Kickstarter!

The title of our new album is TIME’S ARROW.  We’ve already begun recording with the same band lineup, studio and producer as OUT OF THE DARKNESS, and a new batch of 11 songs that will blow you away! The centerpiece of the album is the epic 9-minute sci-fi/metal title track “Time’s Arrow”, based on a short-story by our drummer Chris Haren. The album as a whole touches on our roots in metal, prog, classic rock, and even classical, blues, and jazz, and takes us into new territory while maintaining the overall classic metal sound.

Drums, bass, and rhythm guitars for TIME’S ARROW have already been completely recorded.  With your help we will track lead vocals, lead guitars, and keyboards, then mix the final album all at Assembly Line Studios in Vienna, Virginia.  Studio time is already tentatively booked and with your support we’ll complete the album this fall!

You can order TIME’S ARROW in the following formats:

(Larger rewards that include the Honored Heroes Pack can be upgraded to the Box Set…just add $30 to your pledge, or contact the band!)

In addition to the full-length album TIME’S ARROW, we are announcing another release, the QUEEN OF HELL EP, exclusively available to fans who help us fund TIME’S ARROW via Kickstarter!   That’s right, a unique release by the band ONLY AVAILABLE HERE!

Click here to see how you can help them out on Kickstarter!