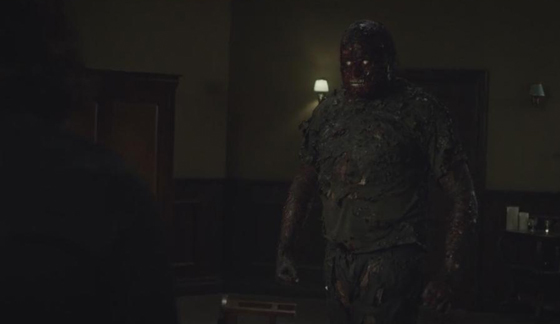 Can found footage survive anymore? 2014’s “Unfriended” and 2018’s “Truth or Dare” played with the idea of realism by showing us that the paranormal can seep into social media and the Internet. Enter 2020’s “The Cleansing Hour,” a movie about an online stream that televises exorcisms to curious onlookers and morbid fans around the globe. Although the exorcisms, aren’t real.

Expanding on his 2016 short, Director Damien LeVeck squeezes out every drop of fun he can have in “The Cleansing Hour.” Reverend Max (Guzman) is far from being the man of God he portrays. Max and his friend Drew (Gallner) stage exorcisms, working with an online encyclopedia of demons so that every episode is fresh with a new other-worldly villain to fight. Afterwards, they generally drink and Max takes home a girl to record performing sexual acts. Their lifestyle is interrupted when things go awry during their latest broadcast though. The actor who was going to show up and be “possessed” never shows, so Drew’s fiancé Lane (Angelis) substitutes. But her acting is too good. Her voice changes, she digs her fingers into the chair she’s strapped into, shattering her nails, and her eyes have turned a stained yellow.

The movie doesn’t necessarily criticize or turn a mirror towards society, but it does take subtle digs at the social media culture permeating throughout the globe. While some people watch in horror, fully believing it’s real, others watch laughing. A livestream chat shows people who type trollish remarks as people on set begin to die, believing that it isn’t real. Or maybe they do and the Internet has made them soulless creatures. Although when the demon inhabiting Lane decides to poke fun at the digital age like one of the Evil Dead, the commentary and humor fall flat.

What helps “The Cleansing Hour,” as opposed to a film like “Truth or Dare,” is the small budget charm. The practical gore and blood effects explode, figuratively and literally. The actors, while not the best, may have a career after this film, especially Angelis who gnaws on the scenery like a demon hungry for human souls. It’s easy to forgive the cast and crew since they had a shoestring budget for a lot of the film’s flaws. Just don’t expect anything new to the exorcism genre other than the setting.

“The Cleansing Hour” is late-night fun that blends a couple of original concepts and tropes of the genre. Some might say the film has a twist, but for veterans of these movies, they’ll be able to spot the set-up. Even though I suspected the eventual outcome, I didn’t mind because of how brisk the pacing is. “The Cleaning Hour” is a surprise for those who come across it on Shudder, but don’t expect the 21st century equivalent of “The Exorcist.”