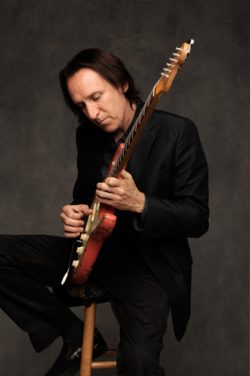 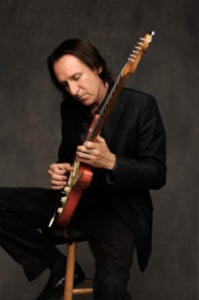 Michael Landau is world renowned session musician and producer who has worked with everyone from James Taylor and Michael Jackson to Pink Floyd and Miles Davis. Outside of his work as a session player Michael has released a hand full of solo albums and on February 23rd will release his newest solo album titled “Rock Bottom”. Media Mikes had the pleasure of speaking with Michael recently about the albums creation, his studio work and his touring plans for 2018.

Adam Lawton: Can you give us some details on your new solo album “Rock Bottom”?

Michael Landau: My last couple of albums had been instrumental albums. With this new one I reunited with my old pale David Frazee who I played with in Burning Water in the 90’s. We wrote a bunch of tunes and I got to rock again. I wanted to do vocal music again and put out something that had a little harder edge to it. We did this album to actual tape as I still have a tape machine in my studio. The album has a real nice creamy tape sound that’s just big and gooey.

AL: Are the songs that made it on the album all newly written songs or are there some that have been around for awhile?

ML: A few years ago I got together with my brother Teddy and Alan Hertz as I had some tunes I had written and we recorded those over the course of a couple days. It took me awhile to getting to finish those however once I reunited with David things came together pretty quickly and we also started to write new material.

AL: Can you tell us a little bit more about who you have playing on the album with you?

ML: The drummer is Alan Hertz who has toured with 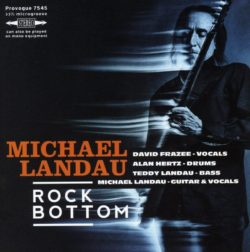 throughout the years. My brother Teddy who doesn’t really play professionally is a rock solid bass player. I love the way he plays as he has a really big tone. He actually co-wrote a couple of the songs on the album. David and I did those three or four records together in the 90’s and he is just a great vocalist and lyricist. He writes really interesting melodies and I am just a big fan of his. Also playing organ on the record is Larry Goldings. Any record I do I try and get him on there as he is one of my all time favorite musicians.

AL: When you are working with a group or on your own where do you traditionally start with your songwriting process?

ML: I play a lot every day. I don’t have a real practice regime or anything but I do play around the house quite a bit. Songs always start with some kind of riff. There was one song I wrote titled “Freedom” which is this sort of spooky ballad that I had lyrics for first. Mostly things start with toying around with riffs that come about when I am playing at home. From there I will edit them and move things around until everything comes together.

AL: Having done predominately instrumental albums over the last few years, what was it like delving back in to lyrical based music?

ML: David did most of the vocal on the record. I would say he wrote probably seventy percent of lyrics as well. There are one or two tunes that I sing but I don’t think I wrote the lyrics for those. It’s fun for sure as I enjoy singing if it’s a range I am comfortable with. Lyrics are fun for me to write even though I don’t write them that often.

AL: With you having done a lot of work/playing for other musicians how do you go about putting your personal touches on someone else’s material?

ML: One of the things I think I do well is backing up a vocalist. I try and contribute parts that will enhance the material while still being respectful of the tune. I kind of pride myself on being able to do that quite well. For a long time when I was doing sessions people would hire me as they had an idea of what I was about sonically so when you go in there you have to sort of fit in but push and add to things without taking anything away. Overtime with experience I learned that being able to edit myself made things quicker rather than having whoever I was working with at the time have to do it.

AL: The album is set for release in late February. What are your plans once it is out?

ML: The plan is certainly to get out there and play this material live. Europe is obviously easier for a musician like me to put together a tour over there. We actually have a nice four week run of shows set up over there in support of the album. We are looking at hitting Asia also this year along with some dates here in the States. After that I will be touring Europe with the Steve Gadd band right after my tour finishes’ so I will be over there for quite a bit. I have some more James Taylor duties to handle this year as well and those start in either April or May. There have been talks to end that tour by doing a couple shows with the Eagles so that should be really great.

For more info on Michael Landau you can visit his official site at www.mikelandau.com