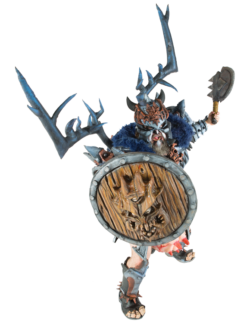 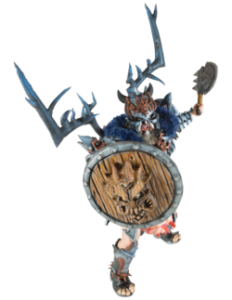 GWAR fans were first introduced to Blothar the Berserker in 2014 when he returned to Earth shortly after the death of Oderus Urungus. Since that time Blothar has cemented himself as the formidable leader of the crack addicted space aliens from Scumdogia. On October 20th the band will release their 14th studio album titled “The Blood of Gods” via Metal Blade Records. Media Mikes had the chance to speak with Blothar recently about  the new album, the bands upcoming fall tour and which celebrities they have in their sites to slay.

Adam Lawton: The band recently wrapped up its debut appearance on this summer’s Warped Tour can you tell us a little bit about that?

Blothar: It was miserably hot! With us coming from Antarctica and being over a million years old it wasn’t exactly a glory gig getting dressed in a semi truck and then exposing ourselves to a whole new group of young people. Despite all the annoyances and high level of venereal diseases that were flying around we did it. We had trouble even getting good drugs out of these kids. What is ecstasy anyways? I don’t want drugs to make me feel good. I want drugs to amplify my misery! It was however a delight to see all the innocent faces upturned and the light drain from their eyes as they witnessed something they had never seen before and possibly never will see again. It’s always fun to play to a crowd who has never seen us before so it was a good time.

AL: Gwar’s new album “The Blood of Gods” will be your first full length recording with the band. What do you think you were able to bring to the album?

Blothar: Without Oderus we knew we had to do something different. If we had just gone and done the same thing we knew it would probably come off as a cheap imitation. There are things that Oderus did that were wonderful and they were his so, for us to try and recapture that was much less interesting. Gwar has always been a group effort. When Oderus was around people could work behind the scenes and not be visible as Oderus’s role in the band was to be the front man and be seen. Now that he is gone there is room for everyone who helped create this project to become more known. Everyone in the band has risen to the occasion beyond anything I could have imagined. Who knew Balsac was such a great lyricist. That guy knows the Gwar voice better than anyone. Oderus was a great writer and his songs were jammed full of words and phrases. I made a deliberate choice to scale back on the lyrics and let the sounds be the focal point.  I mainly wanted to add the hooks and melody. This is definitely a different approach from the last few Gwar albums. That’s not to say they never had these types of elements but I think this album has more of those things and the music has more space.

AL: Was coming up with a new style part of the reason an album 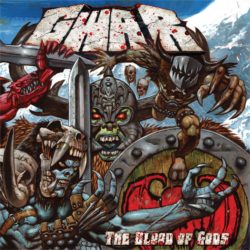 featuring you took so long to complete?

Blothar: Yes. We had to find a way to be able to make music without Oderus. We went down a few different paths before we got to where we are with this album. There was also a lot of material that was created during this time. We needed to focus on eight songs that seemed to have what it took to be a Gwar record in order to make the best record we possibly could. A lot of material came very last minute which tends to be fairly typical. Between April and May we wrote a lot of the music. Once we figured out what we were doing and how it was supposed to go that’s when things took off. Prior to all of this the band was very distracted with lots of other things aside from having to work without the guy who had such an important vision. We didn’t know how to deal with the massive hole that was left and it took awhile to figure everything out.

AL: The first single released from the record was titled “Fuck This Place”. With Gwar having been around for millions of years now why have you just decided to say fuck this place?

Blothar: Gwar has always been this sort of cosmic Gilligan’s Island. We are stuck on this planet that we can’t get off and the few times we have gotten off we get sucked right back in. “Fuck This Place” I think is in some ways like all the rest Gwar being in the wilderness. We are looking around and now that Oderus is gone things look a lot different. Balsac wrote this song because he just didn’t like what he saw anymore.

AL: The album also features a cover of AC/DC’s “If You Want Blood”. Was this the bands idea or just another trick by manager Sleazy P. Martini to try and make more money off the fans?

Blothar: When you do a cover really you are not making any money for yourself. Sleazy doesn’t like that so he had AC/DC killed and replaced by animatronic puppets. As a result we now collect all of their publishing. What Sleazy wants is important and the theme of us dealing with corporatization is all across the new album. We did the first recording of this song for the AV Club. I think that recording is actually a much better vocal performance that what ended up on the album. I wish we did that first version now. (Laughs) It’s a tough song to sing. Like most AC/DC songs its bit ridiculous as you don’t really know what it’s about.

AL: The band heads back out on the road the same day the album releases (Oct. 20). Who has the band decided to kill this time around?

Blothar: People keep expecting the Trump family to show up. Maybe they will? It would be nice to just move through all of them at one time. He does have a lot of kids though. Sawborg Destructo has been making some noise lately so he might show but, as far as celebrities goes aside from Trump I’m not sure. That guy we found out is immortal. We have been ripping his guts out every night and he keeps coming back for more! We can’t figure out a way to keep him down.

AL: Do you think “Blood of Gods” will finally silence the #BlotharRuinedGwar movement?

Blothar: No! It’s not going to silence it. What it is going to do is kick it into overdrive. That’s what I am expecting it to do anyways. This album is polarizing and people are going to either like it or not like it. Gwar has such an immense history that musically it’s difficult because people will hear this record and hear things they maybe haven’t heard since “This Toilet Earth”. At the same time you have people who will listen and there experience from the band has been from “Violence Has Arrived” on and they are expecting a more metal sound. “Blood of Gods” is somewhere in between. It definitely is a lot different as compared to the group’s last three albums.