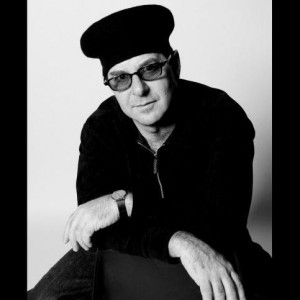 Drummer Anton Fig has been performing both live and in the studio since the mid 1970’s.  He has worked with artists such as Bob Dylan, Madonna and most notably as the drummer for David Letterman’s house band the CBS Orchestra. Anton released his first solo album “Figments” in 2002 and recently re-released it in 2015. Media Mikes had the chance to talk with Anton recently about the albums re-release and its creation and also about his impressive session work.

Adam Lawton: “Figments” was originally released in 2002. Can you tell us about the decision to re-release the album?
Anton Fig: When the album was initially released there were a few people who heard it however at that time the transition from retail to online sales was just starting to take place. Stores were closing up and the stuff on the web was still just starting to happen. Things weren’t the way they are now with social media and everything so it was hard for people to access the album. I felt the album still sounded fresh and vibrant and with there being a number of ways to get the word out about it re-releasing the album seemed like a good thing to do.

AL: Thinking back to when you first started working on the album what do you feel was the driving element in releasing your first solo album after being in the music business for quite some time prior?
AF: I always had said to myself that once it became easier to record and digital recording was more available that I would put out a record. Going into a traditional studio is quite expensive so being able to record from your home and not have to travel and all that made things much easier. I did travel a little bit to work with some of the people on the album and I did my drums in a studio but all the mixing and overdubs I did at home which was relatively inexpensive. In 2002 home recording was still new. Nowadays everyone has the ability to record digitally from just about where ever. By doing things the way I did back in 2002 it was more affordable at the time. All the songs that make up the album were ones that I had sort of saved up over time. From there I went about putting the right people to each of the songs.

AL: How far back in your career did you actually start writing some of this material?
AF: I was in a band in the 80’s called Spider. We were managed by Bill Aucoin who had managed Kiss and we were always encouraged to write in that group. After that group ended I just kept writing. Over the years I had built up a group of songs that I wanted to get out there. I picked the songs I liked the best and just went from there with finding the right combination of players for each one.

AL: Do you find it hard for people to really take notice of an album like this being you are mostly know for your drum work?
AF: I think what surprised people most was the fact that “Figments” isn’t really a drum record. This is a song record along the lines of a Phil Collins album or something like that. There aren’t drum pyrotechnics or anything like that as it more about song production. That’s the record I wanted to make. I feel it adds something because it has a bit of a surprise element to it based just on that score.

AL: Did you creative process differ any on this album as opposed to some of the others you have appeared on?
AF: When I am working on someone else’s project generally my main concern is the drums. They are the ones in charge of the overview of things and how they want the song to sound. I am there to try and help them realize that vision as quickly as possible. When you are doing your own record you have to have that overview. Once I had the drum sounds down I sort of forgot about them and had the big picture more on my mind. It actually helped my drumming a lot as I was forced to look at the big picture as opposed to only the drumming.

AL: When you are approached with session work opportunities what is it that you look for in a project prior to agreeing to work on it?
AF: I think mostly it’s if I am the right person for the session. I look at if it’s something that I can be mostly myself in. If they are asking me to do something that I am not really suited to do you almost want to tell them to get so and so to do it but, I generally try to do all of the projects I am asked to do. Nowadays I have a set up where I can do drums remotely as I have my own studio. In a situation like that you are not in a room with a producer or artist so you have to decide what the best way to approach things are and how much of yourself you can put into that session. It can be a bit harder working that way at times.

AL: One of the groups you have been involved with over the years was with Kiss and later on Ace Frehley. How did that relationship come about?
AF: At the time I think Peter Criss had broken his arm or something like that and wasn’t going to be able to drum on the upcoming album “Dynasty”. I worked on that album and from there I got asked to do another album with them titled “Unmasked”. With Ace I was playing in my band Spider at the time and we were auditioning bass players. One of the guys who came in was friends with Ace and mentioned he was looking for a drummer for his solo project. He got me an audition with Ace and from there I ended up doing the 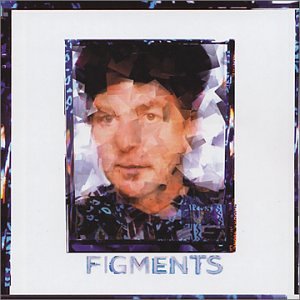 record and becoming friends with Ace. Right after that is when I got the gig with the Late Night Show so that’s where things ended with the band. I have played on a good majority of Ace’s stuff most recently “Anomaly”.

AL: Up until recently your work with Kiss was done as a ghost writer. Is it hard going into projects like that where you know you will not to be credited?
AF: With Kiss I knew upfront that I wasn’t going to be credited. They told me I would be paid well however I could not talk about it. That was always my understanding with them so I never talked about it. Gene Simmons mentioned it in a book of his recently and my name was also added to the liner notes of the re-issued “Dynasty” album. Once they started talking about I also started talking about it. It was over 20 years or something like that where I didn’t say anything about my involvement. I knew we had an agreement and I stuck to it. Today it’s hard to do something like that as there are no secrets.

AL: Are there plans to tour behind “Figments”?

AF: I would like to but with every song having a different line it would be quite difficult. The album is almost like a playlist that you would put together. It would be hard to fully recreate the albums line up. I suppose I could put together a band and do some of the songs. I think if a song off the record gets a lot of attention and people are asking for it then I will think more about taking it out on the road. For now though I am out with Joe Bonamassa and have be selling the album at the shows so I am out there with it.