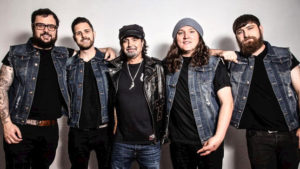 Phil Campbell and the Bastards Sons is the latest post Motorhead offering from long-time guitarist Phil Campbell. What makes this group unique is that the “Bastard Sons” really are Campbell’s sons. Along with Neil Starr on vocals Phil’s sons Todd, Dane and Tyler round out the group’s lineup which is set to release their self titled debut EP on November 18th. Media Mikes had the chance recently to talk with Todd Campbell about the group’s formation, the creation of the EP and about the bands upcoming tour.

Adam Lawton: How did the idea for the new band come about?

Todd Campbell: About four years ago I celebrated my 30th birthday and we had a party with a band. My dad happened to be home at the time and we got up and jammed along with my buddy Neil Starr. We did a few Rolling Stones songs and it went really well. We had said that we should do that more often and things have just sort of carried on since then. That really was the basis for the band. My dad and I play guitar, my youngest brother Tyler plays bass, my other brother Dane plays drums and we have Neil singing. Us Campbell’s we can play a bit but our voice is a bit un-cool. (Laughs)

AL: From a creative stand point how did the album come together?

TC: The whole process was really cool. We didn’t really have a time frame to get the EP out so we just played quite a bit together. We would sort of sit on the material for a bit then my dad would come in and give his thoughts and input in different parts. It was all really easy to be honest. I think my dad actually enjoyed the process as well because being related we were all sort of on the same page already so it was a good experience.

AL: What was it that appealed to the band about doing an EP for your first release as opposed to a full length album?

TC: There were some time and budget factors that helped with that decision but when you do a full album you in a way are sort of tied to that specific sounds for a couple of years. With an EP you can bounce to the next thing a little quicker and get some fresh material out there to your fans. It also gives us an angle to play some new songs live as we move on to the next album.

AL: Do you think the music market right now sort of lends itself more to EP’s as opposed to full 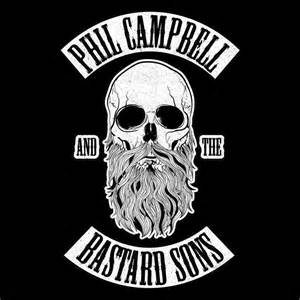 TC: The value of music these days is just lost. Gone are the days of saving up your money and going to the music store and buying an album. We originally had this idea of doing just one song and then charging $100 dollars for it. (Laughs) We figured if we made the most expensive song people would look at it and just wonder why it was expensive in hopes to bring value back to the industry. We never ended up doing it because we figured after one person bought they would just share it and the thing would die on its ass. In today’s market you have about 30 seconds to grab some ones attention and that’s all you get. Despite all of that I think for rock bands the album will always be there. You get that 45 minutes or an hour to put your stamp on something which is important in rock music.

AL: “Big Mouth” is the bands first single. What was about this track that stood out above the rest?

TC: That song has a good rock and roll vibe and is also really punchy. That was about the third song I think we actually worked on. I had come up with the riff and then my dad unlocked the rest of it. I think that song came together the most organically. We all agreed this was the one that should go our first to everyone so they could gauge us as a band. It was all a very natural process.

AL: A lot of times we see band members taking on dual roles as producers. Your situation is even more unique as you are not only both of those but also a son and brother. How do you go about balancing all of those rolls?

TC: I have worked/played with a lot of different bands and when you don’t know someone as well you have to be rather tactful with your approach to different things. In this case where I have known everyone practically my entire life you just get right to it. If I think something is shit I can come right out and say that. (Laughs) You can be really upfront with everyone. Sometimes when people see us sound check they are a bit taken back as we are very honest with each other. We have these mini arguments but then 2 minutes later it’s all been forgotten about. Everyone is very honest and no one’s feelings get hurt as we just move on being we have that family bond with one another. Where I had to step back from things was during the mixing process. I wanted to bring someone in with fresh ears. You can sort of obsess when it’s your own work so we brought in Cameron Webb who mixed the last few Motorhead records. He did a fantastic job and that sort of took some pressure off of me. Having those outside ears keeps you on the ball as well because you can’t be lazy. You have to get everything right before it goes on to that next process where you won’t be as involved.

AL: Can you tell us about the bands upcoming UK tour and if there are plans to bring the band to the States?

TC: We are doing a run of shows on our starting October 18th and then towards then of the year we will be doing some shows with Saxon which should be really great. We definitely want to come to the U.S. and we have representation there now. The EP is really kicking things off for us and now that we have the Motorhead team behind us I think that’s going to really help. Before we just called ourselves the “All Star Band” and only played here or there but now we have something bigger going and we are taking it serious so we hope to be able to get out to as many different places as possible.

For more info on Phil Campbell and the Bastard Sons you can check out their Facebook page at https://www.facebook.com/PhilCampbellATBS