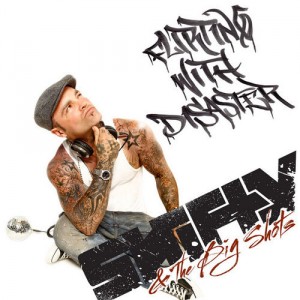 Crazytown exploded on to the music scene in 1999 with their debut album “The Gift of Game”. The album spawned the single “Butterfly” which turned the band into an overnight success. After a long hiatus the band is back with a new single titled “Megatron” and a new album “The Brimstone Sluggers” set for release in the coming months. Media Mikes had the chance recently to speak with the group’s front-man Seth “Shifty” Binzer about the new album and single, the group’s reformation and their recent collaboration with the artist known as Boondocks.

Adam Lawton: Can you give us an update on the band’s new album?
Seth Binzer: This is a record that we started on about a year ago. Bret and I were going through some old demos and stuff and we thought it would be a good idea to put them out there. We went into the studio to start working on them and we ended up starting with a brand new song. From there we never stopped making new songs. The album ended up consisting of mostly new material with the exception of two/three songs. Those were songs that we started with DJ AM before he passed away.

AL: How did the song “Megatron” end up being the first single from the album?
SB: That song has really great energy and is just super fun. The whole vibe of the song is something that I think listeners will really enjoy when they hear it. This track was one of those that just sort of happened while we were in the studio. We were all excited when heard it so that’s really how it ended up being the first one we decided to release.

AL: What was it that sparked your interest to do a new Crazytown album?

SB: It was a mixture of things. Both Bret and I had gone through a lot of stuff and during that time gotten clean. We were both in a really great creative place where we both wanted to start making new music. I think Brett was a little more skeptical about starting back out than I was but once things got going it worked out great.

AL: You worked with an artist by the name of Boondocks. Can you tell us about the relationship?
SB: Boondocks is one of our crazy friends. He’s just a hilarious guy who also happens to be a military veteran. We met him thorough some mutual friends at Sullivan’s Clothing. He did a remix that I was really into so I started hitting him up on Instagram to come work with us. Everything sort of went forward from there.

AL: How did things work in the studio once you were there? 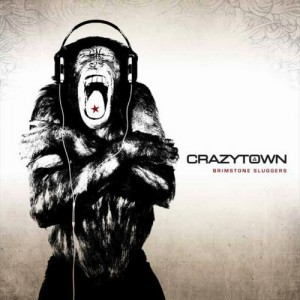 SB: It’s a pretty organic setting. Sometimes I just hear a riff or lyrics and create a song off of that idea but most times Brett usually comes up with a beat and then I will start thinking about lyrics and such. Boondocks was there while we were working as well so he would come up with things as well. Sometimes we would start with a guitar riff and go from there other times we would have lyrics and start that way.

AL: Are there plans to get out on the road in support of the release?
SB: We have a show in March with Yelawolf in San Diego and from there we have shows in Mexico City and a few other places. Things are sounding really great during rehearsals and its going to be good to get back up there on stage.

AL: What do you think will draw fans back to the band after being out of the scene for some time now?
SB: If they liked what Crazytown did with earlier stuff then they are going to like what we have going on now. Brett and I have developed as song writers and as people. Also this time around we didn’t have people telling us what we had to do with our sound. This is a record we wanted to make.