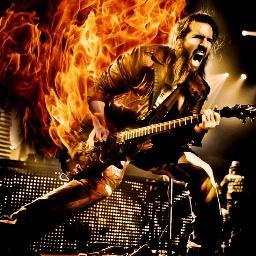 Ron “Bumblefoot” Thal is a guitarist/songwriter/producer who has been making his way in music since the late 1980’s. He is probably best known for his work with Guns n’ Roses on the long awaited “Chinese Democracy” album and from the bands recent live film release “Appetite for Democracy 3D”. Bumblefoot’s latest solo release (his 10th to date) is titled “Little Brother is Watching” and features 11 tracks which delve in to a variety of unique sounds and subject matter. Media Mikes had the chance to speak with Bumblefoot recently about the new album, his creative process and his other plans to stay busy throughout 2015.

Adam Lawton: Can you give us some info on “Little Brother is Watching”?
Bumblefoot: This is my latest solo CD. It has 11 songs which if I had to describe it I would consider it melodic rock. I think it’s going to appeal to guitar players. The album took about 9 months to complete which seems to be how long all of my albums tend to take. From the time I hit record to the time they hit the merch table at my shows its 9 months. The weird thing about it is that during those 9 months I always gain exactly 8 pounds. No matter what I do or don’t do its always 8 pounds that I gain during those 9 months. After the album comes out those pounds just sort of disappear. It’s just weird. I just sort of noticed this happened one day. It’s like I was having these invisible babies every time I went in and made a new album. (Laughs)

AL: Where do you generally start when you begin work on a new album?
Bumblefoot: It usually just starts in my head. Even before that there is usually something that happens where I get an idea for a song like walking into a wall. Something in life happens and then I start putting things together in my head. I don’t play a note or anything. I am just hearing things between my ears and putting it all together. I do this for each song. The first time I actually play them is when I go in with my drummer Dennis and we play them acoustically. From there we will talk about things, lay down scratch tracks and build things from there.

AL: Have you always worked this way or has it been sort of a progression?
Bumblefoot: It has sort of become that way. When I am working with other people it tends to be different but for my solo stuff it usually happens all in my head before anything else. If it sounds good in there then hopefully it will sound good once it all comes out. I think it works good for this way because the ideas can sort of simmer and I can get familiar with before going in to the studio.

AL: Are you the type of musician who is always coming up/working on new material or do you have to set time aside away from touring and such?
Bumblefoot: I have never been able to force myself to write and while I’m out on the road I have never been able to write either. For me touring has always been about giving yourself to everybody else. Everyone else gets your attention so when you are writing music you need to put all that attention inwards. The two have never meshed for me prior to this album. With this new record I forced myself to do it. It definitely hurt. (Laughs) In March/April of last year I was in South America doing shows and started coming with things for the new album. I was a bit of a nut case. We actually figured out the drums in May and then I went back out on the road. After that run was over I jumped on a bus for the Guitar Gods tour for 5 weeks where I did a lot of writing.

AL: Can you tell us about the addition of having fans play on the record?
Bumblefoot: There are 6 songs on this album where I have 100 people singing. When the album was almost done we decided to have a listening party and invited 100 people. We would play a song, do a brief Q&A and then I would play a section of the song and have those in attendance sing on those parts. We did that for each of the 6 songs. I took those tracks with me into the studio and mixed them into the album. I think it came out sounding really good. I wanted to have these songs have parts where the audience was part of the song they were hearing.

AL: Do you find being a solo artist to be as equally rewarding as when you are working in a band 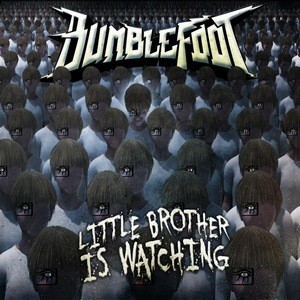 setting?
Bumblefoot: Everything is going to have its own set of likes and dislikes. The goal is to have diversity in life. You want to make sure your doing enough things to where you always feel refreshed and you don’t get bored or wore out. You have to keep things interesting. One thing can’t be your everything so it’s great to be able to do a variety of things. For me being just a guitarist in a band is one thing, signing and writing is another and producing and engineering is one more. Everything is different so when I put it all together I am very musically complete and gratified.

AL: What type of tour plans do you have in place to support the release?
Bumblefoot: I don’t have a tour booked just yet. I want to take some time to get the word out about the album. I want to make sure there is time for interviews, videos and all that stuff before I go and book a tour. By giving the album some time I can then figure out exactly where we should go and set up shows. You have to have a strategy when putting out an album. I would love to go and play every place possible but the cost of doing something like that can be quite high. I really like the idea of doing residencies where I can set up and play the same venue over a couple nights. Doing shows like that makes things a lot easier on everyone and it’s a bit more affordable for everyone.

AL: Can you tell us about some of the other things you have going on/coming out this year?
Bumblefoot: Art of Anarchy which is sort of a super group featuring Scott Weiland, John Moyer, Jon and Vince Votta and I is something I have been working on lately. Our first album should be out sometime in May. I have known Jon and Vince for a long time and they approached me about doing this. They had Scott already in mind as the vocalist and then we brought in John on bass. Besides playing guitar I also worked as producer and engineer. Outside of that I have also been doing some production work for the band Generation Kill and I have been doing some guitar stuff for Darryl McDaniel’s from Run-DMC.  At the end of March I will be at Rock and Roll Fantasy Camp in Las Vegas with Michael Schenker, Glenn Hughes and a bunch of other really cool people. I also have my own line of guitar cases and hot sauces that people can check out. There is a lot of fun stuff going on over the next few months.