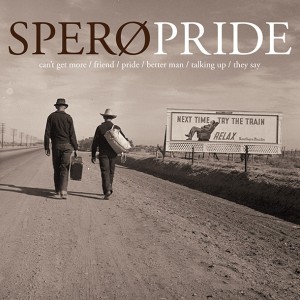 Jesse Hofstee is the guitarist and vocalist for the band Spero. Based out of San Diego, CA Spero plays a blend of rock, folk and blues and have been compared to the Black Keys and Jack White. The groups newest EP titled “Pride” is set for a mid November release and Media Mikes had the chance to speak with Jesse recently about the group and their new release.

Adam Lawton: Can you tell us a little bit about the formation of the band?
Jesse Hofstee: I think everything started in or around 2011. I had known Hillary Laughery the keyboard player from high school and had just gotten out of another band I was in while in college. I wasn’t really playing at the time but would jam and work on some songs. Hillary and I got together to play some songs and we connected almost instantly. We spent the whole summer just playing and writing songs. We would play for 8 hours at a time. Things just went together really easy. After that we decided we were going to try and make it and set out to put a band together. I got Nick Hankins to come play bass and then Ryan Malette to play drums. I had actually played in a heavy metal band with both of them in high school.

AL: How would you describe the band’s sound as it is quite unique?
JH: We have elements of blues, rock and roll and at time indie rock. It’s really just a mix of blues and rock. Some of our songs have more blues elements while others are more rock. We sort of cross a number genres but I think if I had to pick one to put us in it would be more of the blues/rock genre.

AL: Can you tell us about the bands new EP?
JH: For most of the songs it’s either I or Hillary writing the foundation or structure of the songs. We then work on them as a band and change things around as we want everyone input and style to be a part of the process. One of the first songs we did for this EP was the title track “Pride”. I think that song was sort of a theme over the others that were written. It’s about taking pride in your work and who you are while not giving up. That’s really the overlying theme on the EP. I wrote 4 of the songs and Hillary wrote 2. We really were refining our sound as we went along and were happy with how things went. The release has a lot of variety and doesn’t really stick us into a specific genre.

AL: How would you describe the progression from your previous release to where you are now? 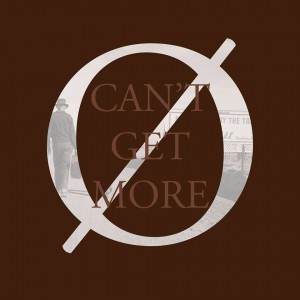 JH: With the last album we were still sort of figuring out what we wanted to do. We sort of just went straight through with things on that record. With the new EP we were able to expand more and spend more time on each of the tracks. Some of the songs came quickly while other took a little longer. We did some demoing and then sent them over to a producer. We wanted a more complete release and push things a bit further this time.

AL: What was it about doing an EP that was more appealing rather than doing another full length album?
JH: Where we are at right now we are still just trying to get our sound out to new people. I felt we had a handful of songs that went together well and followed the same theme. I wanted to get new music out there and wasn’t really concerned with doing a full length. We are still trying to attract new people and I think giving people a full album can be a bit overwhelming. With an EP it’s a little easier to digest and it’s a less expensive process.

AL: What are the bands current tour plans?
JH: We are hoping to do another coastal tour once the EP is out. We did a run of shows up the west coast a little bit ago and that went really well so we definitely want to do something like that again. We are looking to find a team to help get us out to more people as its hard to focus on both that and the writing aspect of things.