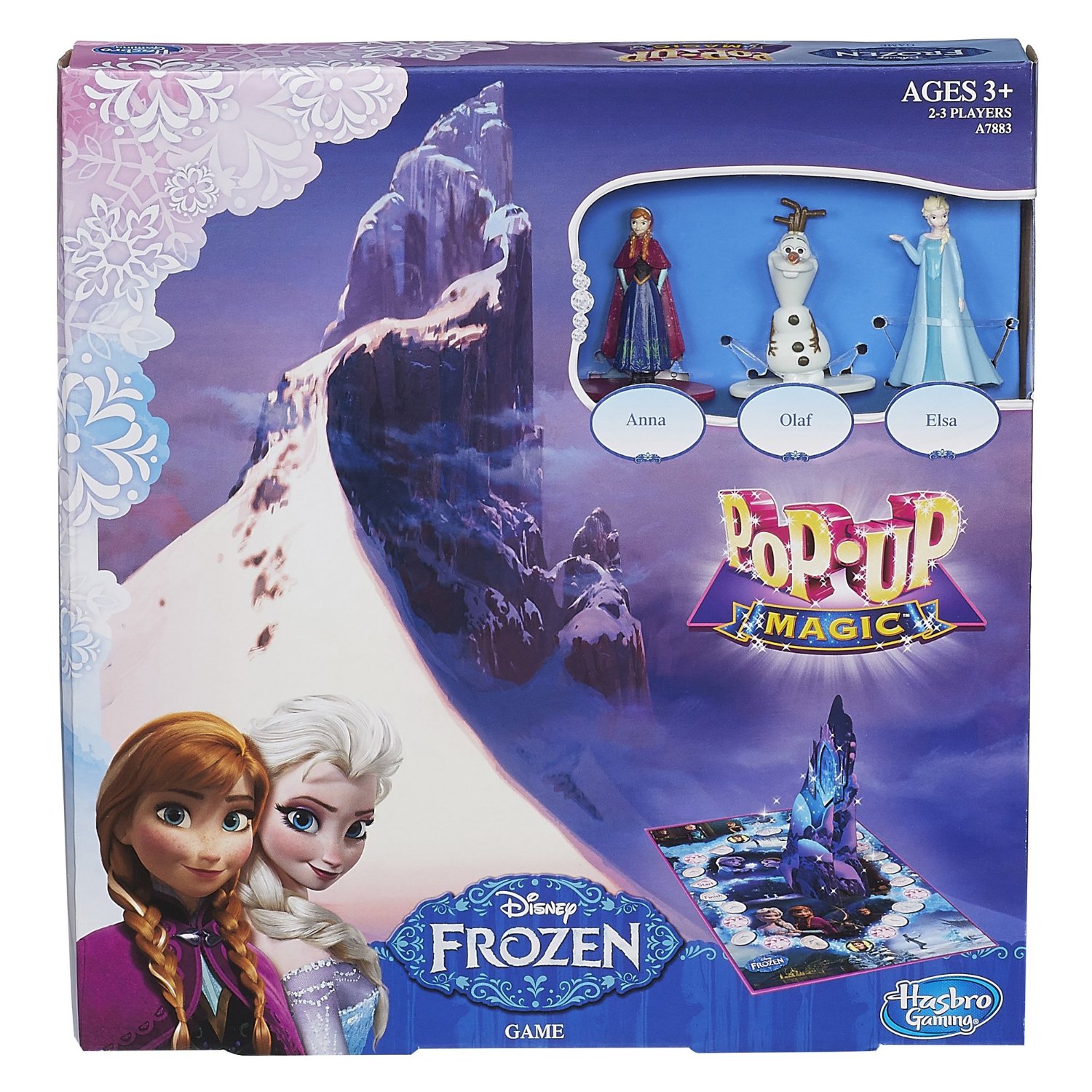 Since “Frozen” was released last November in theaters, it has flown out of the theaters and take over ever market in the world. “Disney Pop-Up Magic Frozen Game” is the latest game featuring the hit film from Hasbro Gaming. There is nothing special about the game but it is quite fun. It is also very easy for young kids. I have a two year old daughter and she is easily about to play. You have a got a spinner, you move spaces on a board and there is a side game of memory as a bonus. The game board is very “pretty” (in the words of my daughter) with with a pop-up ice palace right in the center.

You can play as Anna, Elsa or Olaf. The little pieces are cute as well. They are fairly detailed and I have a feeling might end up being played it outside of the game as well. Plus with this game you can expand the fun! You can connect the game board to other Pop-Up Magic games (sold separately) to create a longer path to follow. It is actually really cool because you can merge your favorite character with your other favorite Disney characters to create some exciting adventures. So this is a really great feature for a game that is already very reasonable priced. This is a going to be a weekly must play for our family!