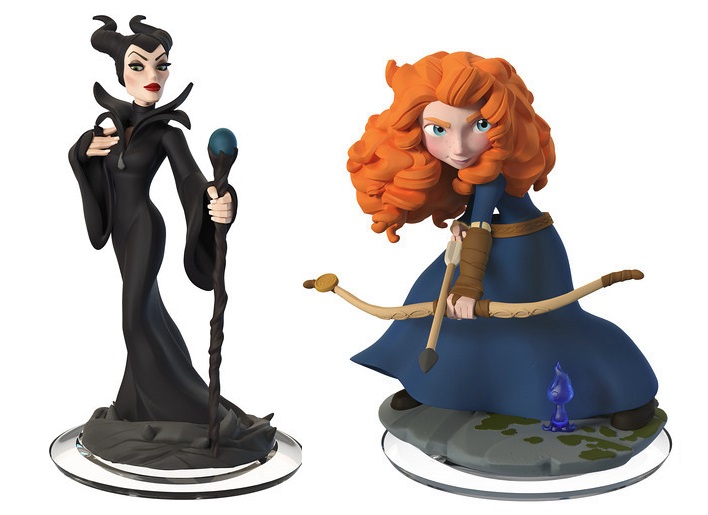 Disney Interactive officially announced today the latest playable characters to appear in the 2.0 Edition of Disney Infinity – Merida and Maleficent. A new gameplay trailer, featuring a glimpse into how the characters will interact in the game, is also available today to coincide with the release of “Maleficent” in theatres nationwide.

Merida and Maleficent are playable in the all-new Toy Box 2.0 mode of the game, along with all characters previously released for Disney Infinity.  Players will be able to use both characters, plus hundreds of Disney-themed items, locations, props and vehicles, to create new adventures in customized worlds.

In addition to the trailer, the new asset pack includes Merida and Maleficent character images and action screenshots showing the two characters in the Toy Box 2.0 mode. 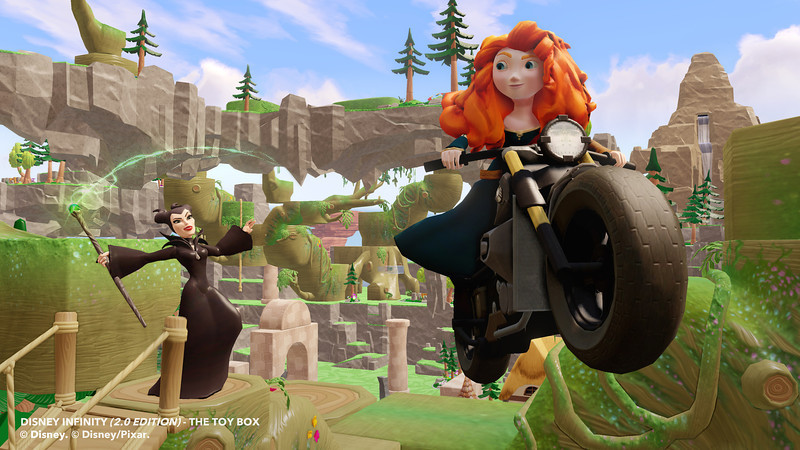 Both Merida and Maleficent will be available in retail stores this fall. Additional Play Sets and characters will be announced in the coming months.

About Disney Infinity
Disney Infinity is an interactive gaming platform where players have unprecedented freedom and endless opportunity to create stories and play experiences starring the beloved characters from across the worlds of Disney. Building on the success of last year’s initial launch, Disney Interactive announced that  Disney Infinity’s next chapter, Disney Infinity: Marvel Super Heroes, will hit stores this fall. In the all new game, players use real-world interactive figures to activate original storylines (Play Sets) in the virtual game worlds of popular Marvel franchises and create new adventures with other Disney Infinity characters in the Toy Box mode. For more information, visit Disney.com/Infinity.

Filed Under: Game Headlines Tagged With: