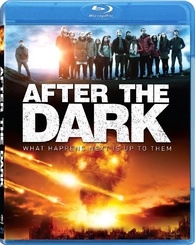 After watching “Cloud Atlas”, I became a huge fan of James D’Arcy. I thought this film had an interesting premise, which revolves around blending philosophy and ethics with the visualization of thought experiments. A little deep for me but I couldn’t watch this film just once. In fact, I had to watch it twice in a room because it really drew me in. This is a film that makes you think and not for everyone but that is what also makes it great since it requires a viewer with a brain.

Official Premise: Faced with an impending nuclear apocalypse, a group of twenty college students must determine which ten of them would take shelter underground and reboot the human race. The decision quickly becomes deadly as each in the group turns against each other in a desperate fight for survival.

Along with James D’Arcy, there is some great talent co-starring with him in this film. Bonnie Wright (“Harry Potter” series), Rhys Wakefield (“The Purge”) and Daryl Sabara (“Spy Kids” series). Personally, I can do without Sophie Lowe (“Once Upon a Time in Wonderland”), she needs to learn to speak up a little bit. Otherwise, I loved the cast as much as I loved this film.

Phase 4 Films released this film on Blu-ray with a very impressive 1080p transfer. I love the visual style of the film and it is well represented here. The biggest letdown for this Blu-ray though has to be the audio track included, which is only a Dolby Digital 5.1 surround sound track. This film has such an amazing score and it really deserves a high definition track. Bad move, Phase 4! The extras are a little light as well with a brief behind-the-scenes featurette, some cast interviews and theatrical trailers.