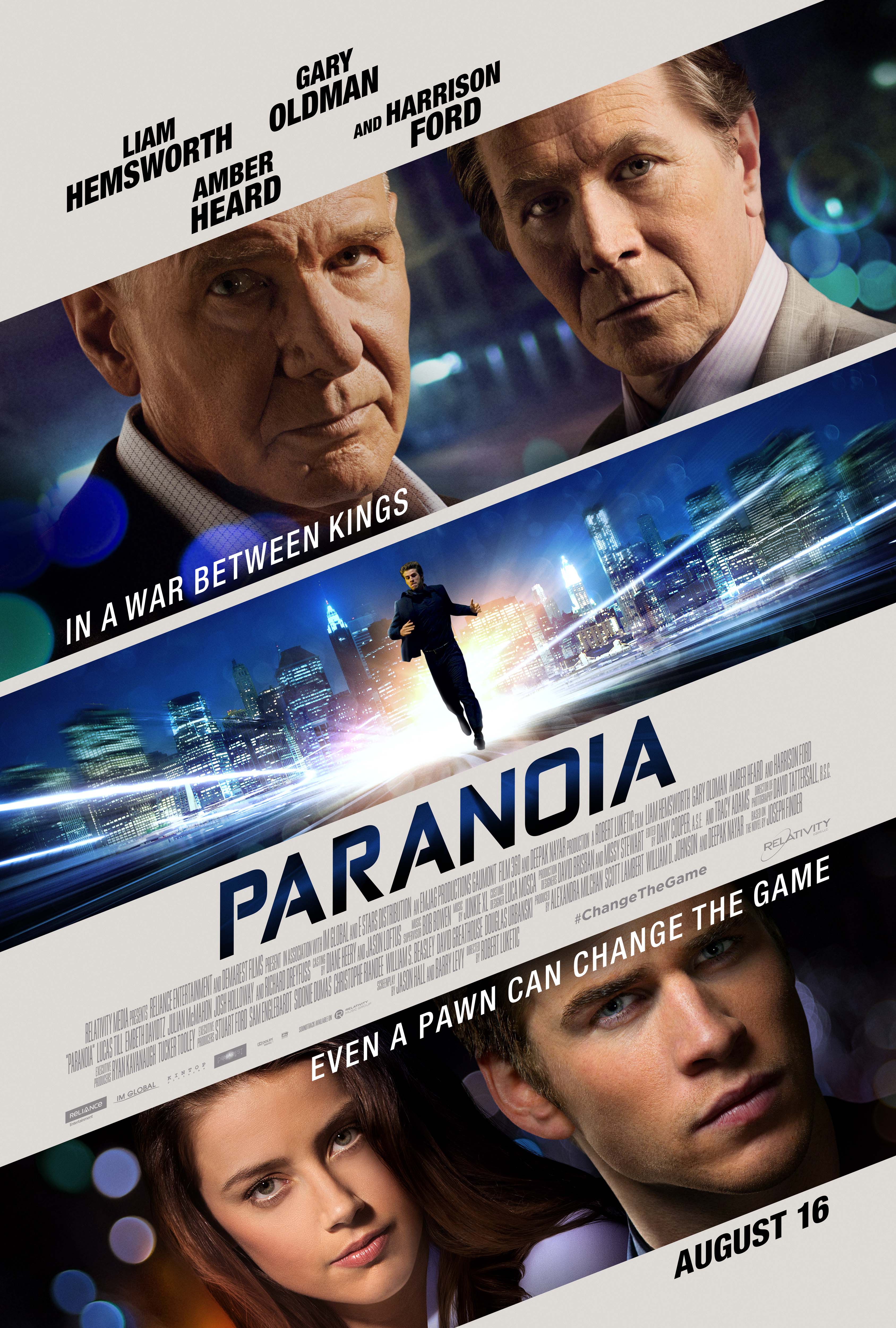 Media Mikes would like to a prize pack for the new “Paranoia”, which hits theaters August 16th. If you would like to enter for your chance to win this great prize, please leave us a comment below or send us an email with what makes you paranoid? This giveaway will remain open until August 30th at Noon, Eastern Time. This is open to all fans of Media Mikes, worldwide!! One entry per person, per household. All other entries will be considered invalid. Media Mikes will randomly select winners. Winners will be alerted via email.

The prize pack includes the following:

The high stakes thriller Paranoia takes us deep behind the scenes of global success to a deadly world of greed and deception. The two most powerful tech billionaires in the world (Harrison Ford and Gary Oldman) are bitter rivals with a complicated past who will stop at nothing to destroy each other. A young superstar (Liam Hemsworth), seduced by unlimited wealth and power falls between them, and becomes trapped in the middle of the twists and turns of their life-and-death game of corporate espionage. By the time he realizes his life is in danger, he is in far too deep and knows far too much for them to let him walk away.

159 Replies to “Win an Exclusive Prize Pack from “Paranoia” [ENDED]”