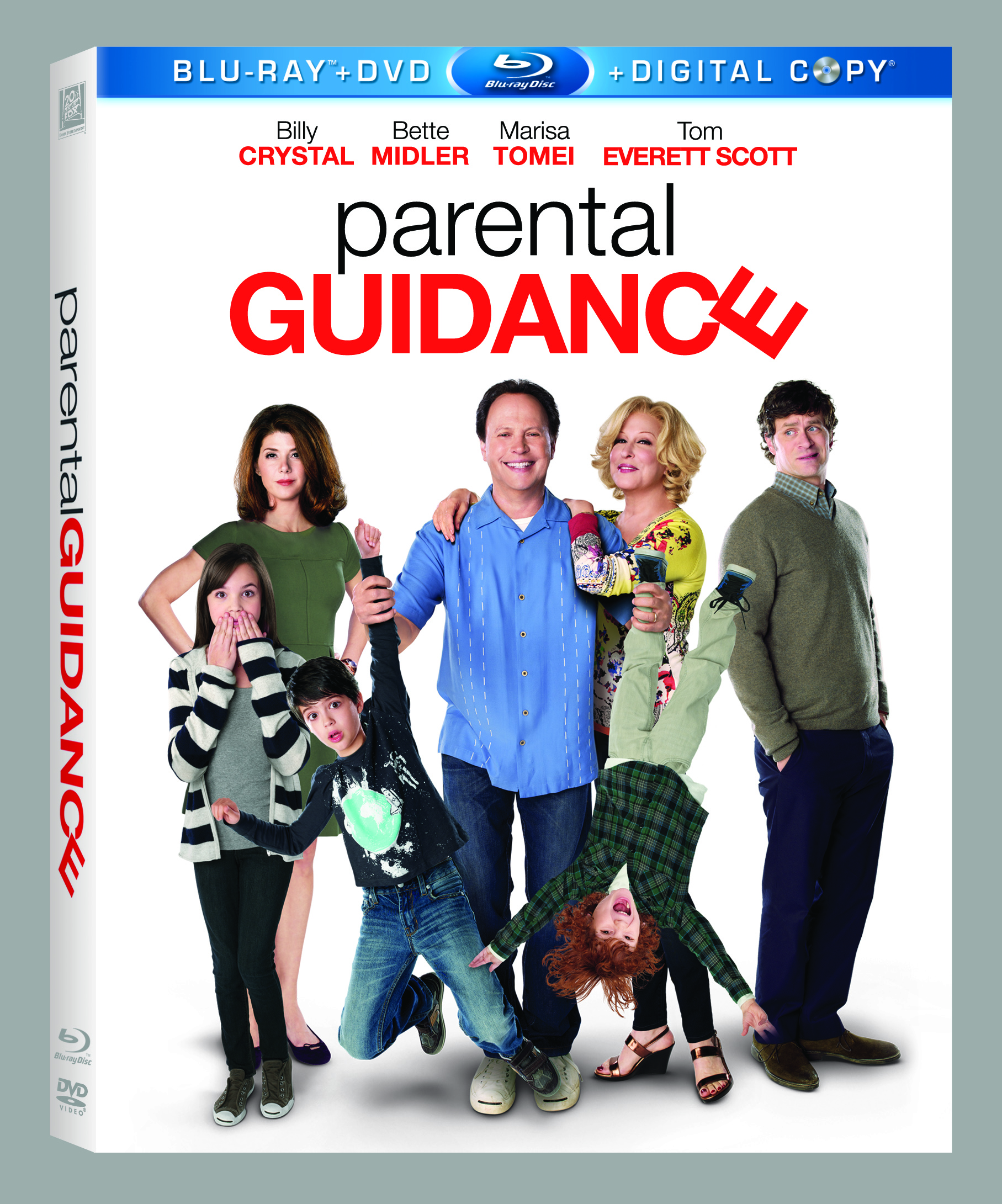 To celebrate the release of “Parent Guidance”, Media Mikes would like to giveaway a two Blu-ray’s to its readers. If you would like to enter for your chance to win one of these great prizes, please leave us a comment below or send us an email indicating your favorite family film. This giveaway will remain open until April 5th at Noon, Eastern Time. This is open to residents of the United States only. One entry per person, per household. All other entries will be considered invalid. Media Mikes will randomly select winners. Winners will be alerted via email.

Billy Crystal, Bette Midler and Marisa Tomei prove that laughter is relative in this hilarious comedy that’s fun for the whole family!

Old-school grandparents Artie (Crystal) and Diane (Midler) get more than they bargained for when they get stuck babysitting their type-A daughter’s (Tomei) overprotected kids. But things go from hectic to hysterical when Artie realizes the kids are running the house with their newfangled technology. By playing by his own rules, which include sugary snacks, old fashioned games and tough love, Artie manages to outsmart the kids and achieve the impossible- bring the family closer together!