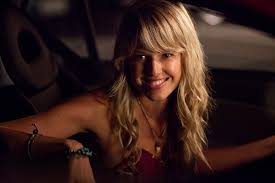 Kentucky born, actress Sarah Wright got her first taste of the spotlight traveling the country and Europe with the singing group The Kentucky Ambassadors of Music. After high school a career in modeling beckoned and she soon found herself in Chicago. Her work attracted the attention of Hollywood and soon she was appearing on television programs like “The Loop,” “Quintuplets” and “Seventh Heaven.” Film’s followed and she showcased her talents with roles in “The House Bunny,” “Celeste and Jesse Forever” and this past springs comedy “21 and Over.” She’s also had a recurring role on the popular comedy series “Parks and Recreation.”

While preparing for the release of “21 and Over” to home video DVD and Blu-ray, Ms. Wright sat down with Media Mikes to talk about the film, her own 21st birthday and her future on “Parks and Recreation.”

Mike Smith: For those readers that haven’t yet seen the film, give us an introduction to “21 and Over” and your character, Nicole. 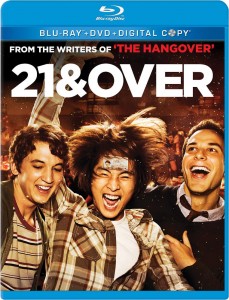 Sarah Wright: “21 and Over” is the story of three friends. Two of them show up to take the third out to celebrate his 21st birthday. The third friend is scheduled for an important job interview the next morning so they agree to get him back home in plenty of time to rest. Of course they don’t and craziness ensues! My character is the love interest of the character played by Skylar Astin.

MS: Was making the film as much fun as the finished product?
SW: It was awesome! The guys had a blast because they were basically partying the entire time. I had fun being the only girl. It was like hanging out with three brothers. We hung out all night long every night we were shooting. It was great. It was fun and easy because the directors were fantastic and they had written a great script. It was a great script but they still allowed us to do some improv. It’s always great to be able to play around and do that.

MS: Can you recall the craziest thing you did when you turned 21?
SW: (laughs loudly) Actually my 21st birthday was not that crazy. I started younger. I was modeling and living in Japan when I was 16. I was living in Greece at 19. I had some really crazy party nights after concerts and at after-party places. I remember winding up somewhere in Japan and having to make my way back to my apartment at four o’clock in the morning. I think on my 21st birthday I kind of mellowed out.

MS: Are you going to be back on “Parks and Rec” next season?
SW: They’ve talked to me about it so there’s a possibility. It’s funny, when I started I figured that after my story with Rob Lowe was done I’d never be back on the show but they keep finding ways to bring me back. It’s a lot of fun. I love doing that show.

MS: What are you working on next?
SW: I just finished a film with Elizabeth Banks, James Marsden and Gillian Jacobs called “Walk of Shame.” It’s scheduled to come out next March.