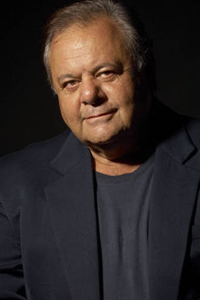 Paul Sorvino is probably best known for his authoritative heavy roles, most notably mob boss Paul Cicero in “Goodfellas.” But when he started out on his show business career he had dreams of being a famous opera singer. Classically trained he discovered the acting bug while attending the American Musical and Dramatic Academy in New York City. In 1972 he landed a starring role in the Pulitzer Prize and Tony Award winning drama “That Championship Season.” His work here got him noticed by Hollywood and he soon found himself getting small roles in such films as “The Panic in Needle Park,” “A Touch of Class” and “The Day of the Dolphin.” In 1975 he found himself starring in his own television series, “We’ll Get By,” which was created by Alan Alda.

The first time I saw Mr. Sorvino on screen was in the film, “Oh, God!” As the Reverend Willie Williams (if you watched religious television programming in the 1970s it’s clear that he was based on Ernest Angley), he is the man behind a lawsuit claiming defamation after John Denver’s character tells him that God wants him to stop ripping people off. The next year he starred in director John Avildsen’s follow-up to “Rocky” entitled “Slow Dancing in the Big City.” As a New York City reporter who falls in love with his neighbor, a ballet dancer, he gives one of his greatest on screen performances. He has continued giving great performances in films such as “Reds,” “Dick Tracy,” “Goodfellas,” “Nixon” and Baz Luhrman’s adaptation of “Romeo and Juliet.” He co-starred in the film version of “That Championship Season,” as well as a later television adaptation that he also directed. Besides “Goodfellas” he is probably best known for his two seasons as Sgt. Phil Cerreta on “Law and Order.” And lest you think he gave up on the singing career, you can hear his amazing voice in such films as “The Cooler,” “Repo! The Generic Opera” and “The Devil’s Carnival.”

While in Chicago filming his latest project, the drama “Precious Mettle,” Mr. Sorvino took time out to speak with Media Mikes about his career, justice at the Oscars and the fine art of slicing garlic. 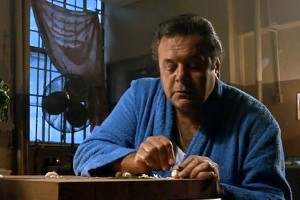 Mike Smith: Let’s get the important question out of the way first, which comes from my wife. Was that really you slicing the garlic so fine in “Goodfellas?”
Paul Sorvino: That’s an interesting question. A lot of people have asked me that. But I’m curious why she thinks it wouldn’t have been me! (laughs)
MS: I think it’s because she’s a great Italian cook and she remarks every time we watch the film that it takes a certain skill to do that.
PS: Tell her that I’m also a sculptor and a pianist. I also play the guitar. My hands are pretty well educated. Indeed that was me.

MS: Can you give us some insight into the character you’re playing in the film you’re currently shooting, “Precious Mettle?”
PS: It’s a wonderful script. The character is very rich. He’s a strong man…a police commander. But he also has a big heart. Without giving too much away I can tell you that it becomes a father/daughter story…a very, very emotional story. I like it because there’s a lot of emotion in it and a lot of tough guy too. And I like playing parts like that. 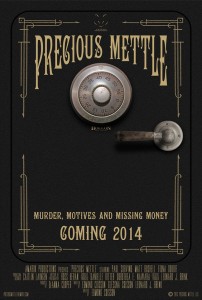 MS: You trained to be an opera singer and have performed in some of your films. Did you ever release and album or CD?
PS: I have and you can probably get it off eBay. It’s called “Paul Sorvino Sings” and I recorded it with the Seattle Symphony as a PBS special. I can also be heard on the cast albums of “Carmalina” and “The Baker’s Wife.” Those are the three recordings you can hear me on. I’ve sung with the New York City Opera. I’ve sung with the Seattle Opera. I’ve done a gala at the Metropolitan Opera. I’ll also be doing a concert tour in Canada in the fall. We start in Montreal in September.

MS: If you had a choice would you rather be singing or acting?
PS: (laughs) Both!

MS: My two favorite performances of yours are, ironically, the first two films I saw you in: Reverend Willie Williams in “Oh, God!” and Lou Friedlander in “Slow Dancing in the Big City.”
PS: You remember those? (laughs) Wow, you go way back.
MS: They’re also two very different roles. One is played for comedy and the other is quite dramatic. Do you have a preference of doing comedy or drama?
PS: Not really. If I’ve done a couple of comedies I’ll try to follow them up with a couple of dramas. I like to do both. I’ve just shot three very serious movies in a row. I’d love to do a comedy next. In fact my next film will be “The Devil’s Carnival 2.” That’s going to be zany! I probably wouldn’t call it a comedy but it’s a very different style.

MS: Besides that project what else do you have coming up?
PS: There’s a project of my own that I want to do called “Marietta’s Song,” which would star my daughter Mira and I would direct and write. It’s based on the story of my mother and I. I’ve always written. I was a copywriter in advertising and became a creative director. In 1985 I wrote the book “How to Become a Former Asthmatic” (NOTE: Mr. Sorvino has battled asthma his whole life and is the founder of the Sorvino Asthma Foundation in New York City). I’ve written many scripts but this 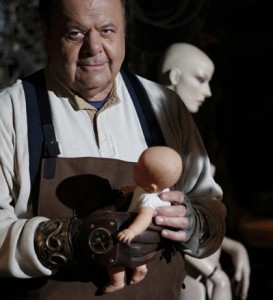 one is a true labor of love.

MS: Speaking of Mira, one of the most genuine emotional moments EVER in Academy Award history came when Mira thanked you from the stage after winning the Oscar for her role in “Mighty Aphrodite.” Can you describe what you were feeling at that moment?
PS: Nothing was going through my mind, I can tell you, but my heart….I was just so happy! Happy that justice had been done. She’s a great actress who gave a great performance. Oscar justice is not always done… as we all know, life is not fair. But that night justice was served. My heart was overflowing with pride and happiness. I wasn’t thinking anything but I was feeling all of that. I couldn’t believe that she said that…it was a wonderful time where a billion people saw the wonderful relationship between a father and a daughter that’s very rare to see on television. I was just so proud of my daughter. I’m proud of all my children.