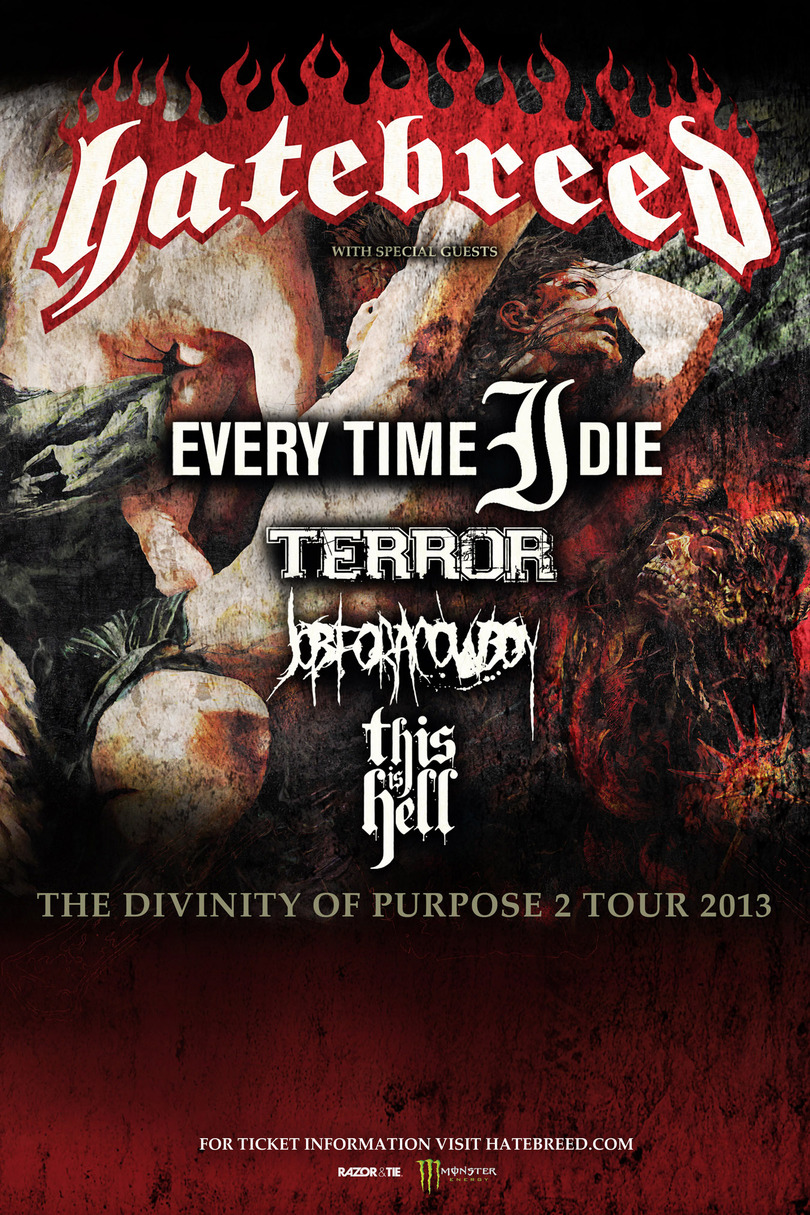 The Water Street Music Hall in Rochester, NY was the second to last stop on Hatebreed’s “Divinity of Purpose 2 Tour”.  Along with the veteran hardcore band were special guests Every Time I Die, Terror, Job For A Cowboy and This Is Hell. Though the show was at the end the tours second leg each band appeared to be somewhat dedicated to putting on a solid performance.

This Is Hell from Long Island, NY opened up the night with solid performance that was pure NY hardcore. Fans still making their way into the venue quickly moved towards the stage providing the band with ample applause. Job For A Cowboy would take the stage next for a brief set that for me fell flat. The band appeared stiff and offered little to no interaction with the crowd. Victory Records artist Terror would be next and were intense from start to finish. Vocalist Scott Vogel commanded the audience often joining them by jumping the security barrier or by giving them the microphone to sing several notable lines of the band’s songs. Terror’s 30 minute set seemed to be the turning point for the night igniting the crowd’s energy. Nearby Buffalo, NY natives Every Time I Die would take the stage next to chants of “Let’s Go Buffalo” and proceeded to destroy anything that got in their way. Midway through the set guitarist Andy Williams and company launched into a thunderous breakdown of Pantera’s “Domination” which 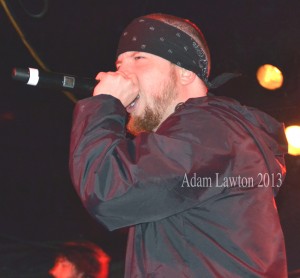 was just spot on. Tour headliner Hatebreed would close out the night performing songs from their vast catalog including “Last Breath”, “Perseverance” and the always popular “This Is Now”. Early on in the set lead singer Jamey Jasta halted the show due to several fights taking place in the middle of the floor. Jasta spoke harshly to the crowd telling them that everything spoken during the night was about “positivity” and respecting one another. No other stops were required and those in attendance seemed pleased with the bands 17 song performance which wrapped up shortly before midnight.

Though most of the sets were brief the night still proved to be a good time.  When the band on stage may have been at a bit of a lull in their sets the audience made up for it. At times I felt the crowd was just as, if not more entertaining to watch than the band on stage. Fans overseas wanting to catch the show will have the chance when the band is in Europe from April 27-August 6.