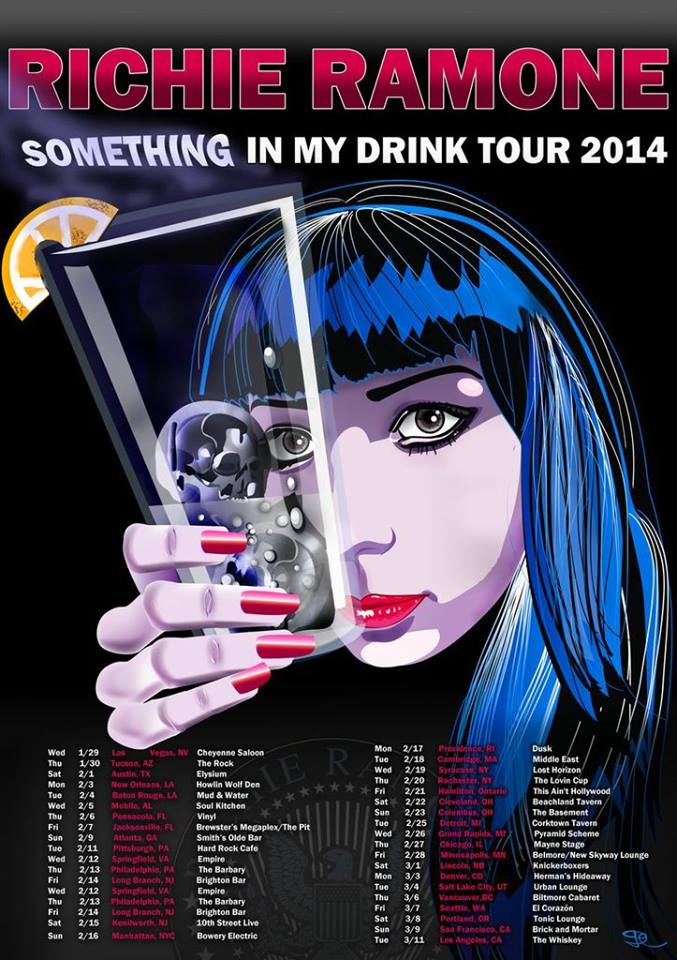 Former Ramones drummer Richie Ramone made a stop at the legendary Lost Horizon in Syracuse, 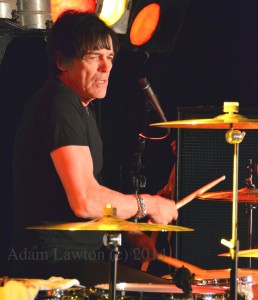 NY on February 19th as part of his 2014 “Something in My Drink” tour. The gig was an intimate in your face experience as Ramone and company treated the crowd to slew of Ramones classics as well as songs off Ramones debut solo album “Entitled”. Though Ramone had some stiff competition with SU Basketball also being in town it did little to phase the fans or the band as all eyes were on Richie.

Starting off the night was a local act by the name of Home Court Advantage. The groups sound was a mixture of pop-punk that teetered on the edge of straight forward rock as the group mixed cover and original material. Though as the group’s name may have suggested they may have in fact had the home court but there was certainly no advantage as at several times throughout the brief set it seemed as though the band members were all playing something different which resulted in a number of timing issues. Next to take the stage was another local act by the name of One Last Shot. The group’s metal-core sound was promising as it was quite a bit of a departure from the previous band and a bit more refined. Sadly the minute the singer opened his mouth any promise the band may have shown went directly out the window. Dressed in homemade pants fashioned from duct tape the singer read like a cheap Darby Crash knock off. This really was a disappointment due to the tightness of the backing band however, they were able to get the crowd somewhat warmed up for the headliner so I guess their mission was accomplished.

After a brief set change Richie Ramone and company would take the stage. Flanked by the lovely an 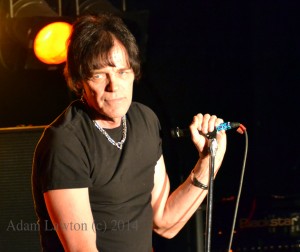 d always entertaining Clare Misstake on bass, the energetic Alex Kane on lead guitar and multi talented rhthym guitarist/drummer Ben Reagan, Richie proceeded to take the audience on a music joy ride that enticed several circle shaped pits and pogo Malays fitting of the high octane 180 beats per minute music that was being performed. From classic songs like “Somebody Put Something In My Drink” to “Commando” and “Something to Do” to newer songs like “Entitled” and “Smash You” which are featured on Ramones new Solo album Richie and his crew held the audience in their hands and left them wanting more. Don’t let the fact that Richie now in his 50’s is going to slow or dull down that legendary break neck speed or sound synonymous with the Ramones name as he appears to be at the top his game and ready to take on the world.

The U.S. leg of the “Something in My Drink” tour runs through March and from there the band will be heading overseas for a group of shows in Europe. I highly suggest going out to see the band as Pinheads and Animal Boys both new and old will not be disappointed.

3 Replies to “Concert Review: Richie Ramone “Something in My Drink Tour””