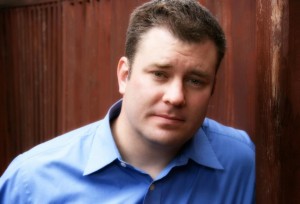 Former NYU student Justin Evans has been making movies since his school days, his latest inarguably his biggest feature to date. His latest film, “A Lonely Place for Dying,” stars Oscar nominee James Cromwell and “Hitchcock’s” Michael Wincott and will be released in the U.S. via iTunes on February 12, 2013. While preparing for this interview I learned that the film, a cold-war era thriller set in the 1970’s, has recently been banned from playing in Russia. Though Evans, who both wrote and directed the film, has received no official reason for the ban he assumes it’s because of his film’s controversial storyline. While preparing for the film’s release Evans took the time to answer some questions for Media Mikes.

Mike Smith: You co-wrote the script for “A Lonely Place for Dying.” What was your inspiration for the story?
Justin Evans: I’ve always been fascinated by the Cold War. It was a dirty, grimy, ethically confused game of global chess that somehow has a sense of romance and nostalgia for me. I have a particular affinity to the subject because I’m a Volga German. Our family immigrated to Russia in the 18th century and turned the Steppes into farm land. Russia made us two promises; the land would be ours forever and since we were not Russian we could not be forced to serve in 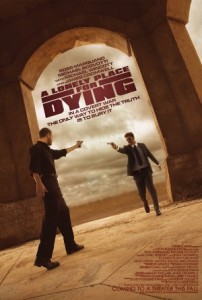 their military. The Bolsheviks broke both promises with our people and my great-grandfather immigrated to the US in 1918. With a personal history of that scope I think it’s obvious why I’m obsessed with the Cold War.

MS: Even though the film was modestly budgeted it is well crafted, especially the special effects. How were you able to achieve this?
JE: Old fashioned hard work. I’d served as a visual effects supervisor on other projects. I found two VFX artists on the Internet and the three of us worked together for about four months. They completed about 250 visual effects shots. Most of them are hidden; the sky replacements, the sub-frame editing, digitally enhancing fake blood that was used on set..all of that work disappears into the background but provides a level of polish that is absolutely necessary in professional filmmaking. The glitzy stuff is the B-52 bombers and Washington DC street traffic. However, some of the invisible stuff was far more complicated. We did the work remotely. Occasionally, one of the artists would come to my house and we’d polish a shot on our Macbooks. We’d just hang out in my living room, drink some Red Bull and power through some shots while leaning over my ottoman. The tools are cheap. Its simply a question of how hard you’re willing to work. I’m lucky that I found two guys, Daniel Broadway and Marc Leonard, who have old-school work ethics and truly love their craft.

MS: In your opinion, does the continued quest for studios to have the all important opening weekend high gross make it hard for someone like yourself to get your stories told?
JE: That’s not what’s stopping us. Its more subtle and more pervasive than that. Its an intellectual laziness that says “I’ve never heard of you therefore you can’t possibly be talented.” We were told by a VP at Warner Brothers that he wouldn’t look at the movie “because if it were hot someone else would have looked at the movie and I’d have 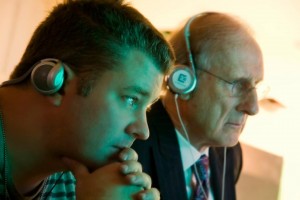 heard about it.” I released 22 minutes online and it was downloaded over 1.5 million times…and agents at Endeavor said “If this mattered it would be reported in Variety.” An ex-executive from Universal told us “I don’t understand your film. It’s a mainstream movie. It’s smart and its a popcorn film. But you don’t have big stars in it. You should have made something weird or cast Tom Cruise. Right now, you got nothing.” We were in 46 film festivals, nominated for 53 awards, won 29 including 18 for Best Picture. No one in the industry cared. Our trailer was downloaded 2.5 million times from iTunes Movie Trailers. No one in the industry cared. And no one ever said “I saw your movie and I don’t like it.” They said “I’m not willing to watch your movie because you’re not famous.” You can’t catch a break because the intellectual laziness creates a negative feedback loop.

MS: You did pretty much everything on this film except run the catering truck! Do you eventually want to narrow your career to one vocation, be it directing or writing, or are you happy having a hand in pretty much everything?
JE: I don’t know how to not be involved in everything. I know Photoshop so well that I can do the graphic design myself faster than if I had to explain my ideas to someone else. I’ve designed lighting and lenses and projectors so unless I can afford the world’s most expensive cinematographers I might as well do it myself. I interviewed a cinematographer for “A Lonely Place For Dying” and as I showed some of my storyboards the person wanted to know the mood of a particular shot. I said we’d have huge beams of god light coming in through these basement windows. The cinematographer blanches and says “That can’t be done unless you have 10K HMI’s.” I said “That’s not true; volumetric lighting is a matter of particle density, not light intensity. I can make a volumetric light with a flashlight if I have enough smoke in the air.” The cinematographer insists I don’t know what I’m talking about…and after awhile you get tired of those kinds of debates. Its just easier to do it yourself. I’m not trying to. Part of it is that I’m an Aspie and I really struggle with rephrasing things with the social lubrication people need so the truth can slip past their defenses. Its even worse if you can’t here my vocal tone or see my facial expressions. My communication style, when stripped of these nonverbal queues, makes me sound like an asshole to a certain type of person. I’m just stating facts; I willingly give up control when I find competent people. If I can’t…then I might as well do it myself. Hopefully I don’t sound like too much of a jackass saying that out loud. That being said, there is plenty I didn’t do. Brent Daniels 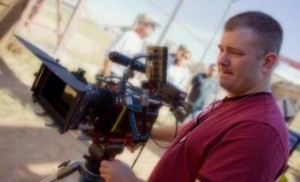 did all the sound. Alone. By himself. He built the 5.1 mixing facility in his home and he put close to 1,500 hours into the dialogue, sound effects, music and mixing of this film. Ginger Ravencroft is a dear friend and a hell of a still photographer. She’s the reason we have 12 gorgeous theatrical posters. Daniel Broadway and Marc Leonard did 250 visual effects shots for the film. Without those people the movie would not be as good. So, I think the most accurate thing to say is while I wear many, many hats so do the people I trust the most.

MS: Are you planning anything currently?
JE: I’m the president of BryteWerks. We’re about to release our flagship digital motion picture projector. We have about 5 employees and an additional 25 contractors working on various engineering projects. I can’t go into the details of everything we’re doing but we’ve got some really cool products coming down the pipe. And I will get back to directing…but not until we finish our motion picture projector. We have pre-order customers to satisfy and this is a chance to really shake up the world. I’m already writing my next project. The rest is a secret.